The Story Of Venture I - Part Five 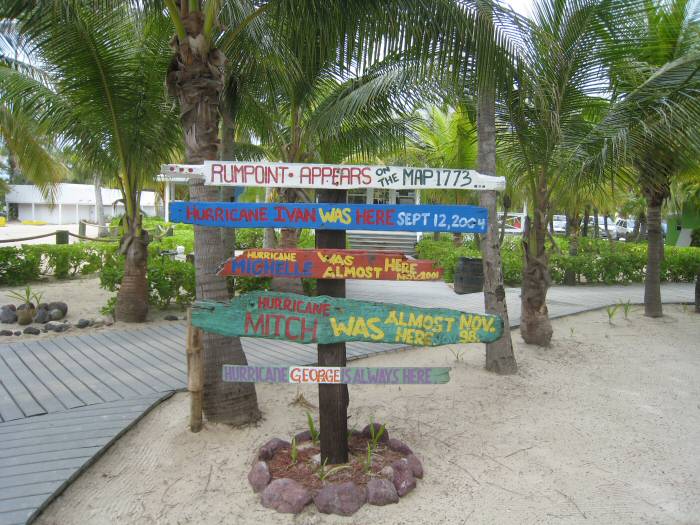 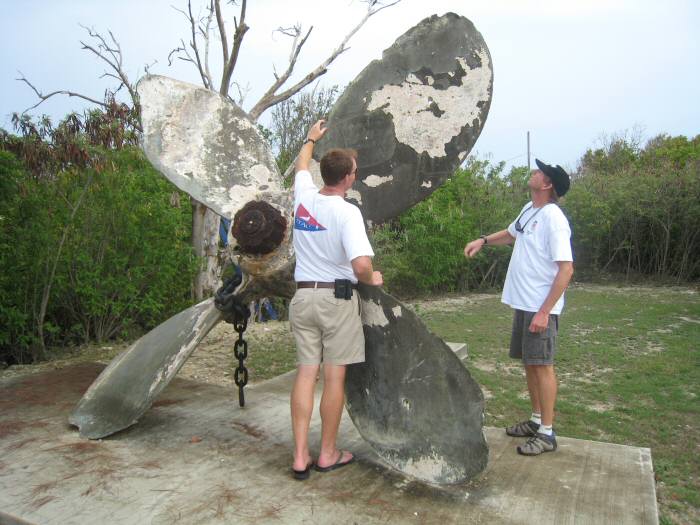 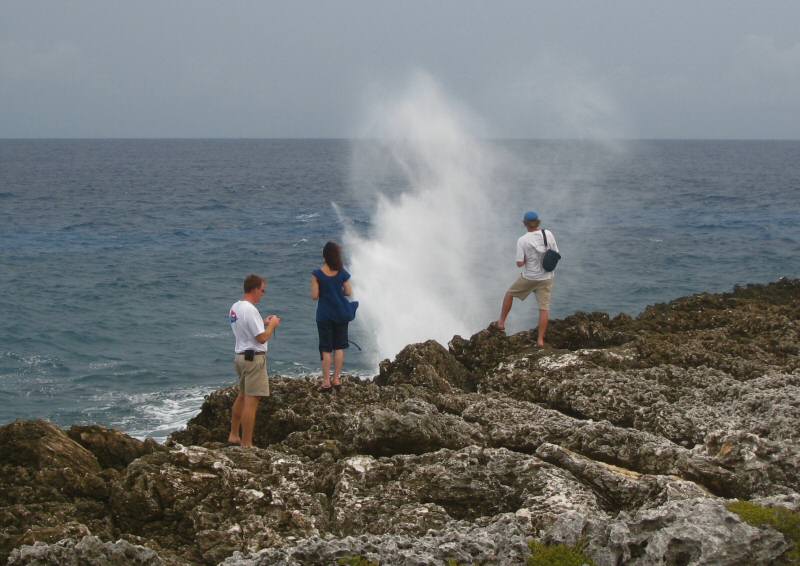 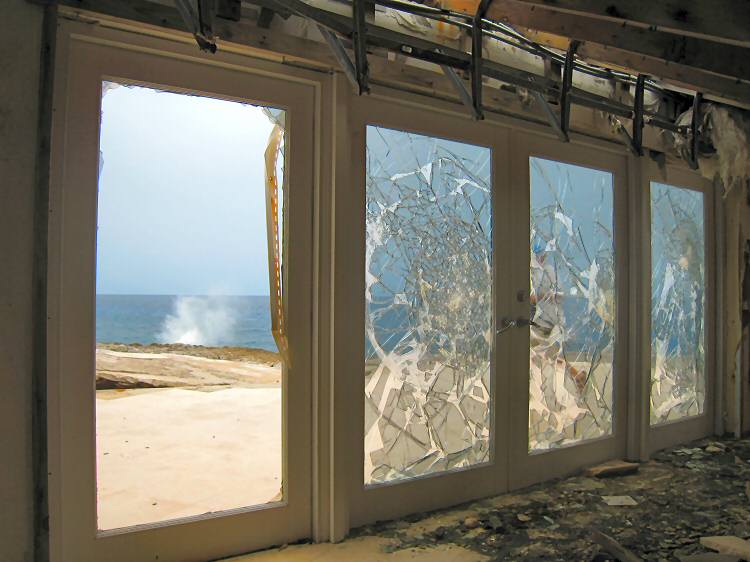 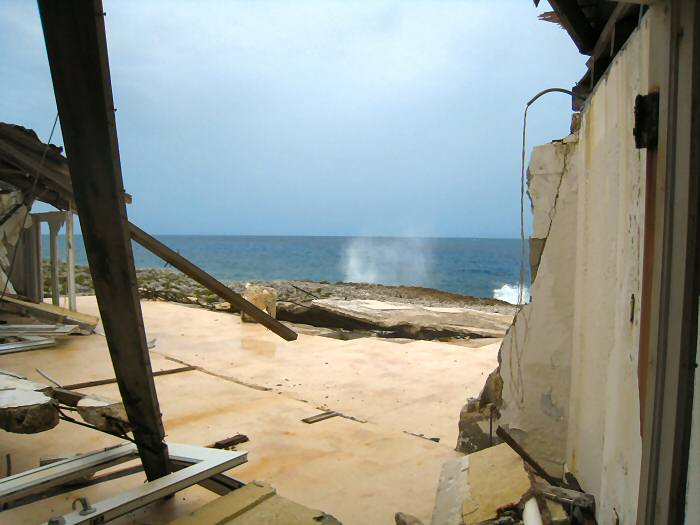 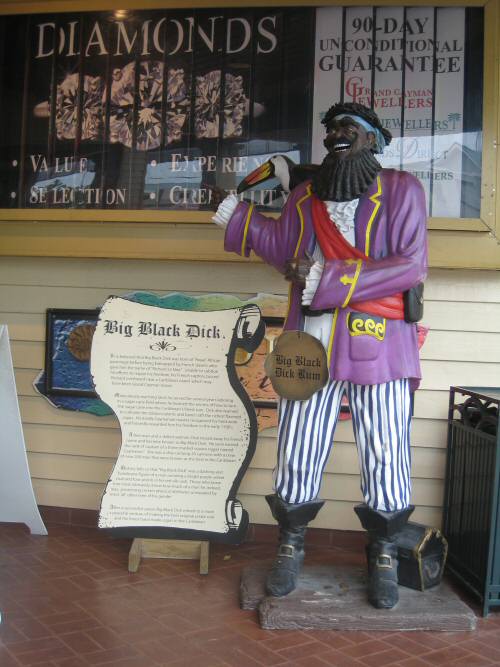 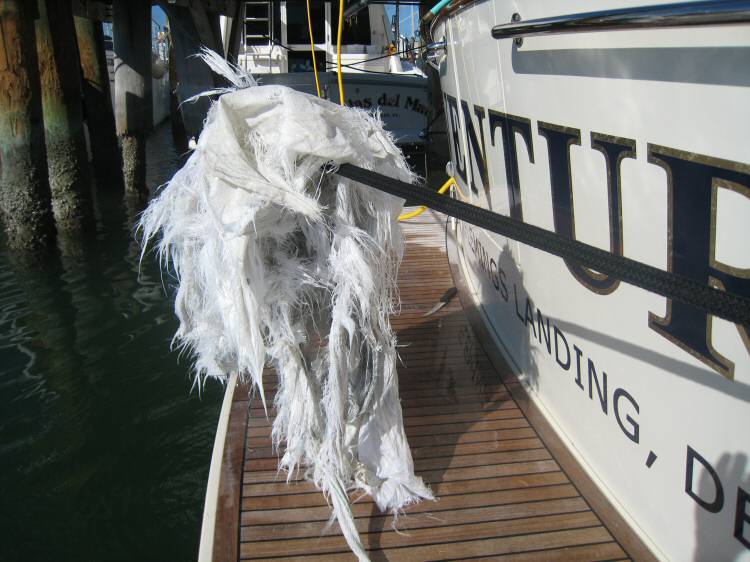 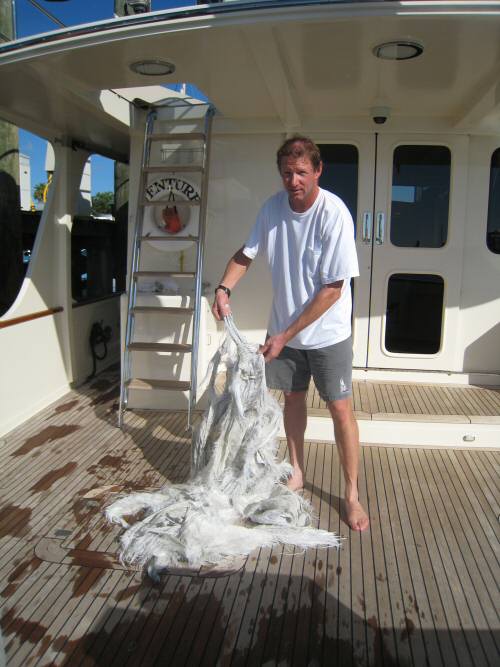 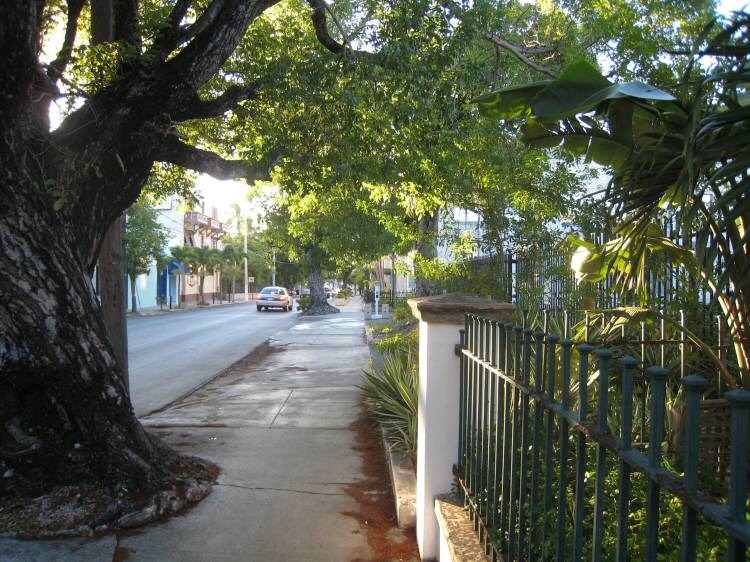 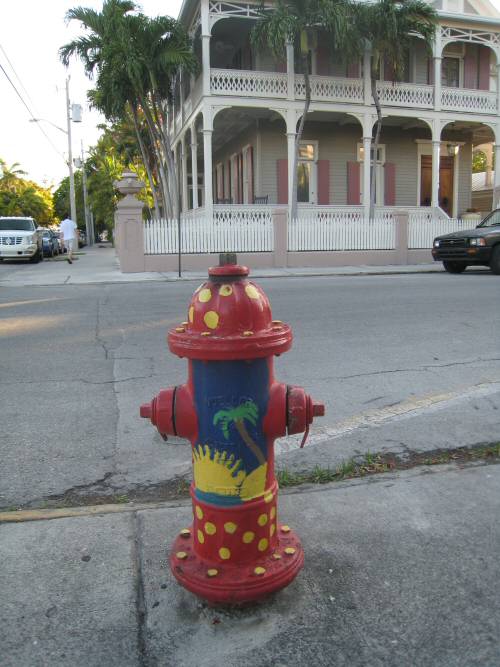 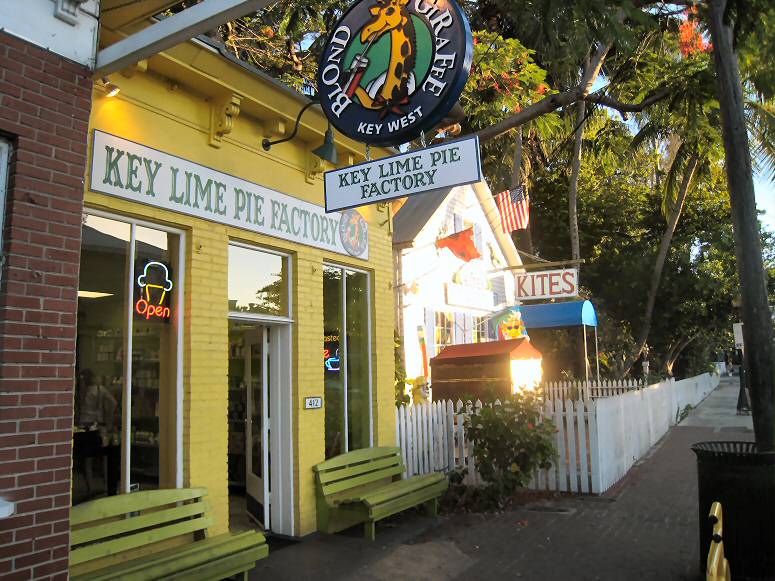 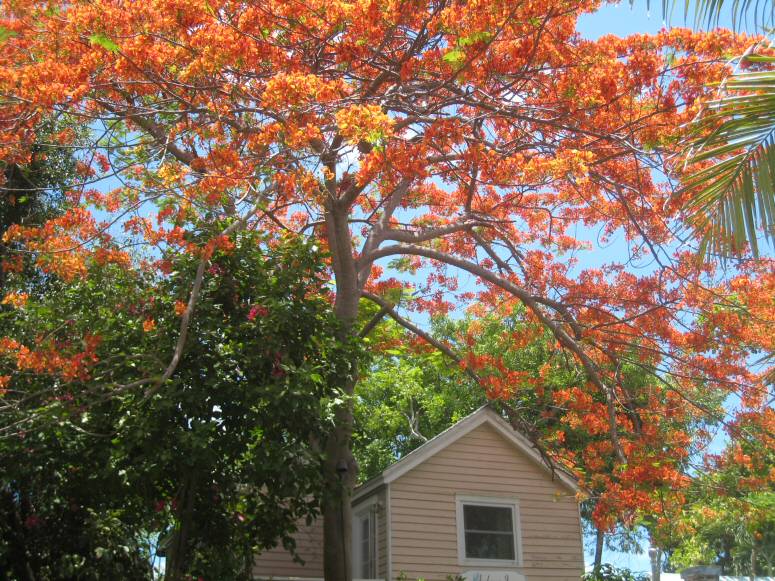 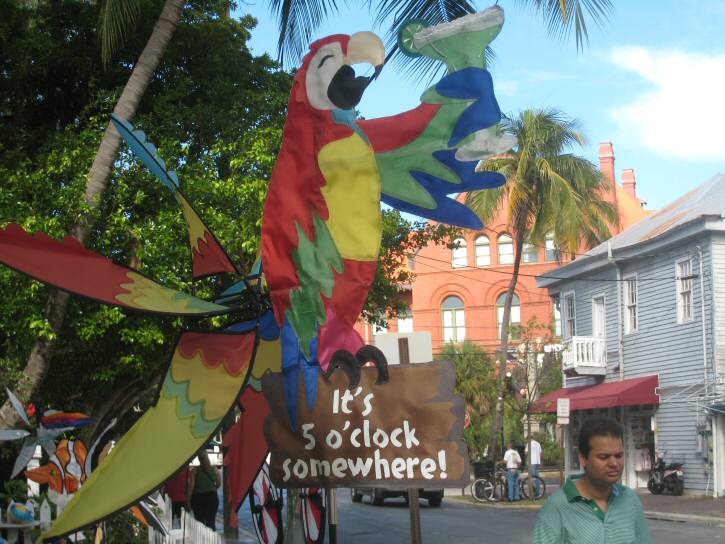 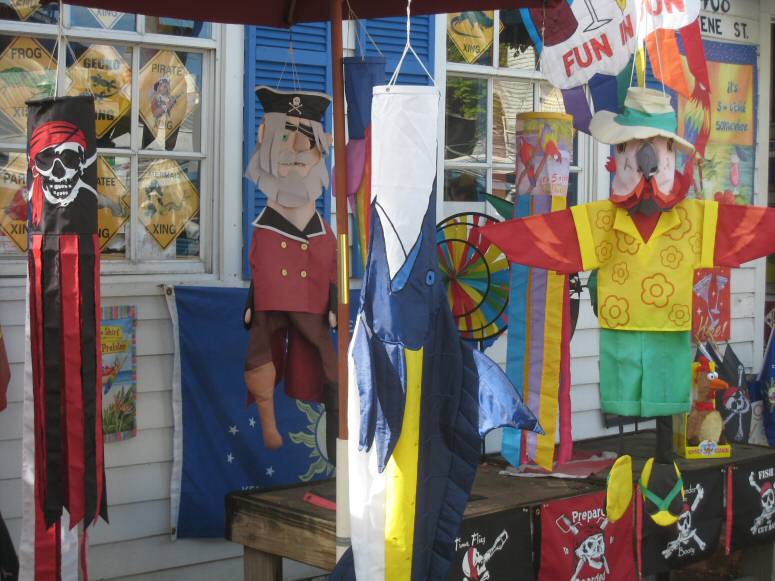 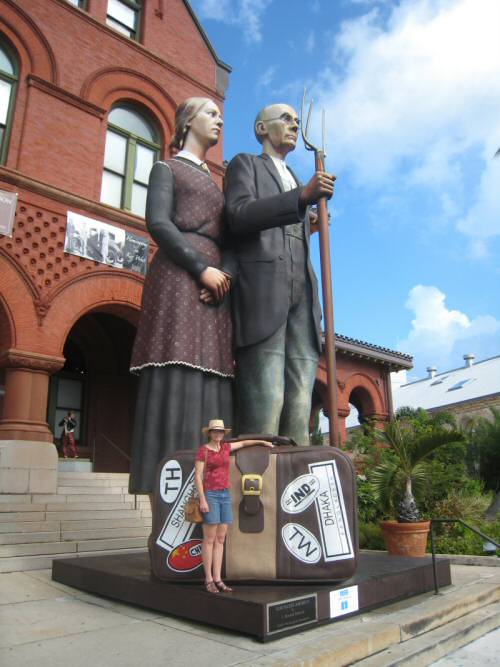 We left Colon at 0530 the following morning and, after threading our way through the shipping waiting to transit the canal from the Caribbean to the Pacific, we set course for Grand Cayman Island 600 miles away. Actually, there are many interesting places to visit in Belize as well as the isolated Columbian island of La Providencia which has been dubbed one of the most beautiful islands in the world, but the hurricane season was upon us and we could not dally. The weather was quite rough on this 60 hour leg and we encountered many ships heading south towards the canal.

At only 50 ft above sea level Grand Cayman was not visible to the naked eye until we were only a couple of miles away. In fact the strange wing-shaped object we spotted apparently rising out of the sea turned out to be the distinctive stack of a Cardinal cruise line ship anchored in the harbour.

We called harbour security and were instructed to tie to a designated mooring just off 7 Mile Beach. The following morning a patrol boat visited us at 0630 and chided us for not flying the yellow quarantine flag which we hastily hoisted. They escorted us to the "processing" dock in Georgetown where our papers were checked and we were cleared to enter one of Britain's very few remaining colonies.

Grand Cayman is a fishhook-shaped island with North Sound being a shallow bay lying within the curve of the hook and we took Venture around West Bay at the very tip of the hook to cross North Sound with barely 3ft beneath our keel to tie up at the Cayman Islands Yacht Club.

The Cayman Islands are hundreds of miles from anywhere and, being so low lying, are vulnerable to hurricanes. There is no adjacent land to mitigate their ferocity and nowhere to run to escape their onslaught. Grand Cayman was hit by hurricane Ivan on September 11th 2004 packing sustained winds of 155 mph with gusts in excess of 200. Even in 2008, evidence of the devastation was still visible from, on one hand, the wealth of new construction and, on the other, the smashed remains of abandoned structures considered too exposed to rebuild. The vegetation too had taken a savage beating as evidenced by the shattered branches of once graceful casuarinas.

We hired a car and toured the island which was larger than the impression given by the map. Grand Cayman is reputed to be the place from which pirates and buccaneers mounted their attacks on Spanish treasure ships and the local tourist industry capitalizes on the pirate connection in many diverse ways.

We found that Sunday is a day of rest unless a cruise ship comes to town and shops and supermarkets remain shuttered all day. We refueled from a truck which came to the dock alongside the boat, even on Sunday, and early the following morning we got underway for the 500 mile trip to Key West. We crept cautiously out over the shallows of North Sound and headed directly into ominously black clouds shot with bolts of lightening.

The first day was one of the most comfortable of the ocean passages we had experienced so far but things were to change as soon as we passed through the Yucatan Channel and rounded the western tip of Cuba. North of Cuba the Gulf Stream runs at 2-knots from west to east and an opposing easterly wind blowing up to 30 knots resulted in unpleasantly short seas. Sometime in the middle of the night, under these trying conditions, we picked up something on the port propeller. We backed down to get rid of it but we could still feel a tremor on the port shaft. We moved closer to the Cuban coast to avoid the full weight of the Gulf Stream but found ourselves in a countercurrent which slowed our speed over the ground to barely eight knots while still leaving us to contend with the rough seas.

We were not able to put into Cuba because that island has been designated an enemy of the United States of America which means that anyone leaving one US cent behind on that island is guilty of trading with the enemy. I am not sure I follow the logic of the US maintaining a base and a prison on enemy territory but, under current conditions, unpleasant consequences lie in wait for any US citizen returning to their home country after a visit to Cuba.

In the early hours of the morning, with lights of Havana looming over the horizon, we turned north away from this dangerous coast and headed into Gulf Stream. Immediately our speed over the ground increased by more than three knots and, with the coming of daylight, the wind reduced and conditions improved.

As we approached the waters south of the Florida Keys, the volume of shipping grew tremendously with ships heading west into the Gulf of Mexico as well through the Yucatan Channel and the Panama Canal. We had to alter course to avoid some close encounters although, surprisingly, ship speeds averaged 13 knots rather than the 25 knots we had seen in the Pacific.

We pulled into Bight Marina in Key West just after noon on June 5th, relieved to be at rest in nice smooth water. We were also back in the USA for the first time in over six months although Key West has such a unique and colorful flavor that we could easily believe that we were still in a foreign country. We were allocated a berth alongside pilings right in the heart of town where we were highly visible by anyone walking the waterfront and by people aboard the huge catamarans taking visitors out to the reef and to Dry Tortugas.

A diver took a look at our port propeller and reported that it looked like a gigantic fuzz ball which, after he had removed it, turned out to be the remains of one of the big white cargo bags used to transport bulk cargoes such as grain or powdered materials. For those unfamiliar with them, these are made of woven plastic material with strong webbing supports. It is impossible to imagine how a mild tremor had been the only noticeable evidence from a propeller encumbered in this way. (see photo)

While waiting for the weather to settle down we spent the next three days visiting local points of interest. Earnest Hemingway was at his most prolific when he lived here. His house is open to the public and his name appears in various guises all around town. We climbed to the top of the lighthouse and even visited the cemetery where the departed are placed in vaults and stacked six high above ground under the shade of riotous flame trees. We devoured key lime pie which is not only on every menu but even has stores that sell nothing else. We visited the Mel Fisher's Treasures museum to view some of the treasures salvaged from the Spanish treasure ship Atocha which ran onto a reef a few miles from Key West in 1622. We took a stroll down Fleming Street and enjoyed meals in a number of local restaurants, from many of which live music rang out into the busy streets.

We had only one remaining sea passage of any length before we reached Fort Lauderdale on the coast of mainland Florida where we would have the option of being able to follow the coast using the Inland Waterway if the open Atlantic Ocean should prove too uncomfortable. Not wishing to arrive in the middle of the night we waited until 11AM before getting underway from Key West. However, we had not reckoned on the push we would get from the Gulf Stream and our speed over the ground reached as high as 11.8 kts with the engines turning at 1,000 rpm and each burning just 3.7 gph. That is less than 2/3 USG (2.4 litres) per mile. Despite hanging about offshore and diverting around a thunderstorm we still pulled into the fuel dock at Bahia Mar just before 6AM with the faintest hint of dawn staining the horizon.

After being in so many remote places it was something of a culture shock to find ourselves cruising through the middle of a brightly lit city surrounded by imposing buildings and huge private yachts - many of them tied up in front of waterfront mansions fringed with swaying palms. But it is here that I am writing this latest update.

Venture has now carried us close to 16,000 miles with 6,000 of those miles in the nine weeks since we left the La Paz area on April 12th. For the next six weeks our boating will follow a more conventional pattern as we make our way north through waterways, canals and the St Lawrence Seaway en route to Nova Scotia.