Vancouver Island to the Aleutians and Beyond - Part Three 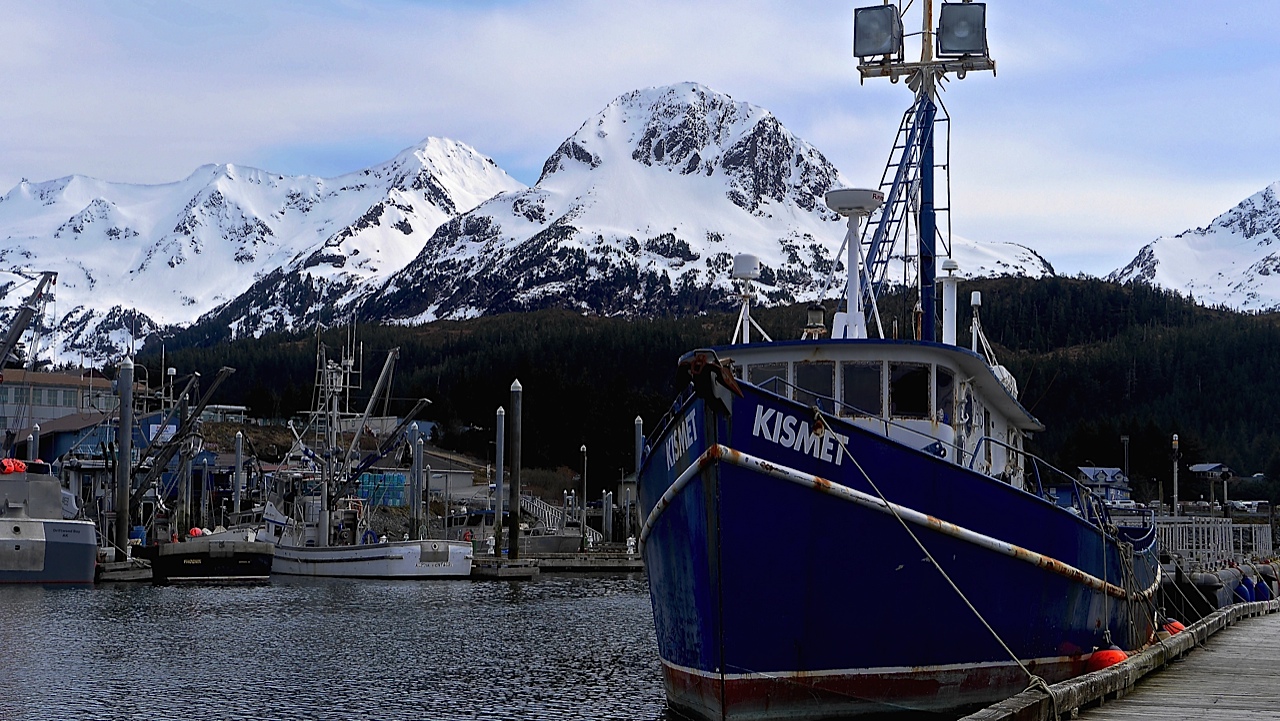 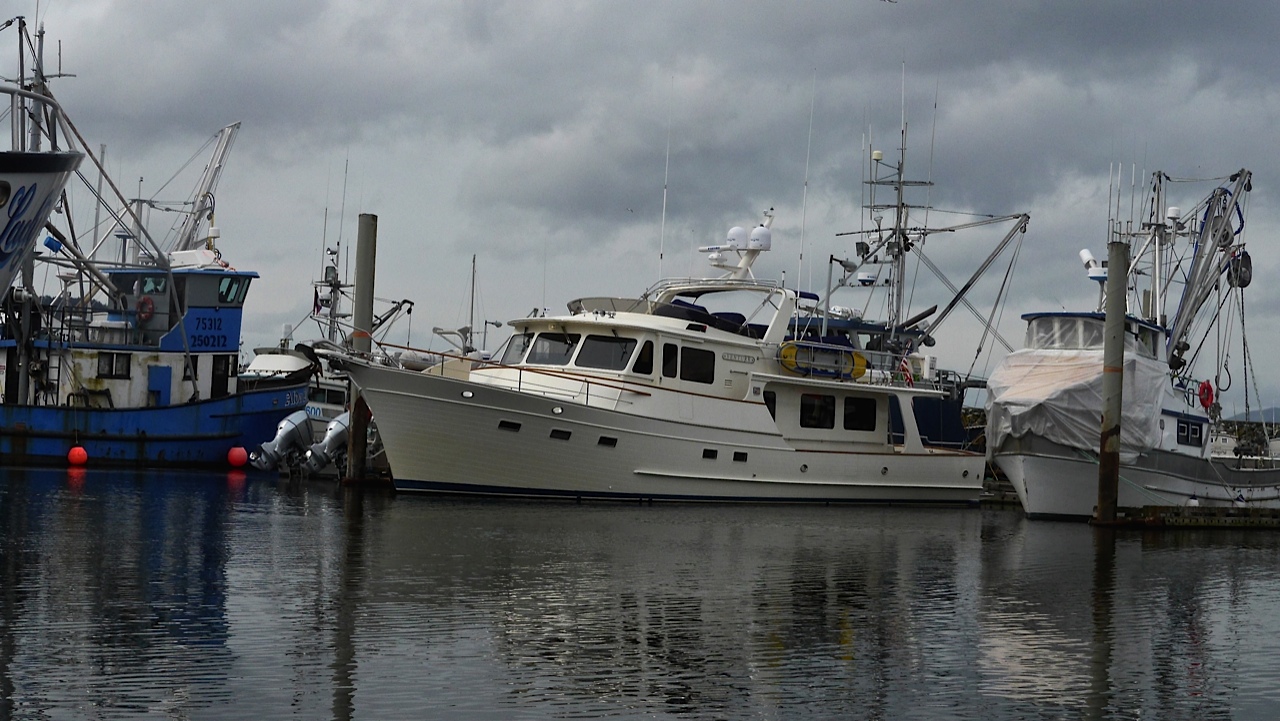 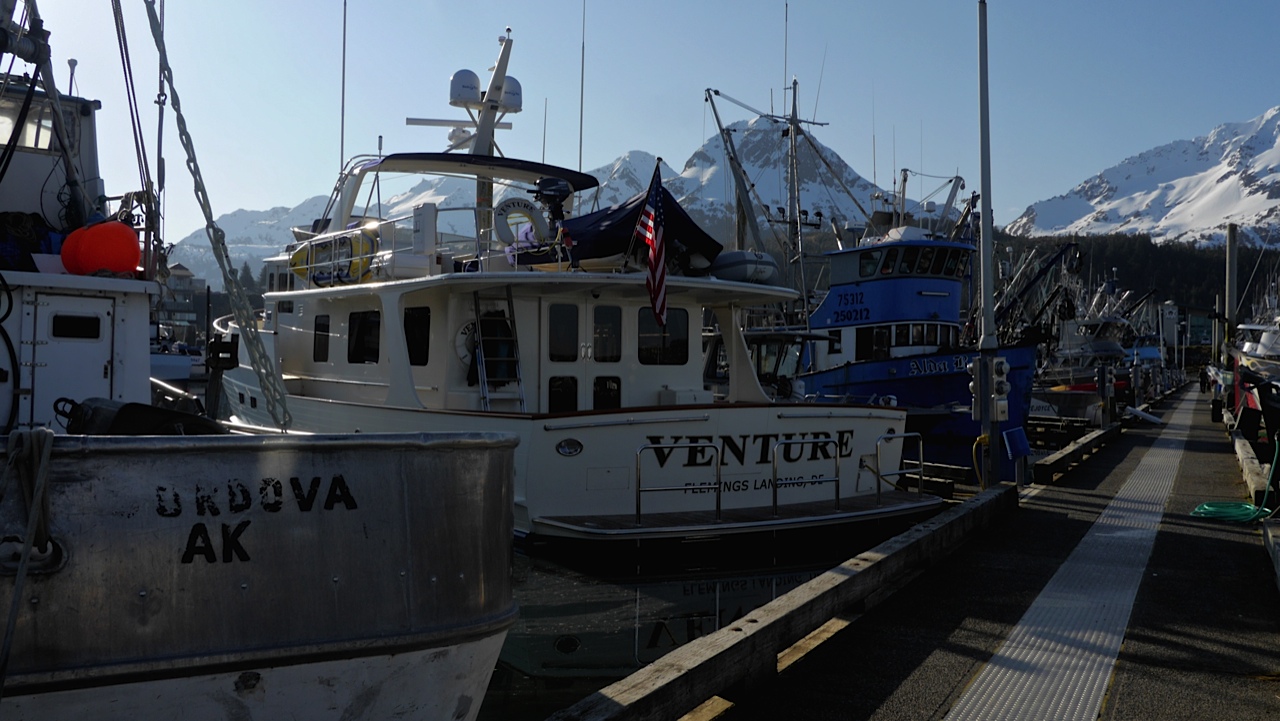 Venture in her slip 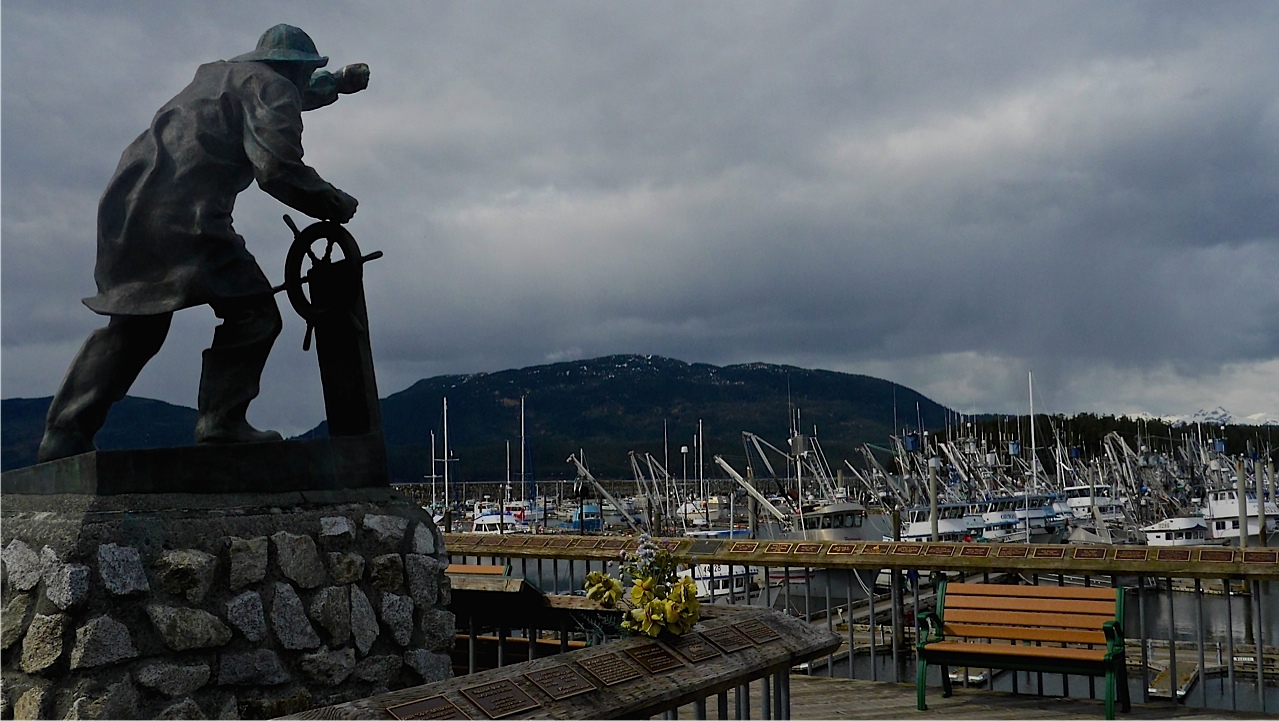 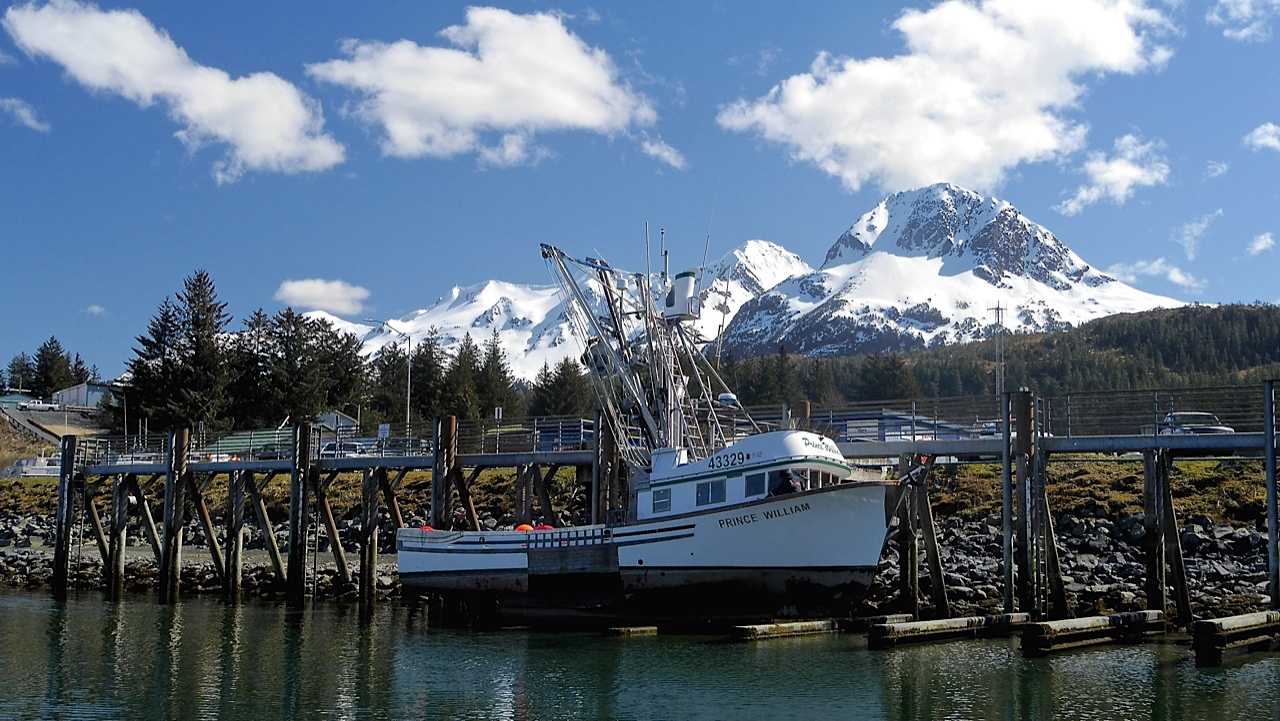 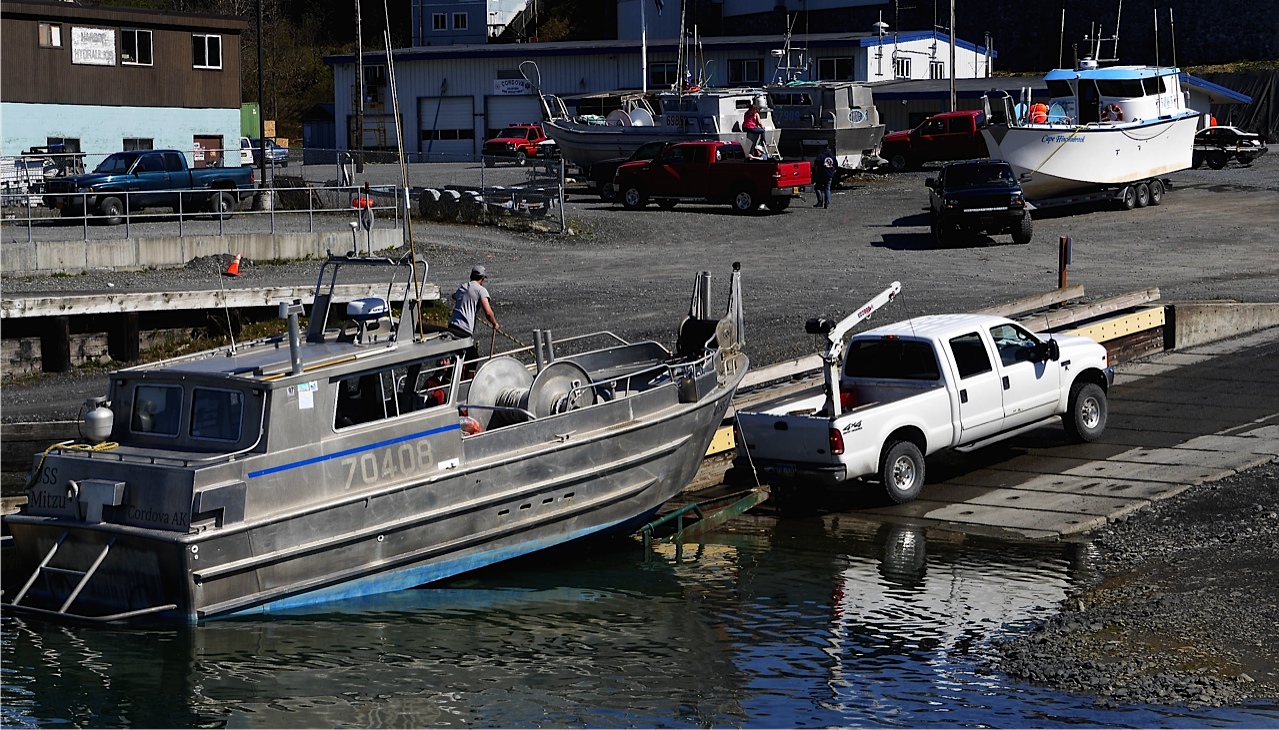 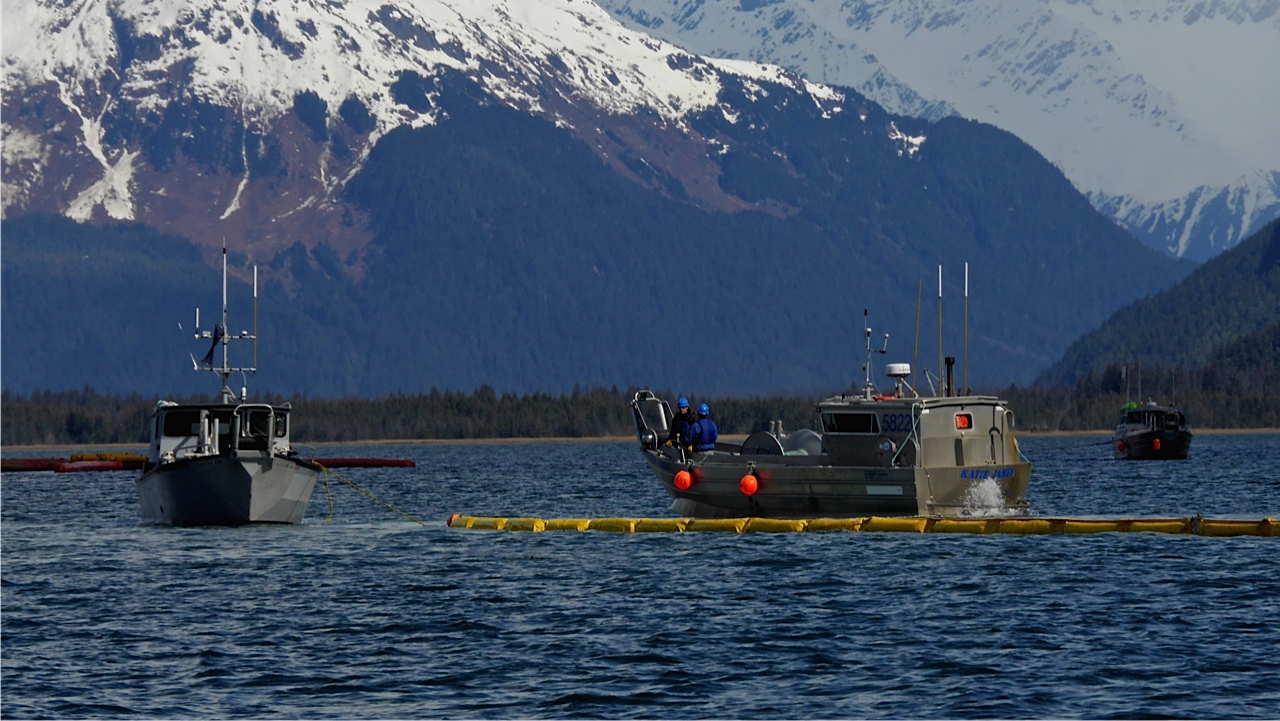 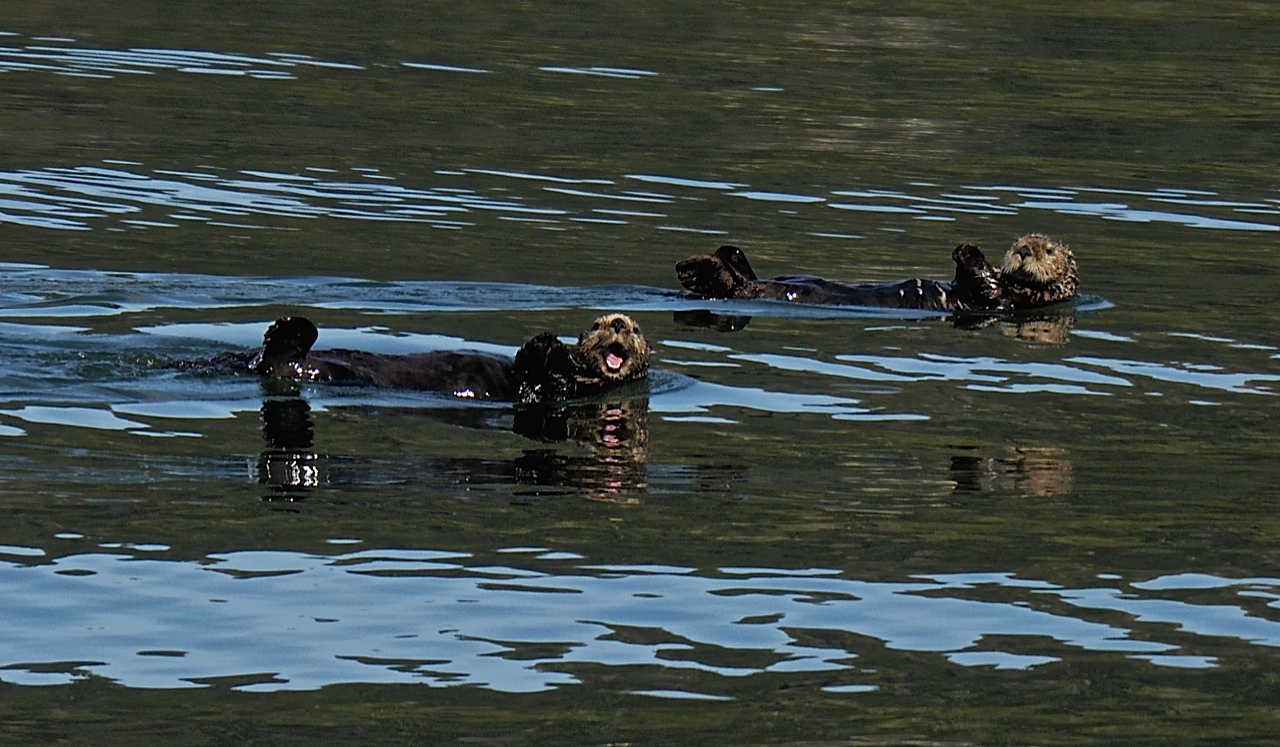 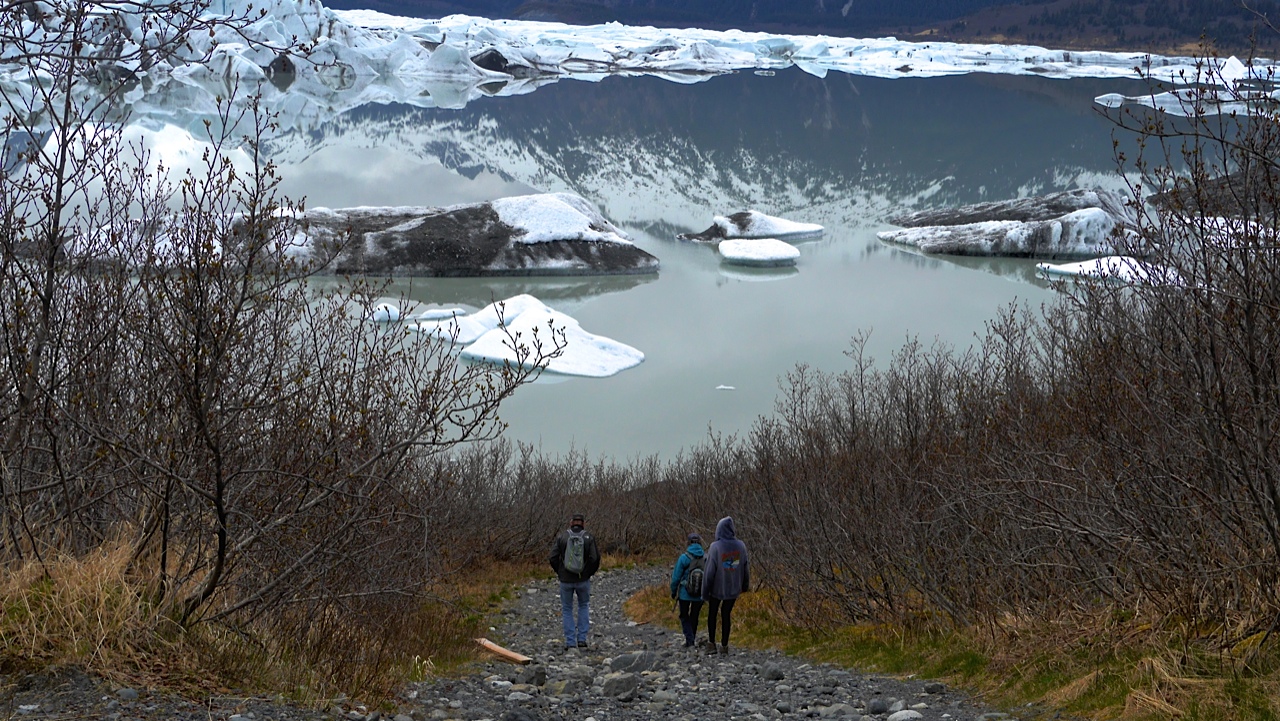 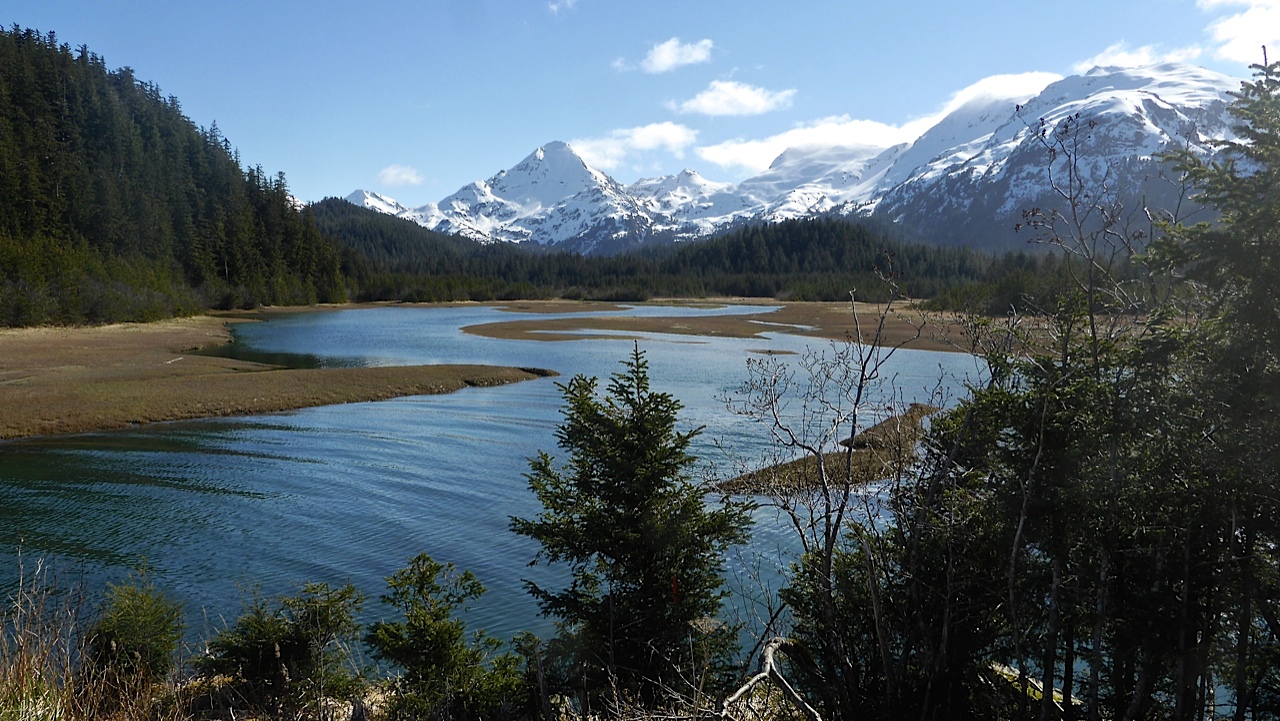 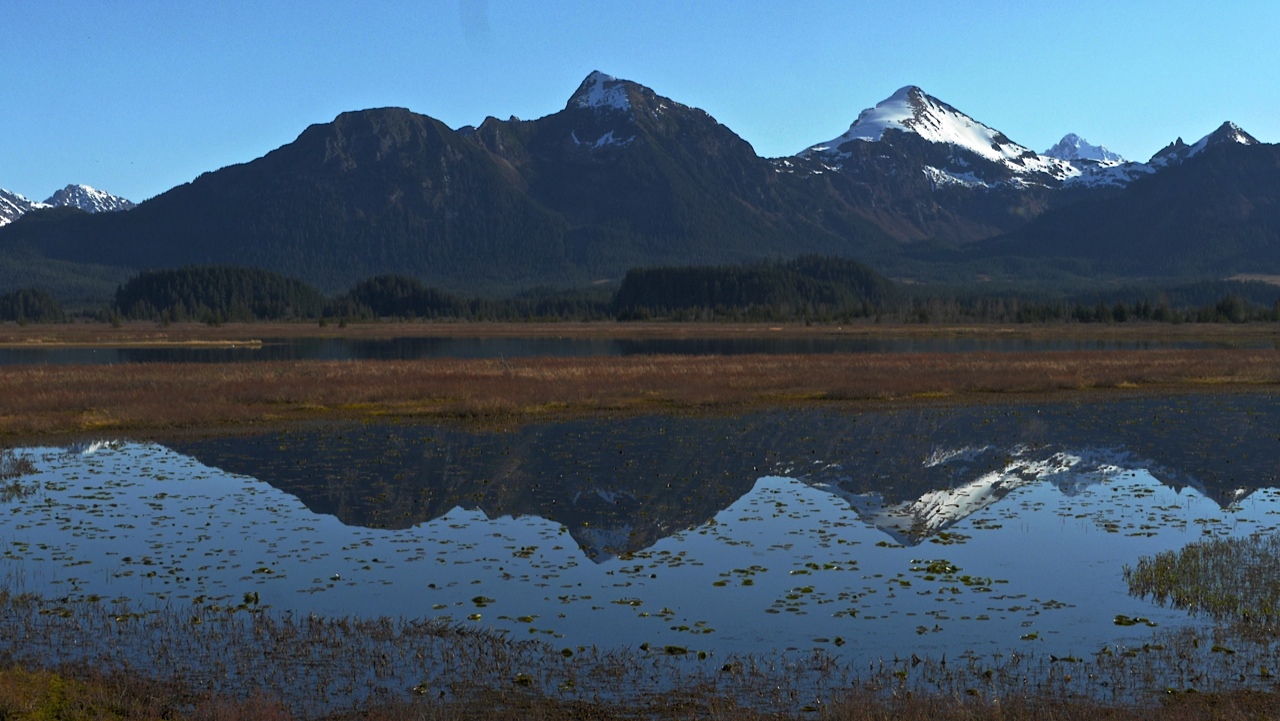 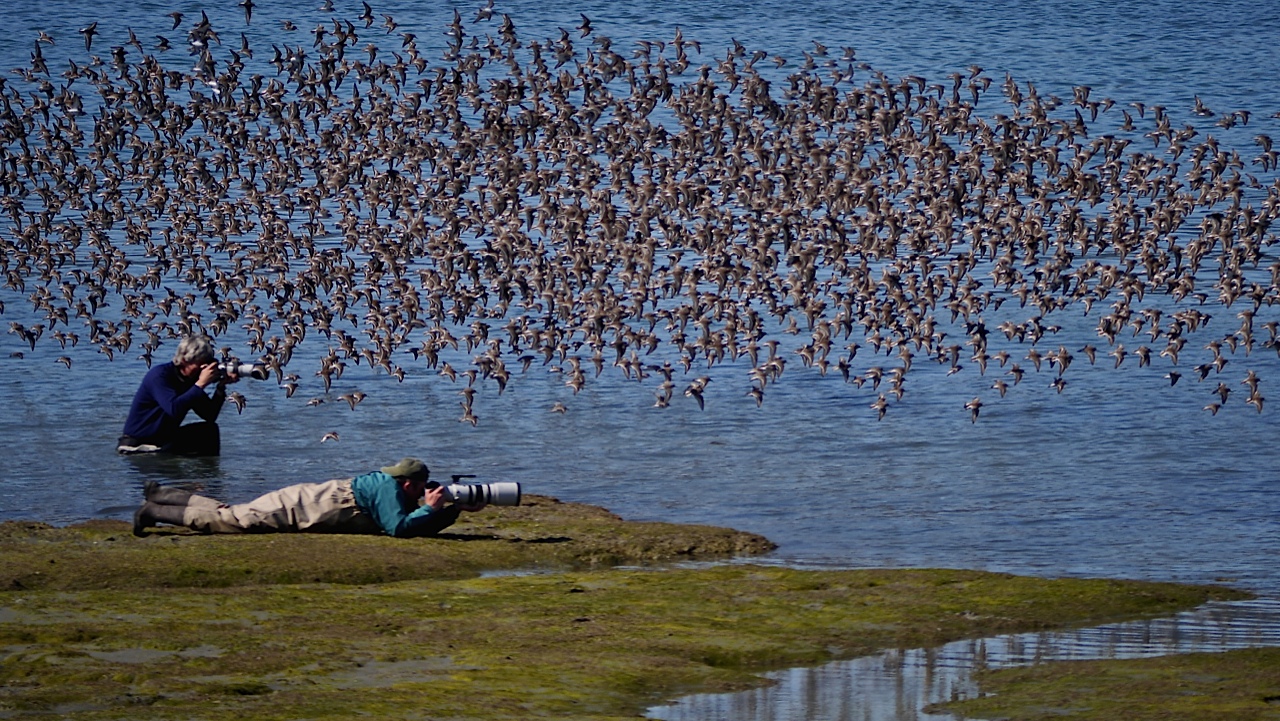 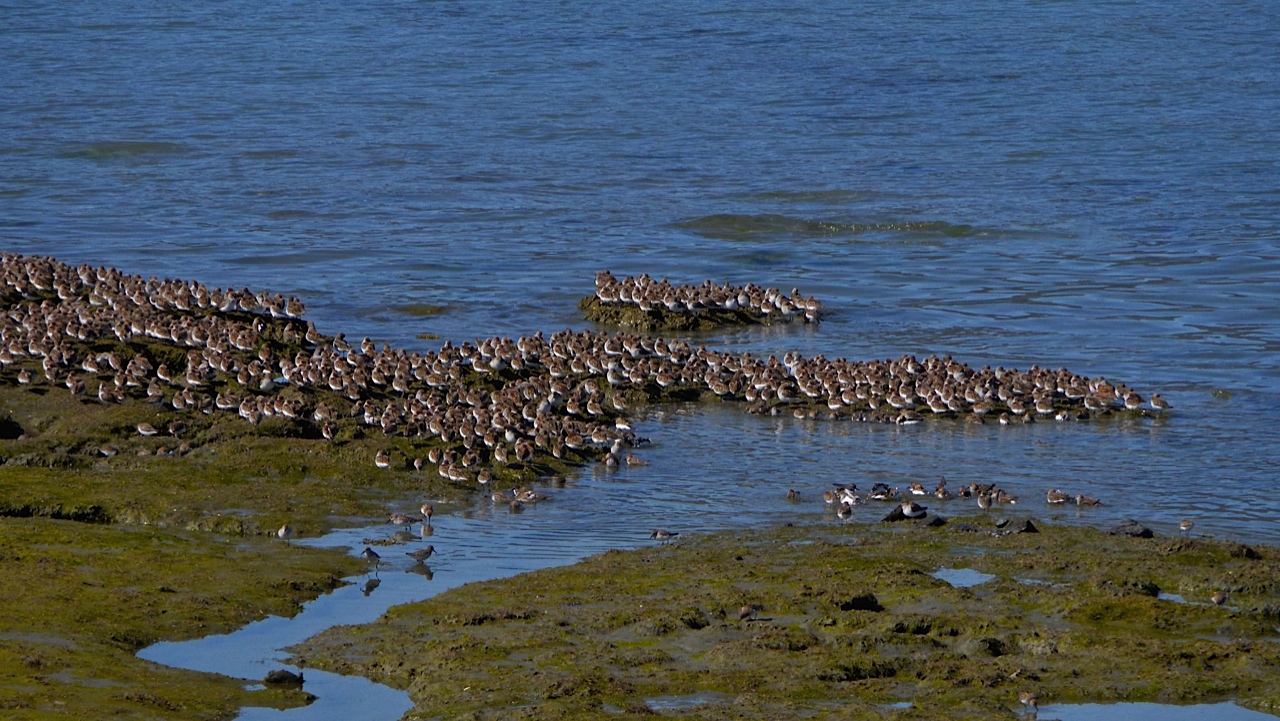 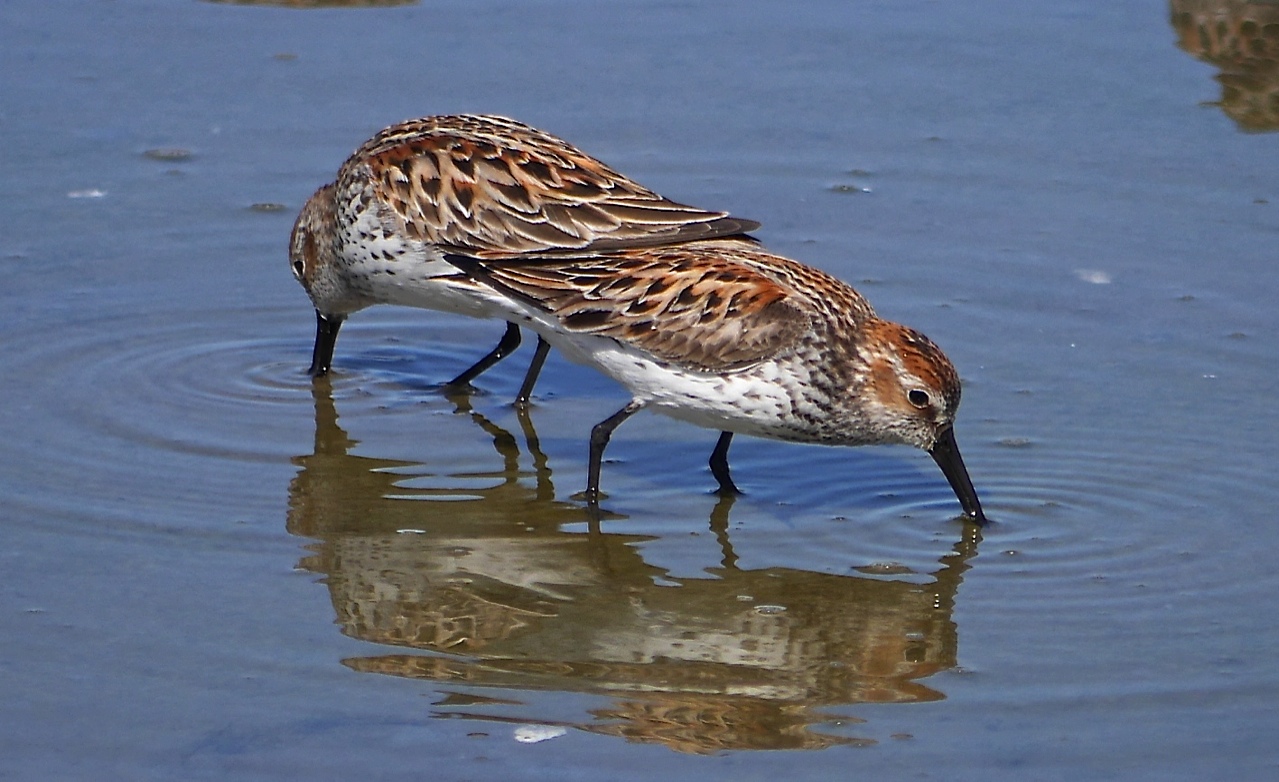 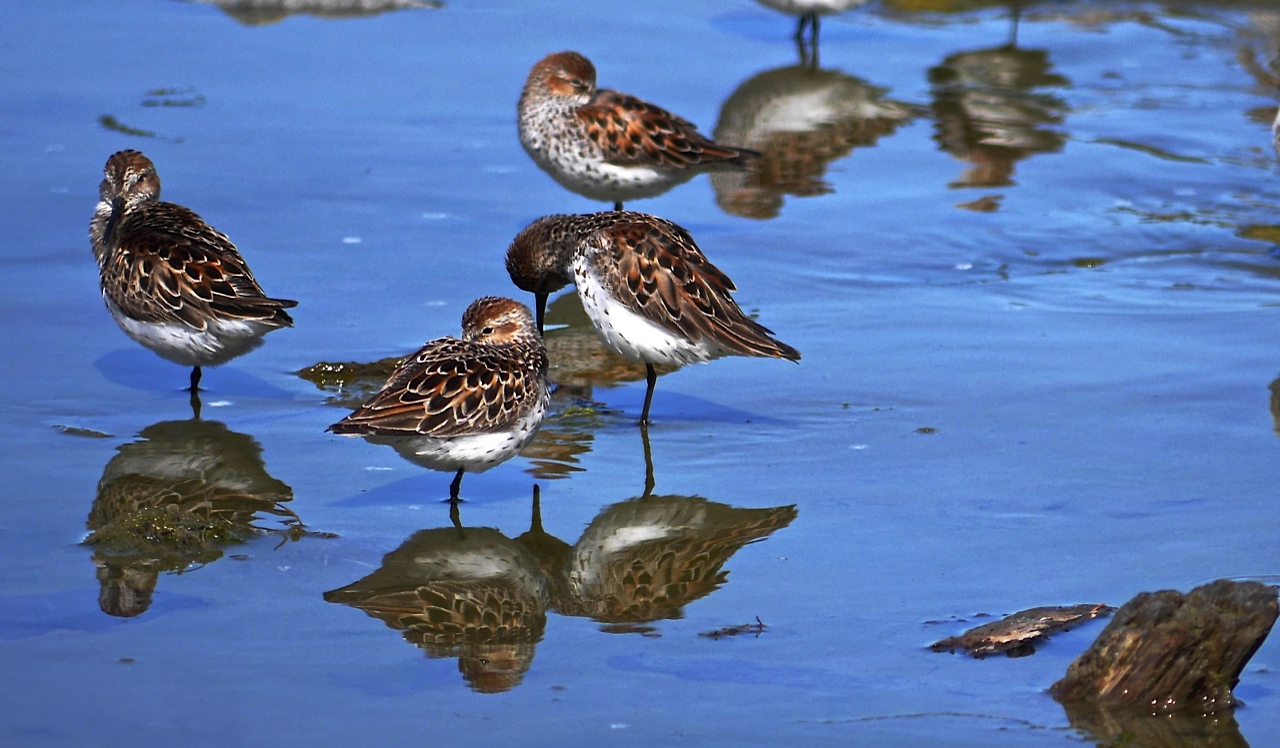 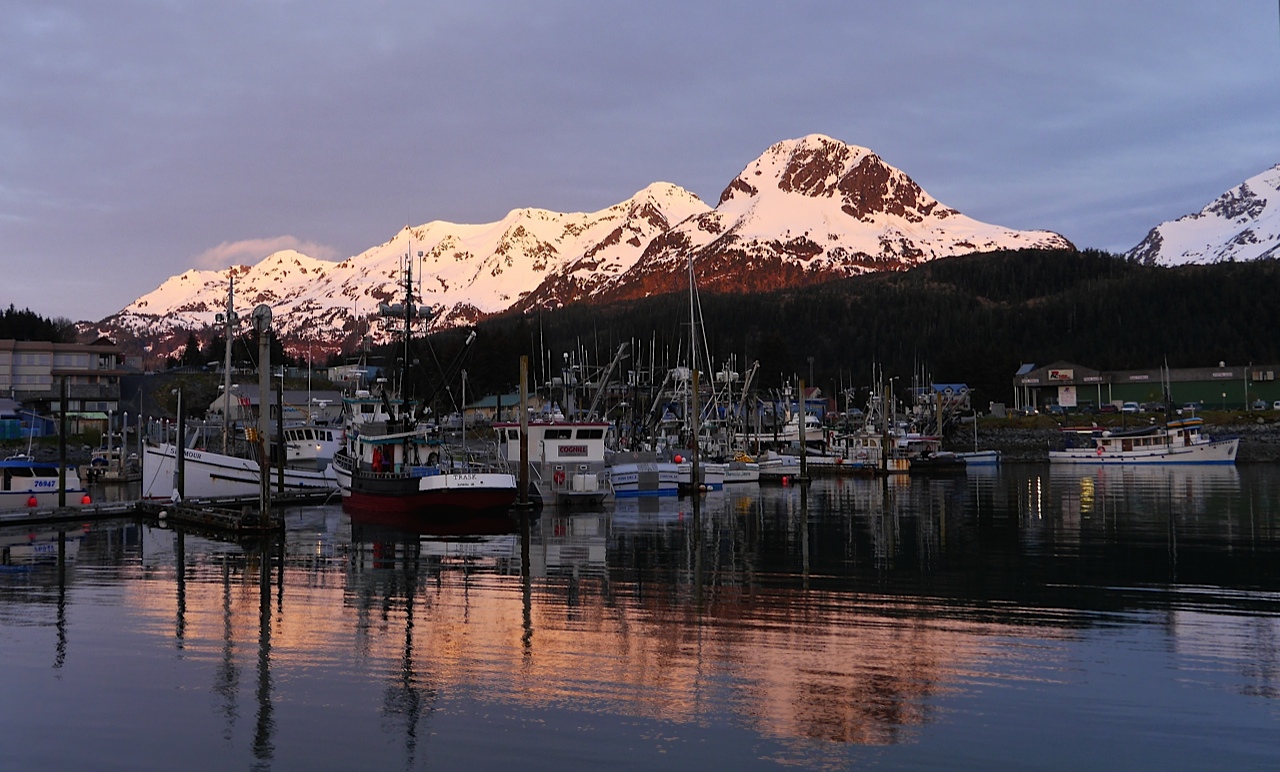 It is April 26th when we enter Cordova harbor nestling beneath snow-capped peaks. We are spending two weeks in this exceptionally pleasant town where fishing is the basis of the economy and the harbor is crammed with working boats. According to a plaque on the waterfront, the canneries in Cordova ship an amazing 30 million pounds of salmon, halibut, pollock, black cod and other seafood throughout the US every year. It is especially famous for Copper River Salmon caught in the nearby Copper River Delta.

Curtain up for the start of the fishing season is only two weeks away and a palpable air of expectancy pervades the town. Winter is over, spring is in the air and the harbor a hive of activity. The tidal grid is in daily use, especially with a waxing moon heralding higher tides. Dock carts, loaded with tools and provisions, negotiate the steep ramps. Massive nets with colorful floats are checked and loaded aboard. The hum of machinery fills the air. Almost every boat is in good condition - in contrast to many we have seen in other harbors where moss and even small trees sprout from decaying decks. The boats are of many types - including seiners and long-liners - but the majority are unique bow-pickers.

Around 32 ft in length, these boats stay out of the water when not in use and can be launched and retrieved by one person with truck and trailer. Constructed of unpainted aluminum, they are low maintenance and have jet drives rather than propellers. Although compact, they contain all necessary amenities including a galley, dinette, head with shower and a place to sleep. We are invited to ride with Robert on his bow picker named Cedar Bay. He takes us first over the "flats" which is a shortcut into Cordova over shallow water. We see many otters but cannot stop because, if the boat comes off the plane, we could strike the bottom. Later he takes us to Nelson Bay where local boats of all types are practicing the deployment of booms to contain oil spills - with skimmers in attendance to remove the corralled oil and dispose of it. The 1989 Exxon Valdez disaster remains a painful memory and this huge, logistical exercise is regularly carried out in many Alaskan ports as a precaution against an event that everyone prays will never be repeated. Venture is one of a small handful of pleasure boats in the crowded harbor.

We are made very welcome and feel none of the prejudice sometimes found between those who earn their living from the sea and those who do not. Our arrival coincides with a change in the weather and we enjoy sunny days and relatively warm temperatures. "You have brought it with you", is an oft repeated comment. Cordova is a small town and during our extended stay - both this time and when we were here two years ago - we meet many who share a common story of how they originally came for a few weeks - or perhaps for a summer season - and who are still here thirty years later. There are a few who were born and bred locally but others, tiring of the rat race in the lower 48, came seeking a simpler but more rugged life over which they had more control. Almost everyone follows a variety of pursuits to earn a living and, to varying degrees, hunts and, almost certainly, fishes. They think we are nuts not to indulge in this pastime but we point out that most people who fish enjoy the act of catching fish and often finish up with more than they can eat so like to give it away to people such as ourselves! We enjoy hospitality in people's houses and even attend a curry dinner held at the local primary school to raise funds in response to the Nepalese earthquake. We invite people aboard Venture including Jim from the boat across the dock.

Built in 1927, his vessel is smartly turned out. With his dog for company, he had planned to spend the winter anchored in a remote bay in Prince William Sound - sustained by ample supplies of beans, rice, flour and canned food. But this winter produced more rain than snow, causing the water to freeze. Every year, millions of birds use the Copper River Delta as a refueling stop on their way to breeding grounds in the far north and, it is to view this event and attend the related annual Shorebird Festival, that explains our extended stay in Cordova. We rent a small SUV and drive out to likely spots like Hartney Bay and Alaganic Slough, off the Copper River Highway, but find only a cacophony of raucous gulls. Days later on another excursion, we spot a distant flock of sandpipers. On sudden impulse they take to the air and swirl like smoke over the heads of a pair of serious bird photographers who are lying prone in the mud or squatting in the water with bazooka lenses. We clearly hear the swish of multiple wings flashing from black to white as the flock reverses its direction. We are invited by a friend of a friend to use the floats, fronting her house, that put us within a few feet of the tiny birds who undertake these amazing journeys.

Although more typically taking three weeks and stopping to feed en route, one bird was recorded as making it from San Francisco in less than 42 hours. In another case, a plover took just ninety hours to cover the 2,800 miles from Honolulu. Sandpipers more than double their weight during their brief stopover in the Copper River Delta. We also drive along the Copper River Highway and take the road to the Sheridan glacier trail head. We hike some distance along a well maintained trail to the tumbled foot of the decaying glacier. We spot a brown bear in the distance on the walk back. We manage to get in a couple of training flights with our drones in the car park. But have yet to summon the courage to fly a drone off the boat.

Cordova is our most northerly point on this trip and from here we head west across Prince William Sound to Chenega Glacier and then to the Kenai Fjords. As I write this, a couple of back-to-back weather systems are heading our way from Kamchatka which will foil our plans to leave tomorrow. After we leave Cordova, our next major port will be Kodiak on the island of the same name. My next blog will be from there.