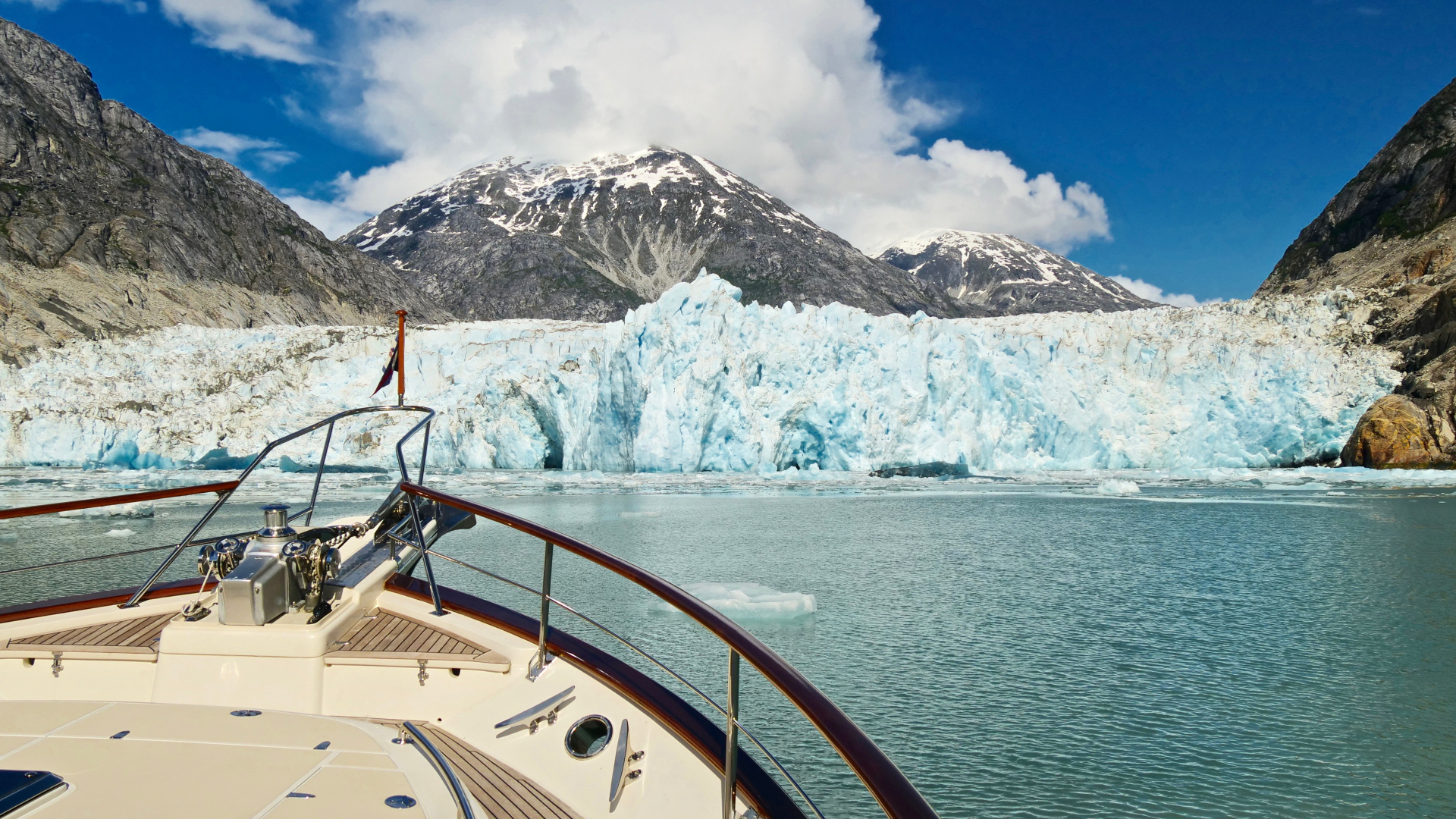 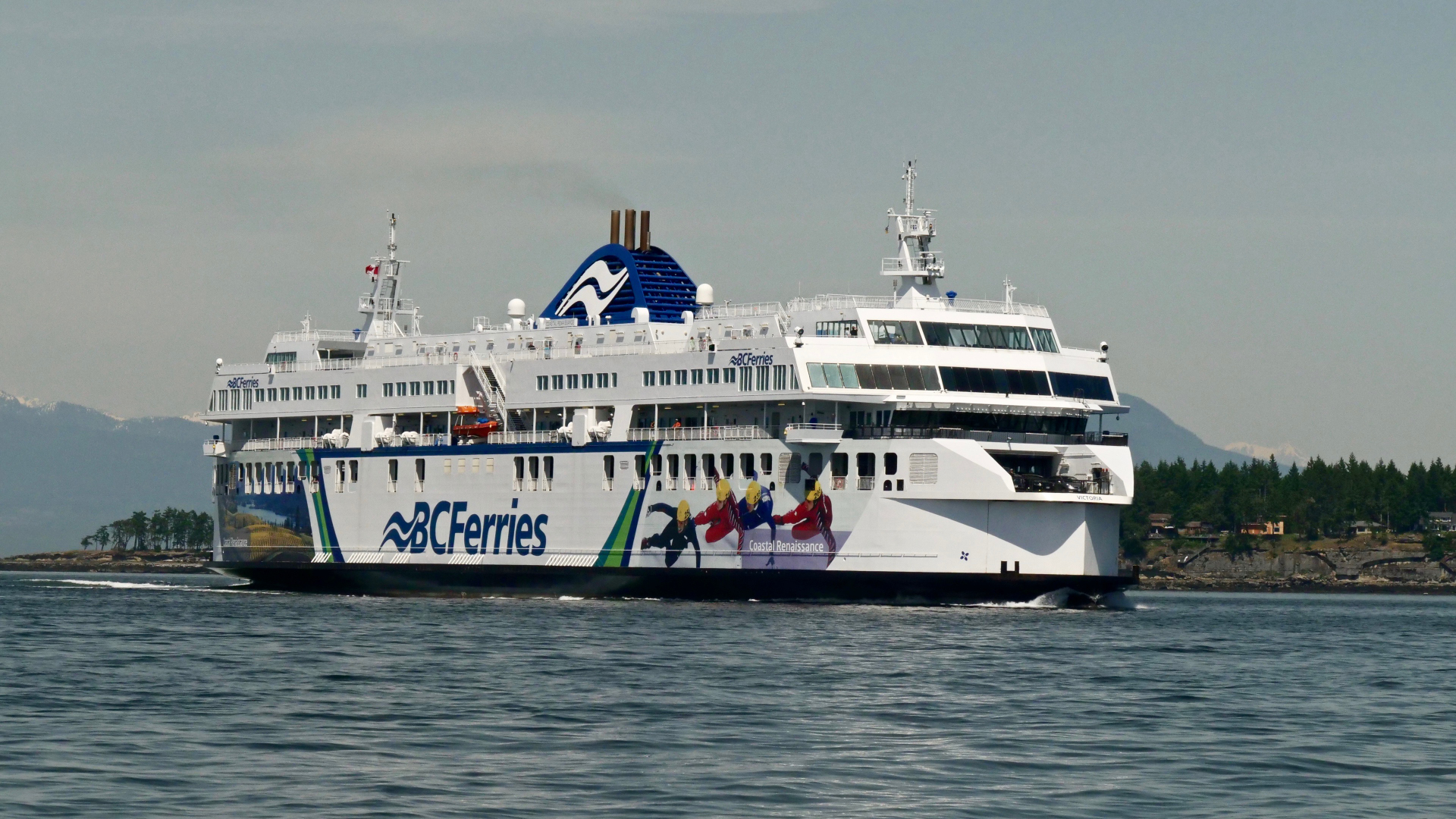 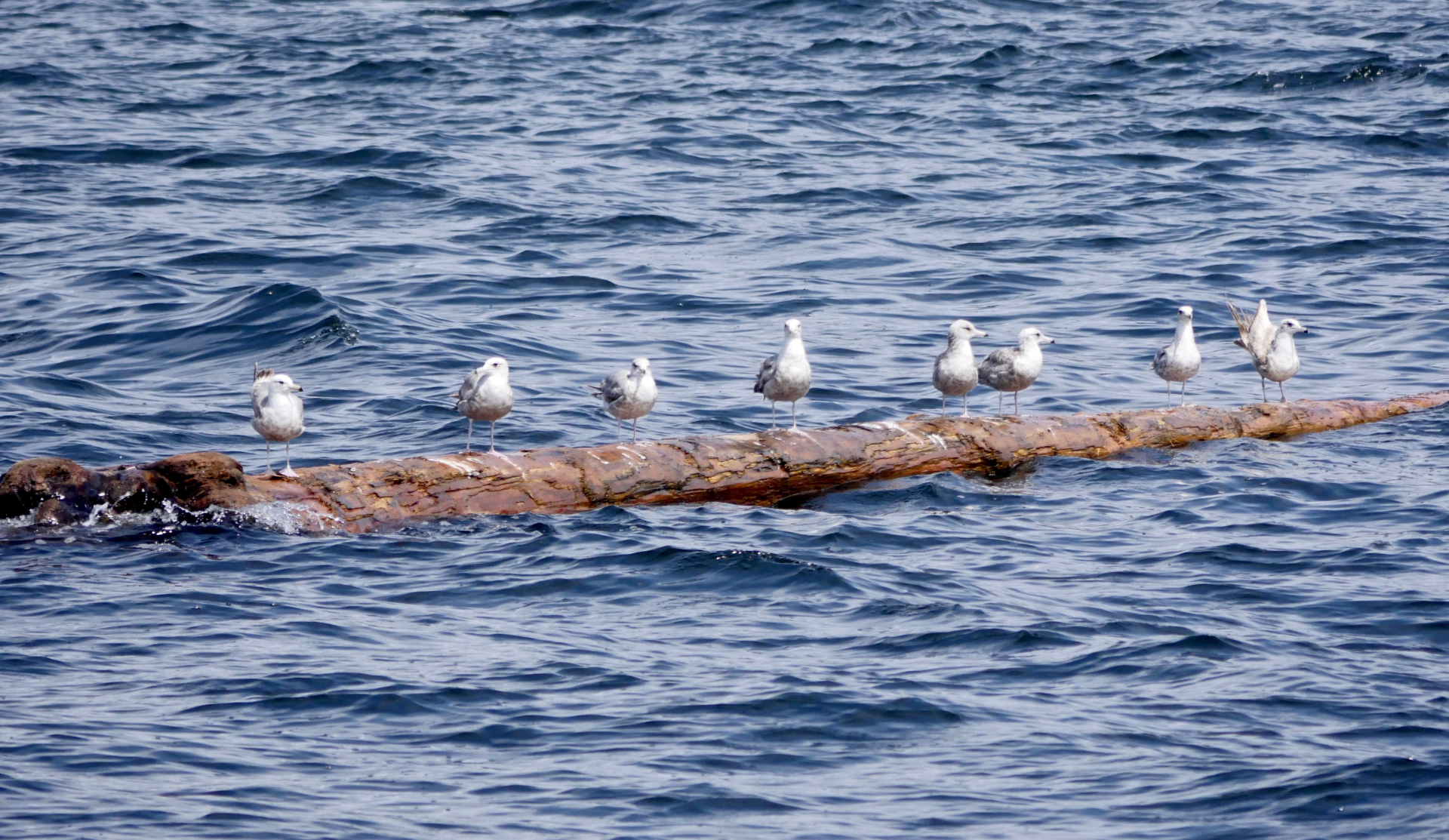 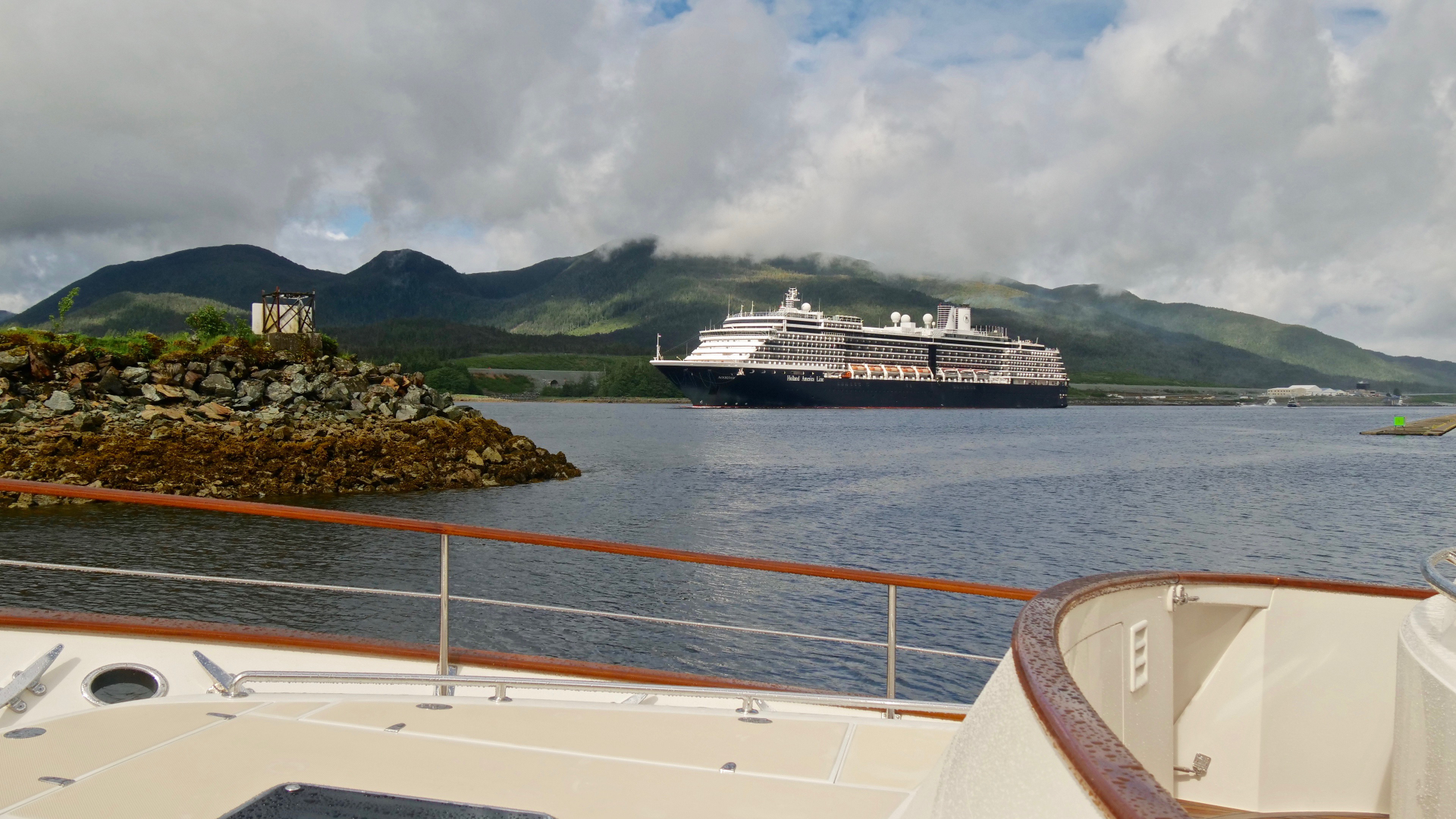 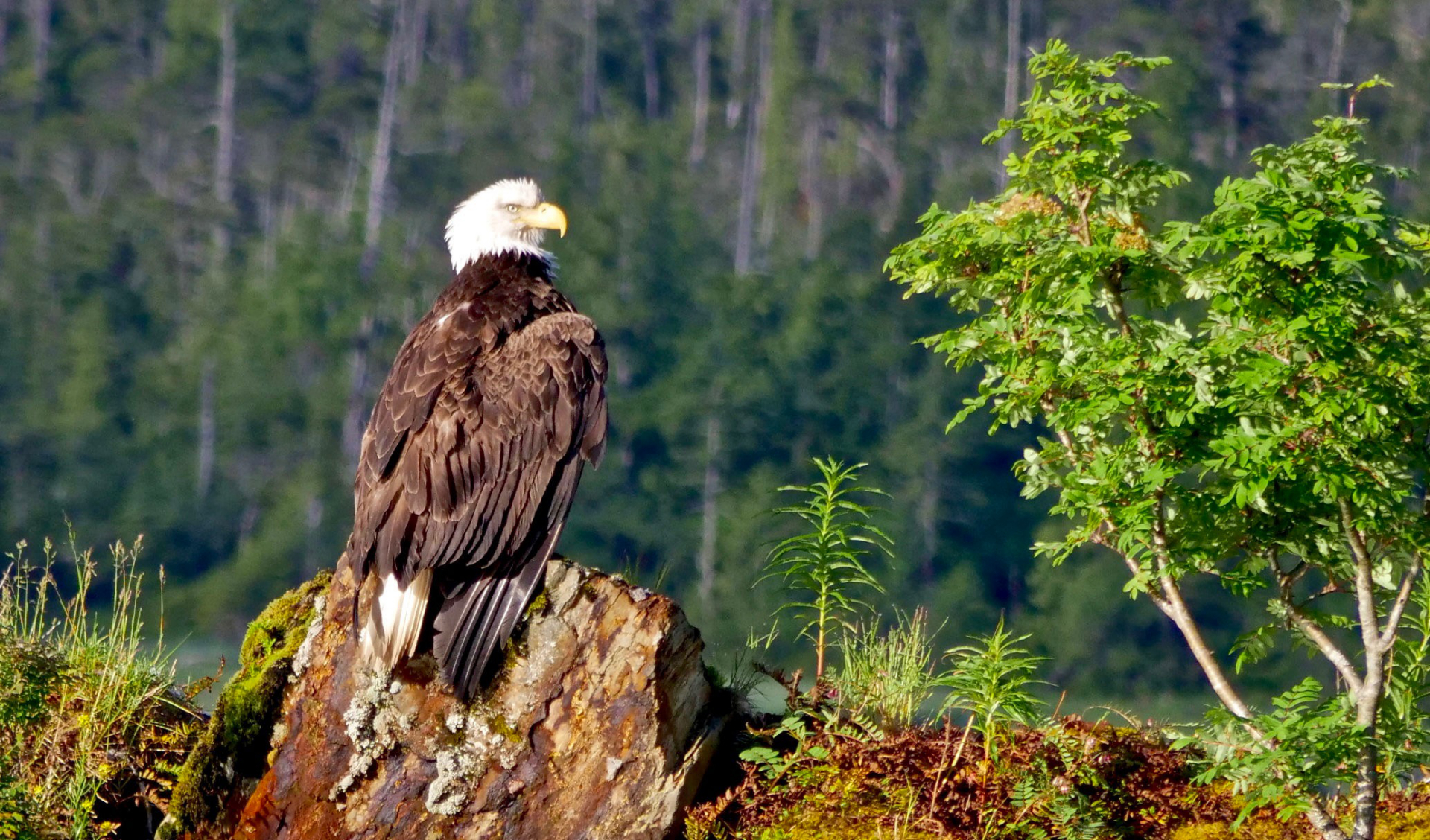 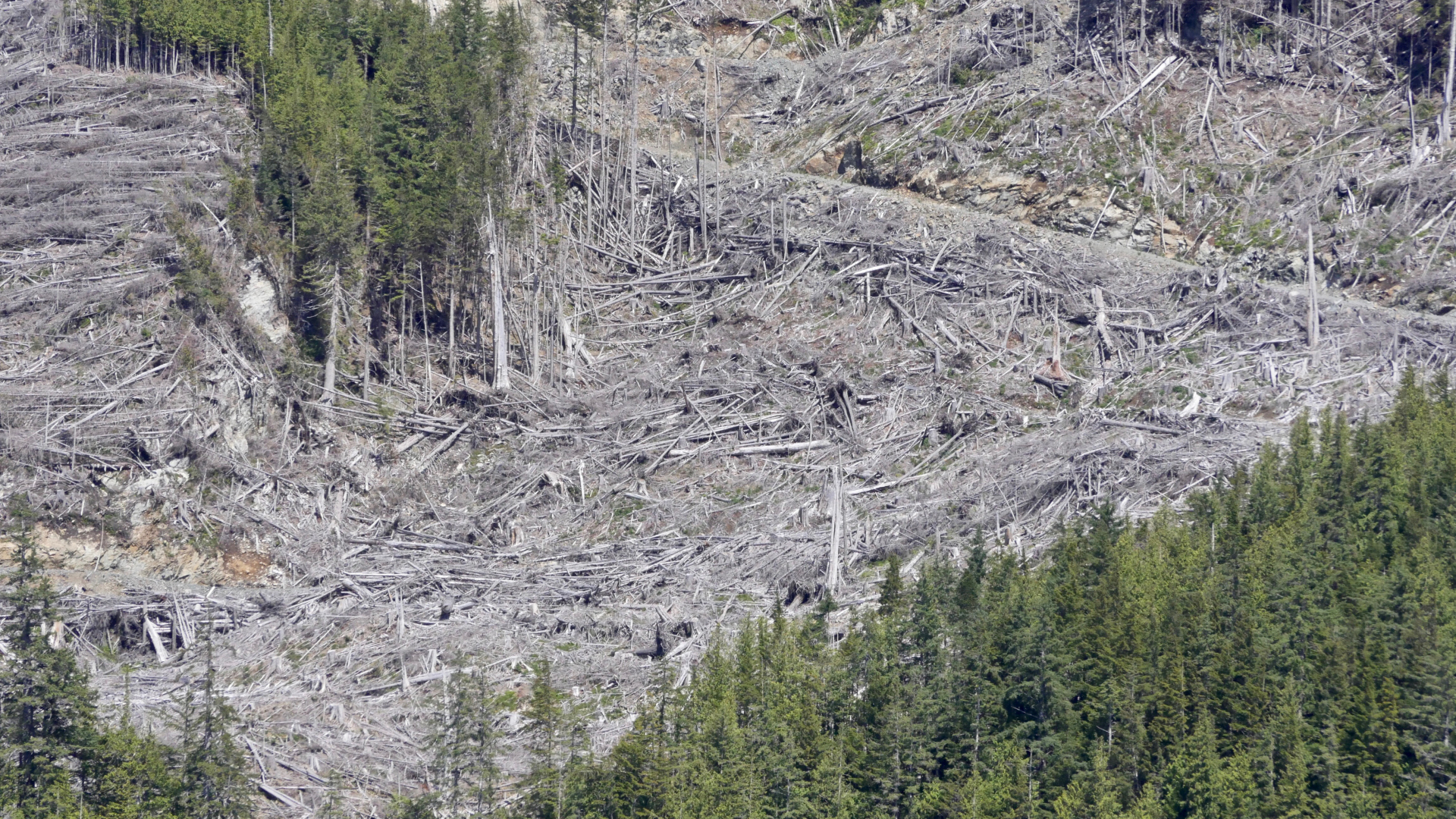 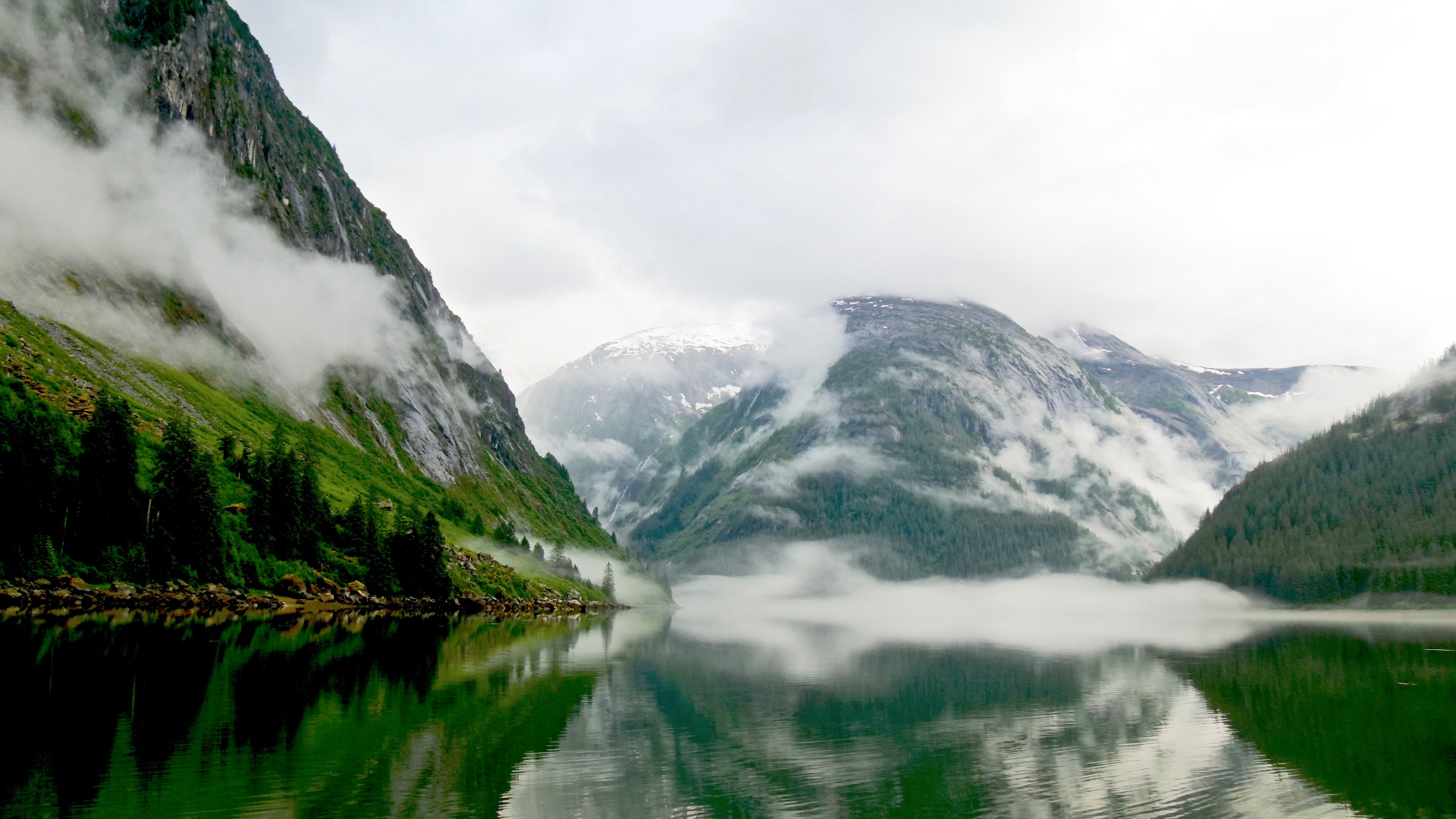 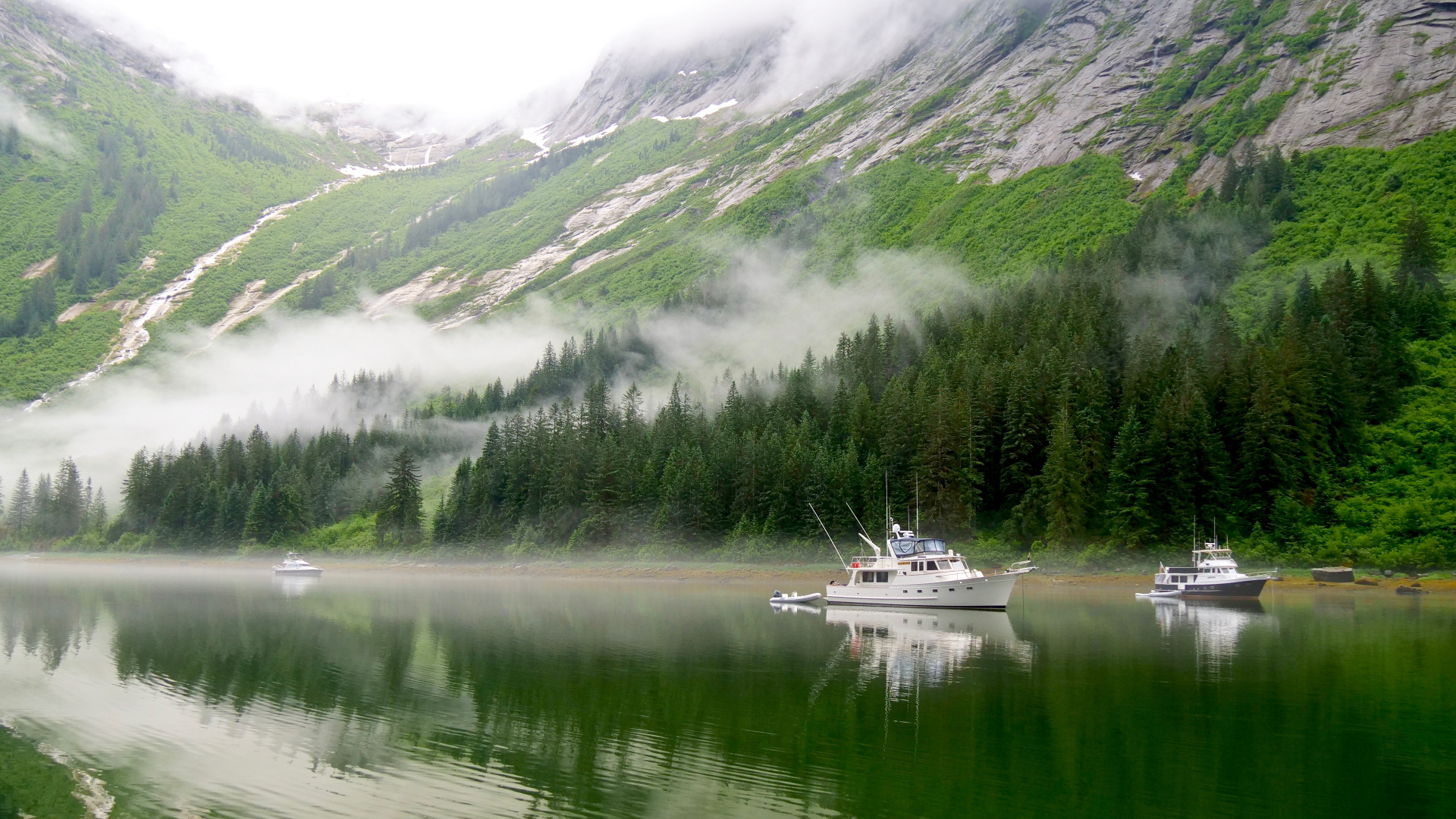 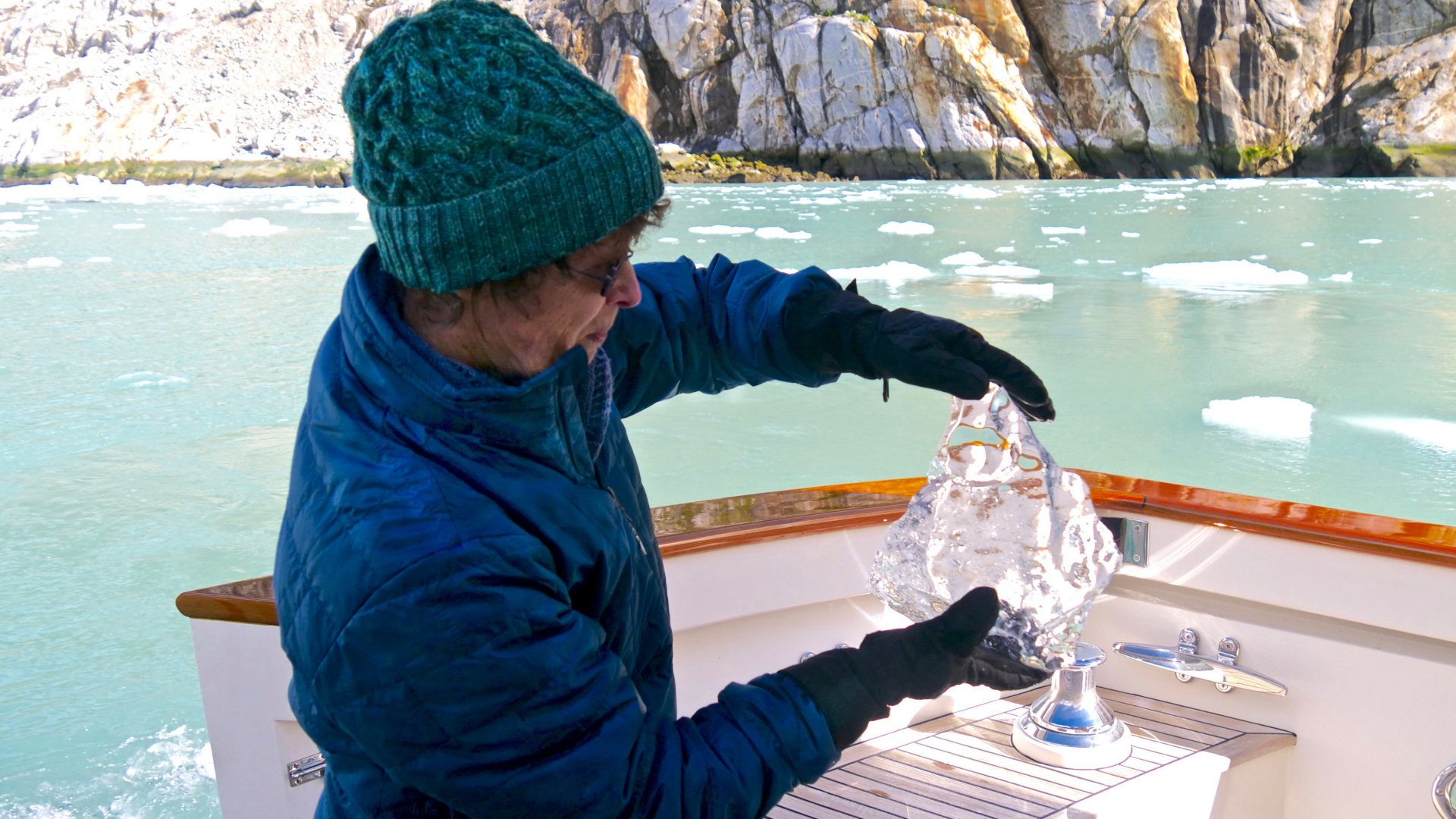 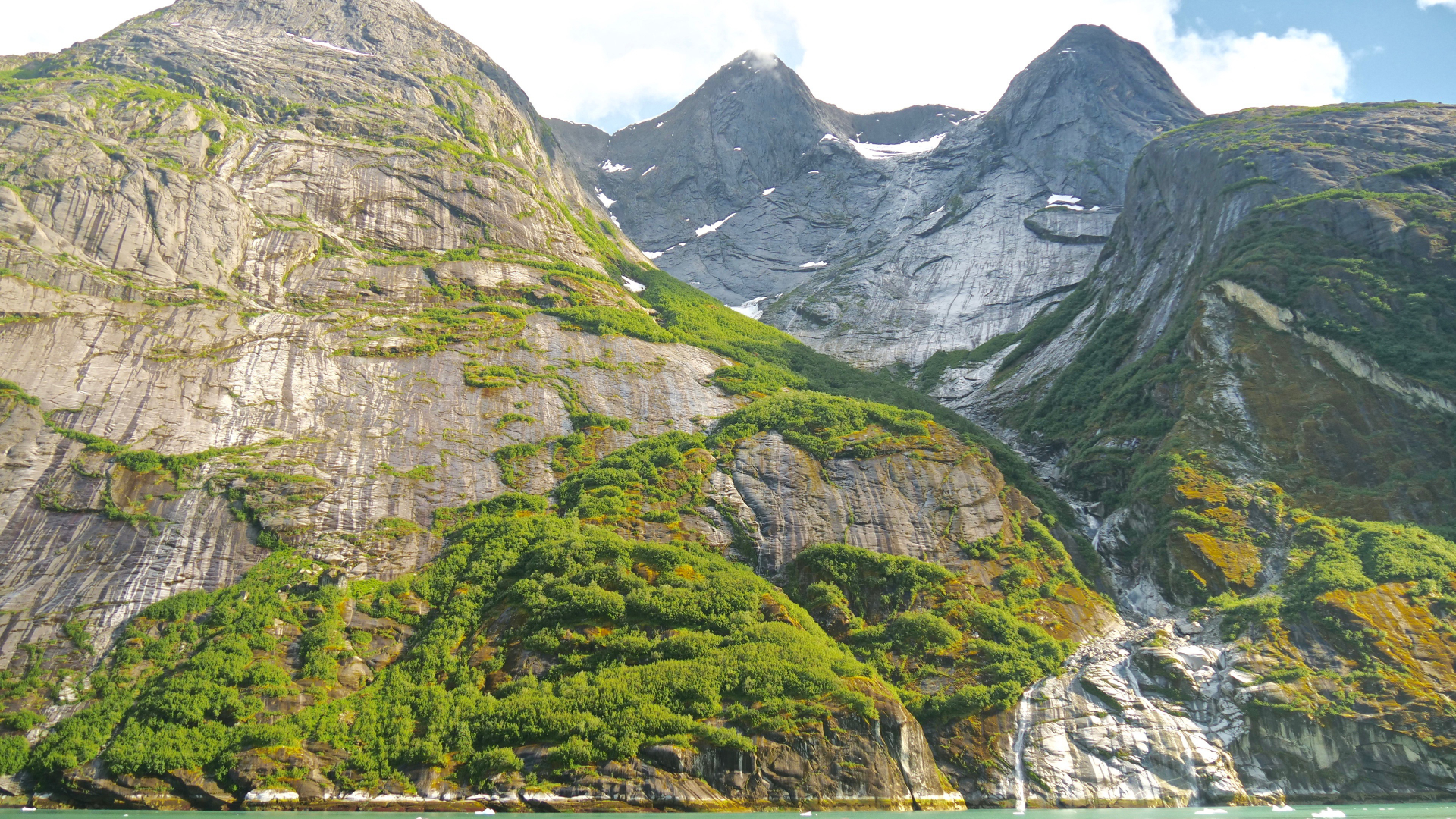 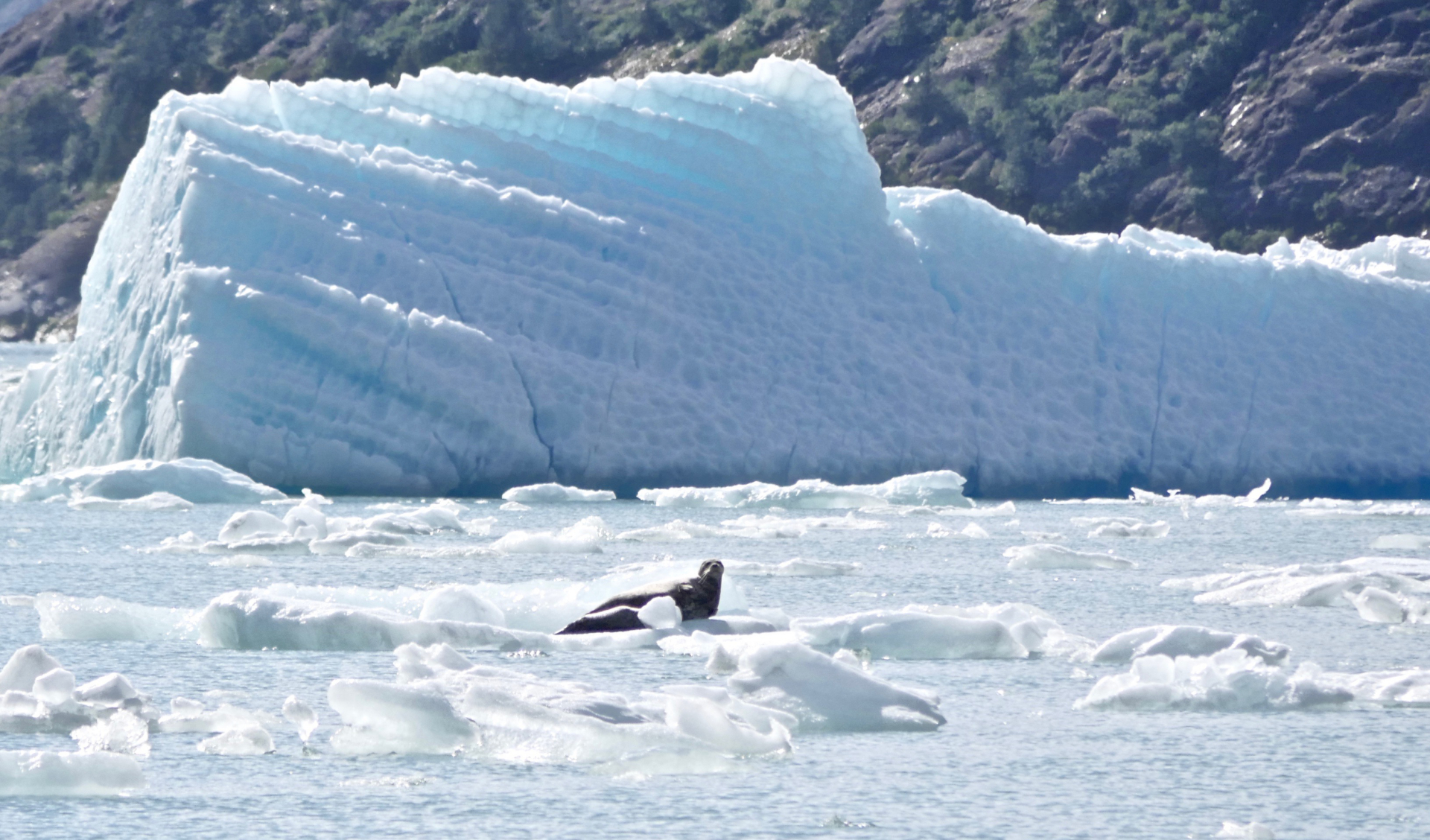 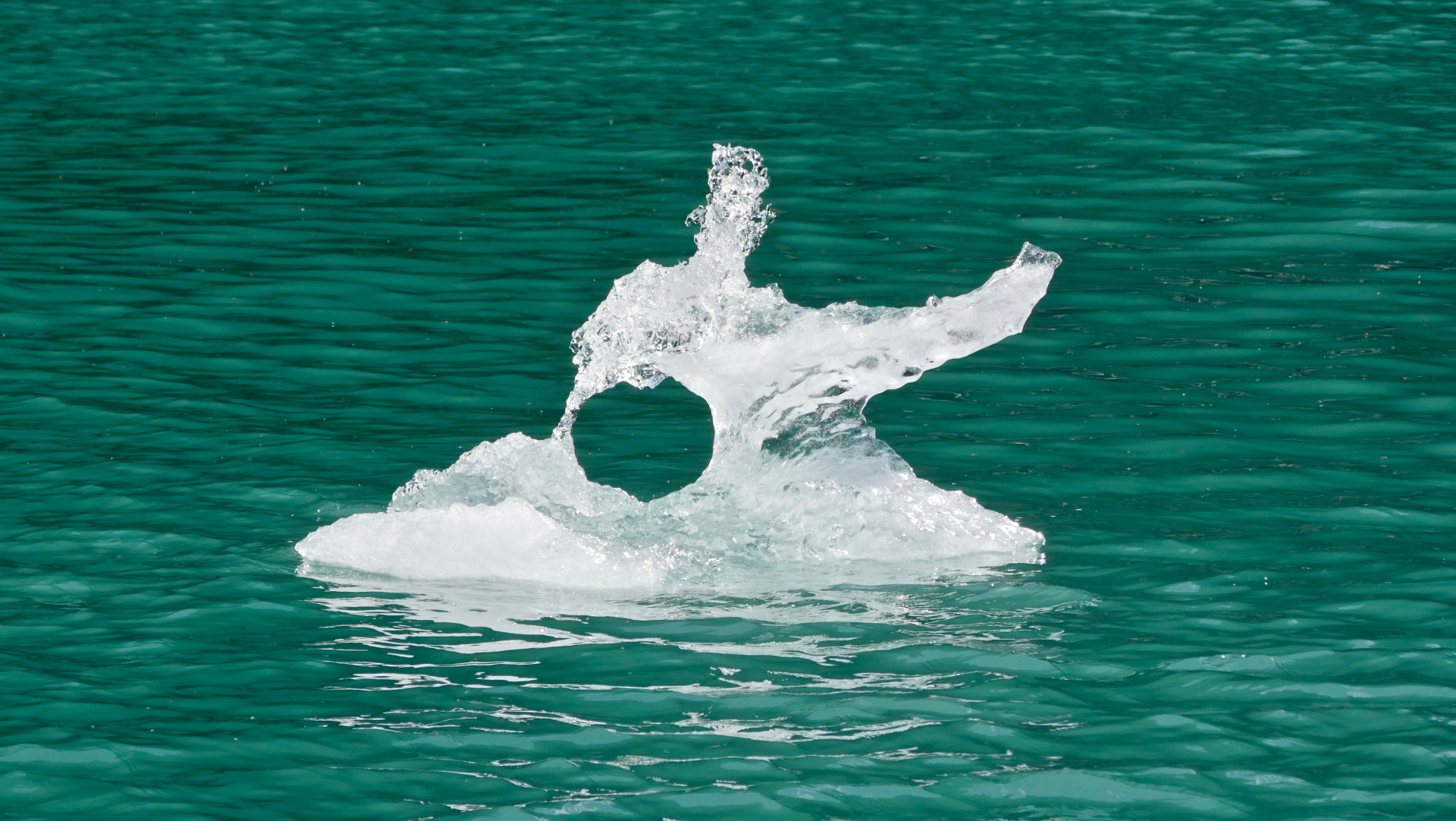 I am writing this is Juneau, Southeast Alaska, having started from Sidney on Vancouver Island on June 6th. It has taken us 17 days to cover the 940 nautical miles but this includes a certain amount of sight-seeing along the way plus a brief wait for the weather in Prince Rupert.

It was sunny and almost uncomfortably warm in Sidney but this changes as we reach the northern end of the Strait of Georgia which lies between Vancouver Island and the Canadian mainland. Here we pass through Seymour Narrows into Johnston Strait on our way to Port McNeil at the northern end of the island. The tides and associated rapids control one's timetable in this area and give rise to some trepidation in those unfamiliar with these waters; but they are not to be feared provided they are navigated at slack water. This, it should be noted, is not at high and low tide but at the time when water levels at both ends of a narrow channel equalize. The pertinent information can be found in Ports and Passes - an annual publication which lists the tides and currents for every pass in British Columbia and SE Alaska. A formidable undertaking. Colorfully painted BC ferries are a common sight in these waters.

Our route continues north up the Inside Passage which, for most of its length, is well protected from the Pacific Ocean by numerous islands. The first exception is Queen Charlotte Strait just north of Vancouver Island. We are lucky with the weather and pass Cape Caution without incident. We anchor for the night in a small bay where we are completely surrounded by an impenetrable wall of evergreens, their lower branches trimmed neatly along the high-water mark. It is utterly still. Not even the cry of a distant eagle disturbs the silence. Errant logs drift slowly across the mirror calm water on the incoming tide. One, resembling a severed arm with clenched fist, glides silently across the reflected forest. We scan the shoreline for foraging bears - but nothing disturbs the stillness.

The moon is full so there are many logs floating in the water having been lifted off the beaches by the spring tides. These can be very hard to spot especially in a slight chop. Seagulls apparently standing on the water are a good indication of an errant log. The worst are deadheads which float vertically just below the surface. Some of these logs are natural falls but many are escapees from logging. We all need timber but clear cutting of wide swathes of forest is very destructive and leaves masses of unwanted timber on the ground after the chosen logs have been removed.

We continue north following the Inside Passage to Prince Rupert - the most northerly town on the Canadian west coast. As we approach the container terminal we note the addition of seven large container cranes since we were last here in 2016. We tie up in the new Cow Bay Marina which is also new since our last visit. We visit the Port information center and confirm that this is all new and Prince Rupert is taking on a new lease of life based on cargo shipped from the Orient to North America. Prince Rupert is just 11 days by ship from Shanghai and a further six days by rail on to Chicago. So cargo can move from Shanghai to Chicago in 17 days.

We have to wait here an extra day for the weather to settle down in Dickson Entrance - the second of two areas of the Inside Passage exposed to the Pacific Ocean. Here, we cross the international border and arrive in the US port of Ketchikan in Alaska where there is a one-hour time change. We receive a friendly reception from Customs and Immigration and rent a car for a look around and to facilitate re-provisioning.

We spend three days here tied up in the marina where we have a great view of human activity. This is a cruise ship port with these behemoths passing only yards away. There is the continuous buzz of innumerable floatplanes coming and going. All kinds of craft pass in and out of the marina. A cat on an adjacent boat appears to be very much in charge of the vessel - an opinion confirmed by the owner of the fine craft - built in 1938. Bald Eagles abound, and roost for hours only a few feet away. We are awaiting the arrival of another crew member and, from our vantage point, we are able to see her plane arrive and we collect her from the airport with our tender. We have rented a car - although, like all but one of the towns in southeast Alaska, the roads are only local and do not connect with the outside world. We are able to drive to the ends of the roads to the north and south of the town and discover a delightfully situated lodge where we have dinner.

After a two-day stopover, we negotiate Wrangell Narrows with its 60 navigation buoys and beacons and pass by the town of Petersburg where we do not stop but are briefly able to connect to the phone service and e-mail

I personally feel that the real Alaska starts here but we all agree that we have never seen so little snow on the mountains. It is really depressing to see how little there is and how it decreases with every passing year.

It is also here that we change from simply "making passage" to taking side trips to visit a few of our favorite spots. It's the Summer Solstice when we head up Endicott Arm on our way to the narrow inlet of Ford's Terror; named after a US sailor who, many years past, failed to take note of the tides and was caught up in the raging torrent at its entrance. This inlet can only be entered at low or high-water slack - preferably the latter. We wait outside the entrance until the appointed time with two other boats. Previously we have had this special place to ourselves. Once inside, we make our way between towering cliffs fringed with fir trees clinging to impossibly steep slopes. Countless waterfalls stream down from the heights - some roaring torrents, others a mere filigree of silver threads. Here too, there is much less snow than we have seen during previous visits at the same time of year. The water is deep right up to the base of the cliffs, so anchoring is only possible at the head of the western arm where, even here, the bottom slopes rapidly up to a muddy bank which dries in the 20 ft tides.

In the evening we invite guests on board from other boats for drinks and nibbles. Four are from the Fleming 55 Mola Mola who we have previously encountered, purely by chance, on numerous occasions from Alaska to Mexico and California.

The following morning, we awake to tendrils of mist floating across the inlet. Hints of sunlight reflect off massive slabs of rock that comprise the surrounding mountains. The mist comes and goes - sometimes enveloping the entire inlet before being drawn aside like a gauzy curtain to reveal some different aspect of this magical place. We run the tender over bottle-green, glassy smooth, water to take a cautious look at the tide streaming in through the narrow entrance. It is a chilly ride when running fast. Mindful of the experience of sailor Ford who had lent his name to this place, we turn back when we reach the margins of the turbulence. We divert into the eastern arm of the fjord through fast flowing rapids that give all on board a good soaking as freezing water bursts over the bow of the tender.

We leave the anchorage along with all but one of the other boats at noon when the tidal gate opens. We continue to the head of Endicott Arm which terminates at the Dawes Glacier. Since our last visit, massive cruise ships have started using this waterway. We meet the Amsterdam coming down and encounter a Carnival ship at the top end. We pass numerous, wonderfully sculpted, ice floes along the way but are still able to get as close as it is safe to go to the glacier face. The center appears impossibly unstable and ready to topple at any minute but which, frustratingly, remains standing - although we are rewarded with several calvings elsewhere accompanied by sounds like gun shots. Finally, with great reluctance, we leave around 5.30 to find that the floating ice has closed in and we need to thread our way through fields of floes on which an amazing number of seals are resting - many are mothers with young. We stop to collect a piece of crystal clear glacial ice to cool our cocktails.

We return to the same anchorage we used prior to our visit to Ford's Terror and the following day make our way to Juneau, the capital of the state of Alaska and by far the largest town in these parts. At least four large cruise ships visit here every day. We re-provision here and take on fuel before heading out into the Gulf of Alaska for Prince William Sound which will be the subject of a later blog.