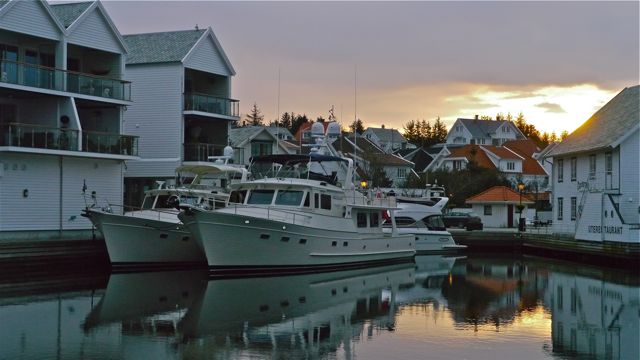 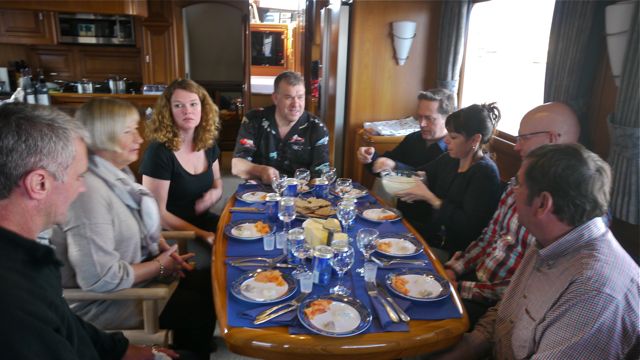 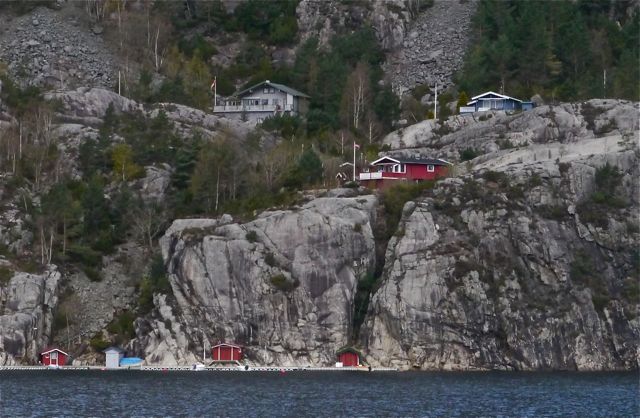 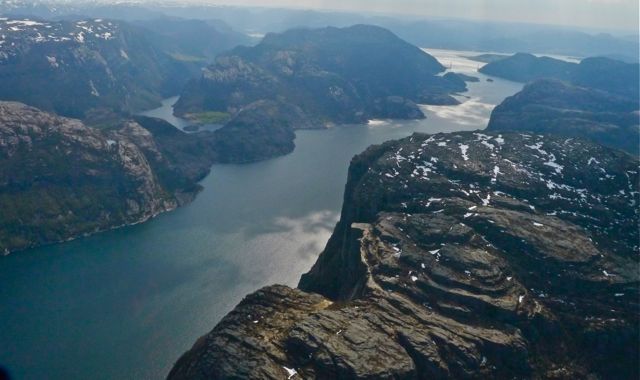 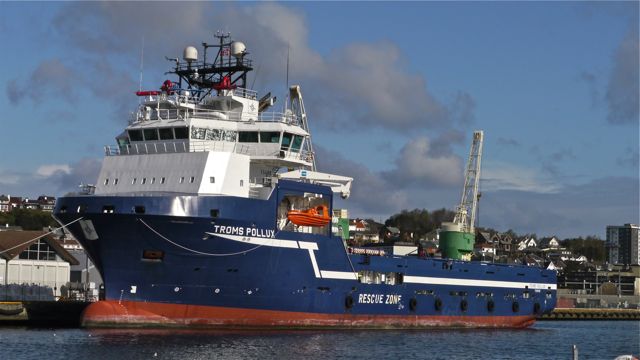 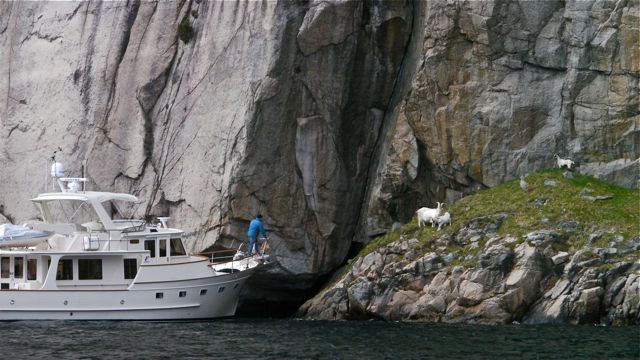 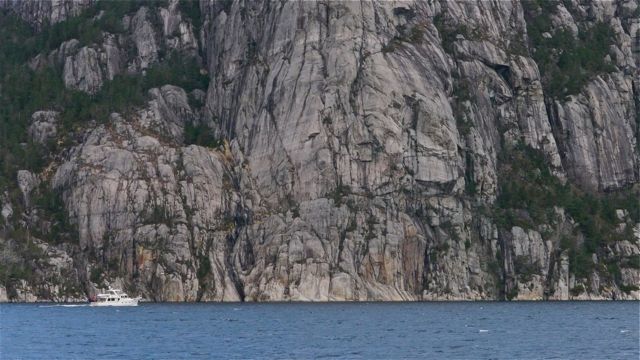 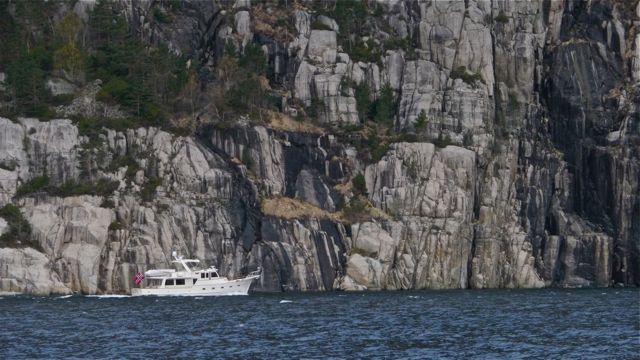 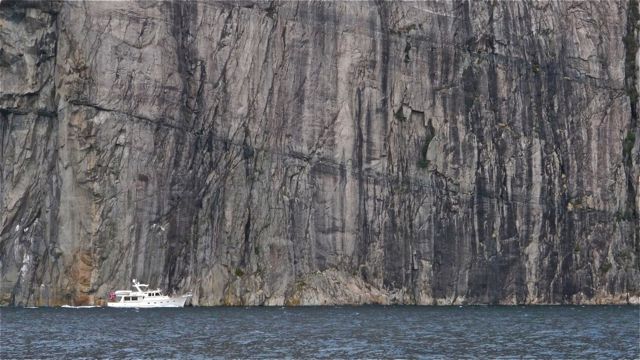 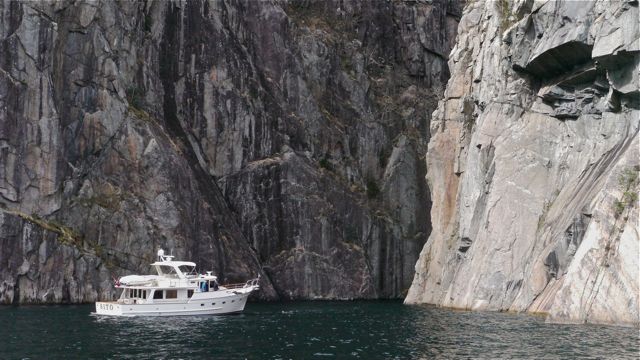 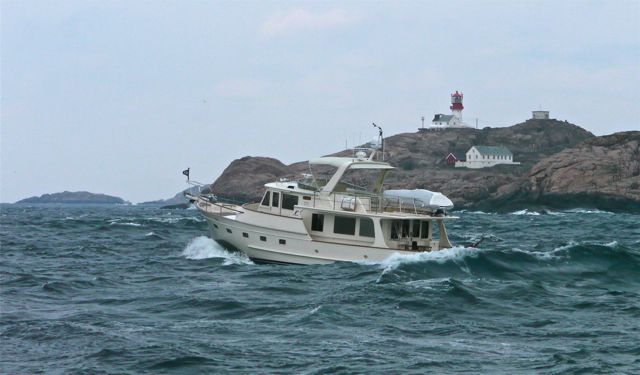 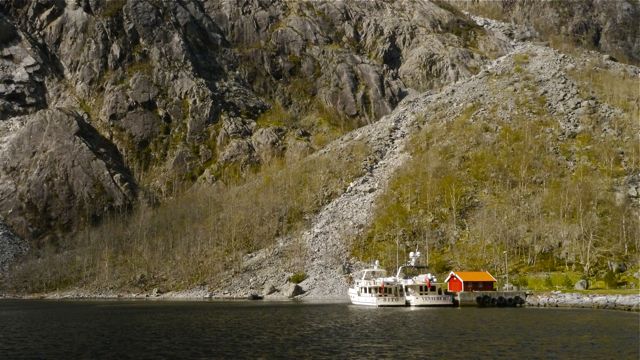 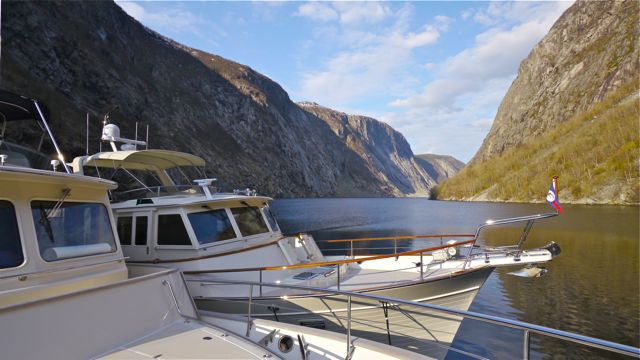 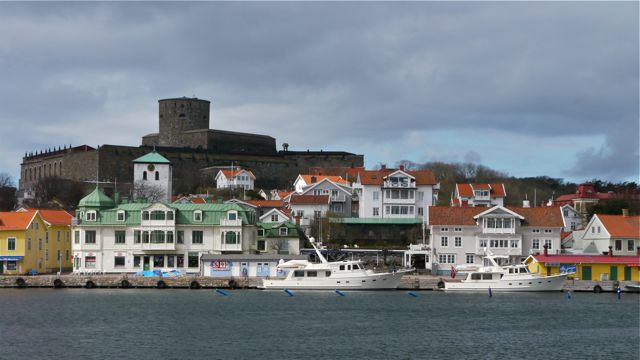 Venture II and Sito at Marstrand

In the northern hemisphere, spring is sprung or is at least in the process of springing which means that the cruising season is back with us.

For myself, first out of the starting gate this year was a trip to Scandinavia to move Venture II from her winter storage in Marstrand, Sweden, to Stavanger in Norway to participate in a new addition to the boat show calendar. We traveled in company with Sito, a Fleming 55 piloted by her Norwegian owner. Also along for the trip were my daughter, Nicky, and Simon from Fleming Yachts as well as Peter Johanssen the Fleming representative for Scandinavia.

On our arrival in the pleasant town of Marstrand, both boats were tied up in the shadow of the 17th century fortress which dominates the small island. This early in the year, there was ample dockage space but during the short boating season in July and August these same docks and harbour will be a hive of frenetic activity with space at a premium.

Two additional Swedish crew members, Spike and Mona, who will later be returning Venture II to Marstrand, were already on board and the trip kicked off with a convivial dinner aboard Venture. This started with home-brewed schnapps - courtesy of Spike - and continued with roast elk and trimmings prepared by Mona. Sometimes the cruising life is hard to take!

The following morning saw us underway for Skagen on the northern tip of Denmark. The seas were a little rough but nothing compared to those previously experienced during our trip to Iceland a couple of years ago. The marina was almost deserted and I deposited the slip rent in a drop-box on the door to the office.

There were ominous reports of winds exceeding 50 knots over Scotland but here they were in the low twenties and, more importantly, were from aft so we had a comfortable ride. Late in the afternoon we threaded our way through offshore islands to Mondal on the south coast of Norway. Another port and another restaurant - this one called Provianten which brewed its own beer on the premises. Being unable to decide from the many varieties on offer we tried a sampling of each. This brought up the subject of penalties for driving over the limit in Norway. The same restaurant also specialized in pottery and in baking a variety of interesting breads. With its doors located just feet from the water, a container of time-expired bread had been provided for feeding to the ducks and voracious gulls.

The following morning we made our way out to sea through a series of narrow channels before passing the country's oldest lighthouse at Lindesnes situated at the southern tip of Norway. First lit in 1655 it has been a beacon to mariners traversing the tempestuous waters at the confluence of the Skaggerak and the North Sea.

The seas were quite rough but the winds were now on the beam and conveniently tamed by the stabilizers which are at their most effective under these conditions. It was a new experience for me to be able to film and photograph another Fleming which almost disappeared at times into the troughs between the waves.

Our next port of call was Egersund where we tied up in the centre of town adjacent to a small park which sported an elaborate series of masts interconnected with complicated rigging with pulleys and turnbuckles. After trying to figure it out we come to the conclusion that it came under the heading of "Art" and served no practical purpose - other, perhaps, than to occupy the minds of people trying to figure it out. In the morning the whirling brushes from a mini road sweeper, driven by a stolid workman, showered Venture with dirt and gravel. The more alert crew on the 55 had foreseen what was coming and had abandoned the dock ahead of receiving this bounty.

The coast between here and Stavanger offered no inside route or protected waters but the winds were still offshore so we enjoyed an uneventful passage. Stavanger is the centre for Norwegian North Sea oil operations and we passed two large oil rigs on our way into the harbour. Large supply vessels towered over the three storey buildings alongside the wharves.

We had four days to spare before the show and Sito's owner generously used the time to guide us on a tour of the impressive fjords which penetrate deep into the surrounding mountains. The first of these was Hoegsfjoden which led into 42 km long Lysefjord whose best known feature is a rock promontory called Preikestolan, also known in English as pulpit rock. From its flat rectangular surface the cliffs plummet 604 m (almost 2,000 ft) vertically into the 400m depths of the fjord.

The rock faces were dramatic and I took video and photographs of a miniscule 55 against the backdrop of the towering cliffs. Photos often fail to convey the sense of scale in such surroundings but having Sito in the picture gave some sense of immensity of the landscape.

We returned to Stavanger to drop off Nicky and other crew members before heading out to offshore islands. We passed first through narrow channels on the island of Kvitsoy before continued farther out to the island of Karmoy and the town of Skudeneshavn. Considered to be one of the best preserved towns in the whole of Europe it was charming with its immaculate white houses topped with red roofs. We had no problem finding a wharf at which to raft the two boats together but during the summer months you need to make a reservations and can expect to find the tiny harbour crammed with boats.

In the evening we walked through the old town with its cobbled streets. To own a house here you have been required to live in it and many houses have been in the same family for many generations. We passed a restaurant billed as the smallest in the world whose the proprietor is reputed to be the fount of all local knowledge.

The following morning I arose early to take advantage of the dawn light for photography before we again headed inland to visit another dramatic fjord. You could spend a lifetime cruising these protected waters without ever running out of places to visit. These deep fjords can be subject to vicious katabatic winds when the cold air from the tops of the surrounding mountains decides to topple down into fjords and blast its way along their length.

Our destination was the head of Josenfjorden. Once again massive walls of rock rose almost sheer from the water. We lost GPS and cell phone coverage near the head of the fjord. We rafted the two boats together and enjoyed the peaceful surroundings with the sounds of a nearby waterfall providing a soothing lullaby. The first buds of spring from the silver birches lining the shore glowed a delicate haze of green in the evening light. We tried to identify a small animal which bombed around at the speed of light, never stopping in one spot for more than a split second - its coat a piebald mixture of brown and white. I decided it was a stoat; midway between exchanging its all-white winter wardrobe (at which time it is called ermine) for its summer wardrobe of chestnut brown.

On our return to Stavanger there still remained one special treat. A friend and colleague of Sito's owner dropped out of the sky to settle his Robinson helicopter delicately onto the dock alongside the boats. In sparkling weather, he flew us back to Lysefjord to view the dramatic fjords from above. We could just pick out tiny specks of people who had hiked to pulpit rock and I took photos of the boats entering the fjord before we landed on a conical mound barely large enough to accommodate the skids.

North of here lie the towns of Bergen, Aalesund and Tromso as well as many fjords including Sognafjord and Geyrangerfjord. Above the Arctic Circle, are the magical Lofoten Islands. In previous years I have been fortunate to visit all of these places in a Fleming 55. It may take some effort to reach the west coast of Norway but, given the right boat, there is a treasure trove of cruising waiting for those willing and able to take advantage it.

Two days after returning from this trip I headed for Western Canada to take the original Venture - now in her eighth cruising season - to Alaska so look out for my blog on this new adventure.