The Story Of Venture I - Part Six 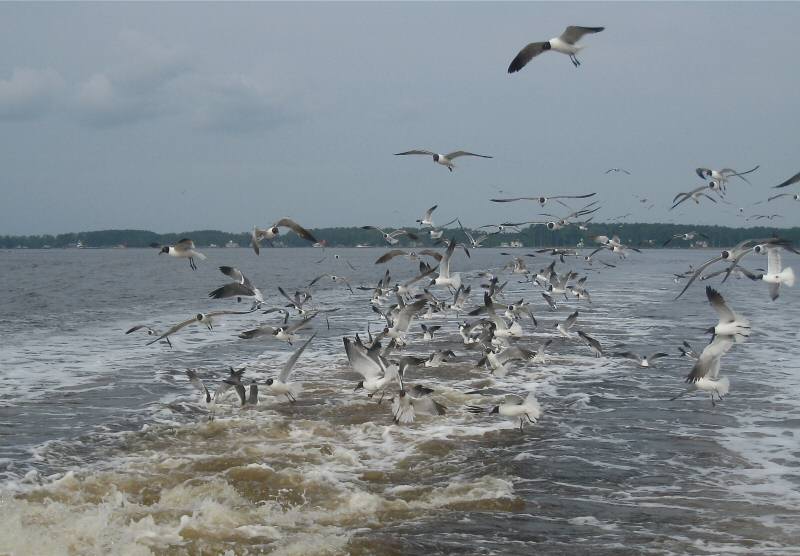 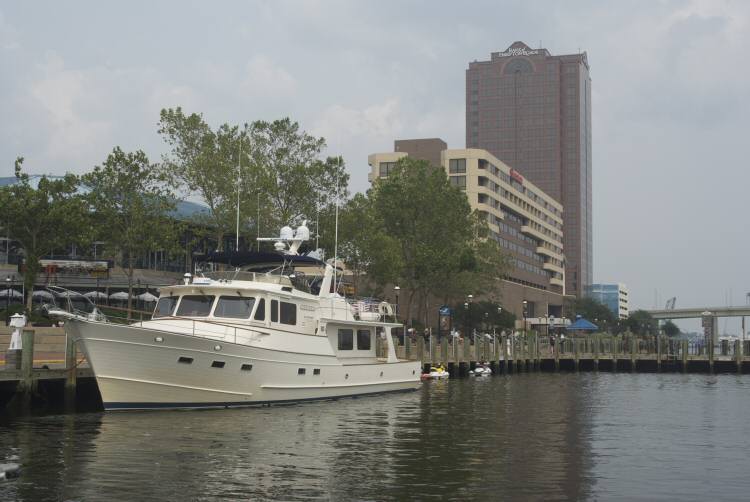 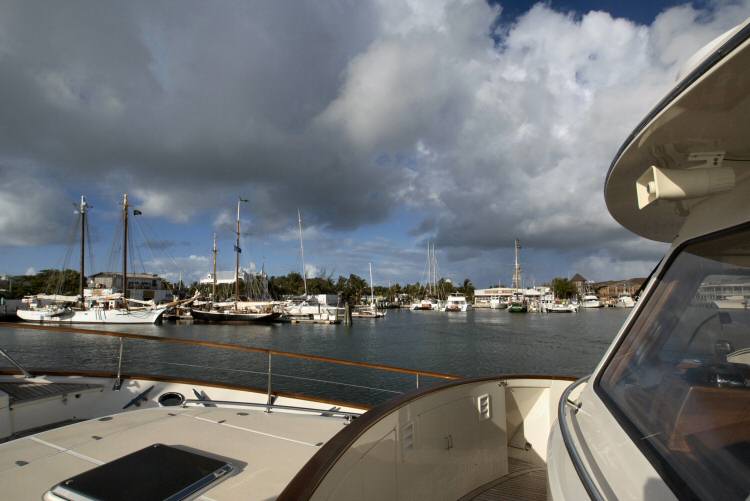 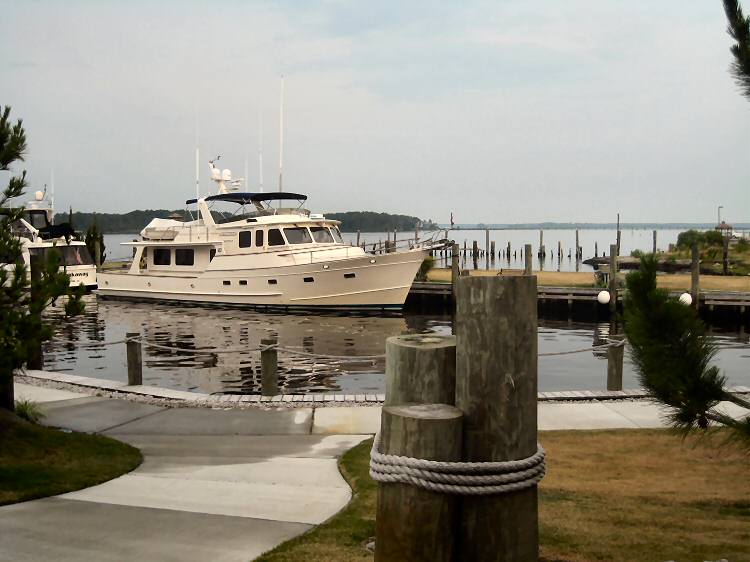 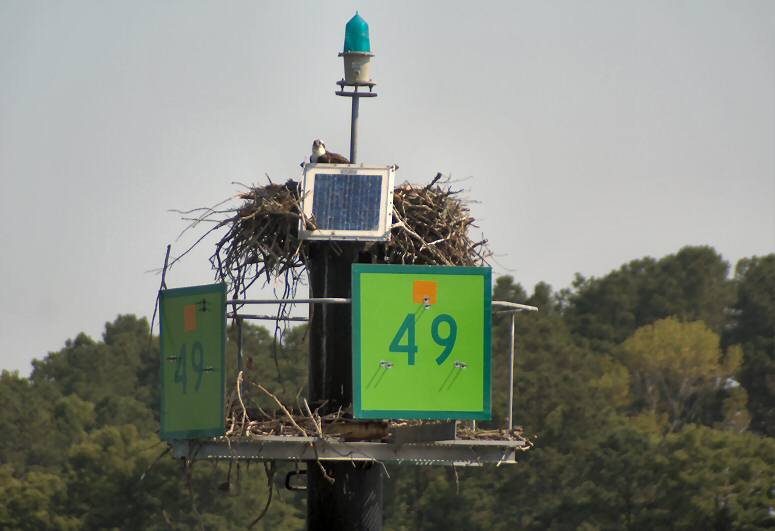 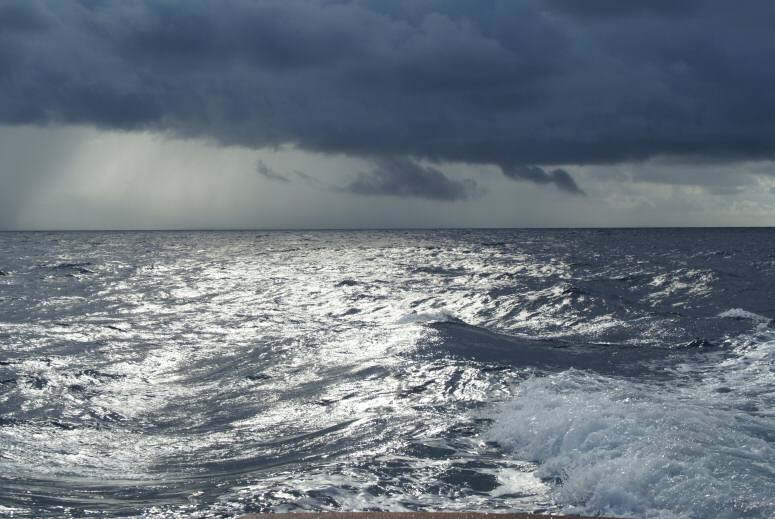 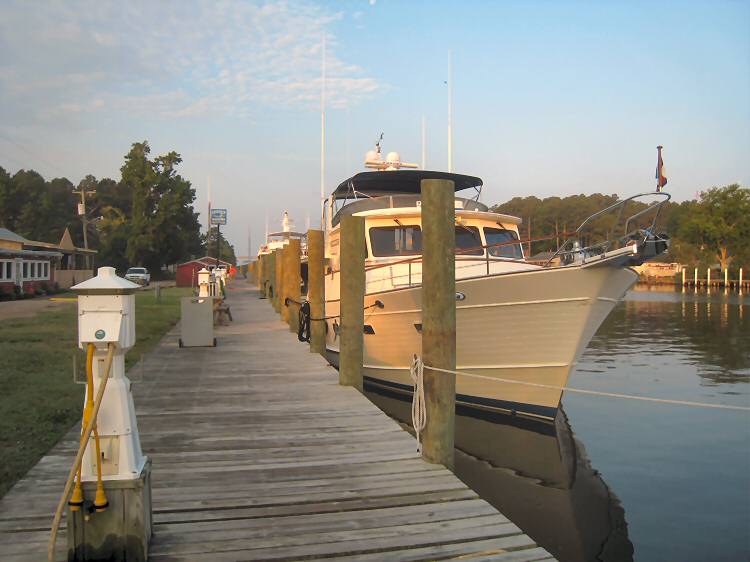 We stayed in Fort Lauderdale for three days, attending to various chores, before continuing of our journey north. The Intra Coastal Waterway (ICW) runs all the way from Miami in Florida to Norfolk in Virginia. It provides a protected inland route for much of the Eastern Seaboard with the disadvantage that, for much of its length, it is subject to strict speed limits and is crossed by many bridges which only open at certain times. To avoid a rash of these restrictions just north of the city we headed out into the Atlantic for a few hours of bumpy seas before entering the ICW at the Port Worth inlet. We were soon gliding along a narrow waterway bordered on either beautiful waterfront homes each with its own dock. Most of the boats were small enough to be lifted clear of the water rather than being tied up.

By 5 o'clock we were being guided in at low, low tide to a dock at Whiticar Boatyard which is one of the service yards for Fleming yachts. Ours stop was a courtesy visit arranged by Art Burr, the founder and owner of the Burr Yacht Sales the longtime dealer of Fleming yachts in the eastern United States. Here we met up the owner of Fleming 75-007 who had returned just the previous day from the Bahamas. This boat has accumulated 3,000 hours of cruising up and down the full length of the East Coast as well as a summer in the Mediterranean.

A couple of days later we continued up the ICW and branched off into a veritable maze of narrow canals to visit friends who will be joining Venture in July for the trip up the Hudson and into the St Lawrence Seaway. These "residential" canals were narrow and lined on either side with attractive houses. News of our arrival had preceded us and spectators along our route watched as we negotiated a couple of bascule bridges one of which only had a couple of feet of clearance on either side. Venture had to back into the narrow canal outside our destination. This type of boating was in startling contrast to cruising the isolated fjords of the Pacific Northwest or traversing the vastness of the Pacific Ocean.

We were running a few days late on our schedule and, after leaving the cozy security of the suburban canals we headed once more out into the open Atlantic through the lock at Cape Canaveral with the launch towers of the Space Center clearly visible on the horizon. Here we again encountered the Gulf Stream which flows strongly off the Florida coast. Once in its grip, our speed increased from 9.5 knots to a maximum of 14.7. This tremendous ocean current is so far reaching and so powerful that it warms the coast of Scotland and even keeps the Siberian ports of Murmansk and Archangel ice-free in the winter. The warmer water contributes to the propagation of thunderstorms and a monster with ominous black clouds, rent with jagged bolts of lightning, enveloped us. The anemometer recorded gusts as high as 60 knots and whipped the black surface of the sea into a seething white froth. The storm passed to reveal the blood-red orb of the sun sinking into the turbulent sea, staining the sky a lurid orange.

We traveled non-stop for 60 hours, working alternate watches with 3 hours on followed by 3 hours off. We re-entered the relative security of the ICW at Moorehead City just south of Cape Fear in North Carolina just as dawn was breaking. The ICW alternates between narrow canal sections and open areas so extensive that land is barely visible on the horizon. But, even in these inland seas, the dredged channel zigzags randomly across the featureless water and may only be 50 yards wide. Even within the dredged channel, water depths are frequently below 6 ft and sometimes as little as 2 ft just outside it so our wake formed a curling breaker as it encountered the shallows only a few yards beyond the markers. The channel is marked by red and green posts, many of which have been taken over by ospreys for their untidy nests. Usually - but, confusingly not always - the red markers, with their triangular tops, are left to port. Sometimes the opposite is the case so accurate charts are mandatory. We were glad that Venture, like every Fleming, has a draft of just over five feet and a long, deep keel to protect the running gear. Much of the ICW is a no-go area for full displacement yachts because of their deep draft.

It was the afternoon of the 20th before we reached the small town of Belhaven where our arrival coincided with that of a thunderstorm accompanied by sheeting rain and wind gusts of 20 knots. We hung around outside the small marina until the squall had passed. The town was very small with many shops shuttered but we had a delightful meal in a small shop come restaurant, called the Back Bay Cafe, which sold not only food but also books and wine. Wine and Words was the sort of place you would expect to find in San Francisco rather than in a small rural town in North Carolina. They told us that their customers had been drawn from all around the world.

In the Belhaven Waterway Marina we were tied up next to a boat registered in our hometown in Southern California. They had not brought the boat around from the west coast on her own bottom but had cruised in her up and down the East Coast and made the great loop down the Mississippi. They had been on the boat for two years, living and loving every minute of it. As they said, the thing that makes cruising so great is the people you meet.

From Belhaven we ran to Coinjock where the tee shirt reads "wherethehelliscoinjock". Having now been there, I still can't really say! It is a tie-up spot along the side of the canal where you can refuel without having to go to a dedicated fuel dock and the restaurant, only feet away from the boat, serves 32oz prime rib for serious carnivores.

The route to the large, industrial town of Norfolk, home to a huge naval base, takes time as there are numerous bridges which only open on the half hour or even just on the hour. Again the ICW alternated between wide open stretches of water and narrow channels bordered with the jagged stumps of trees which have toppled into the turgid, coffee-colored water. As nicotine-stained fingers were once the hallmark of a chain smoker so brown stains on the bows of white hulls characterize boats which use the ICW and Venture was no exception.

Norfolk marks the northern start to the ICW and it was 14 hours from there to our next destination close by Annapolis. To time our arrival for 9 AM the following morning we tied up for a few hours at a marina in downtown Norfolk and got underway just before sunset. With our main navigation computer on the blink, the overnight passage up the Chesapeake was a challenge with numerous buoys and shipping to contend with.

I am writing this tied up at the marina and Fleming service center owned and operated by Burr Yacht Sales. The covered slips can accommodate 15 Flemings from 55 to 75 feet with space for more at nearby dockage. We made the 936 miles from Fort Lauderdale to Annapolis at an average speed 9.1 kts and arrived with fuel to spare. Because of the climate and the need to run airconditioning, the generator ran continuously while we were underway and even at some of the smaller docks. I estimate that the generator used about 300 gallons - or about 20% of our total fuel use - which means that the engines burned about 1,100 gallons or about 1.17 gallons per mile for this section of the trip.

Venture has now carried us close to 16,500 miles with 6,600 of those miles in the nine weeks since we left the La Paz area on April 12th. For the next few weeks our boating will follow a more conventional pattern as we make our way north through waterways, canals and the St Lawrence Seaway en route to Nova Scotia.