Vancouver Island to the Aleutians and Beyond - Part Eleven 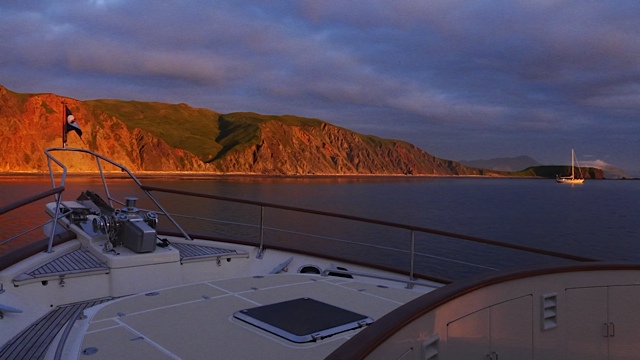 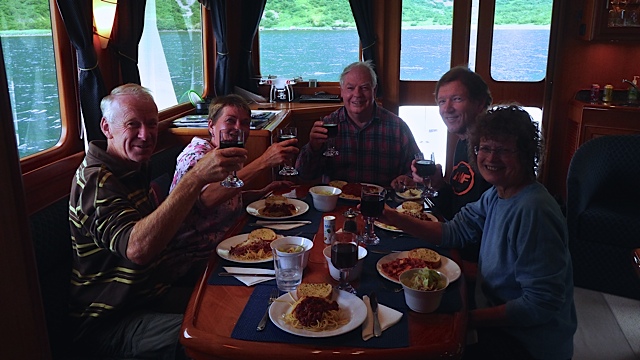 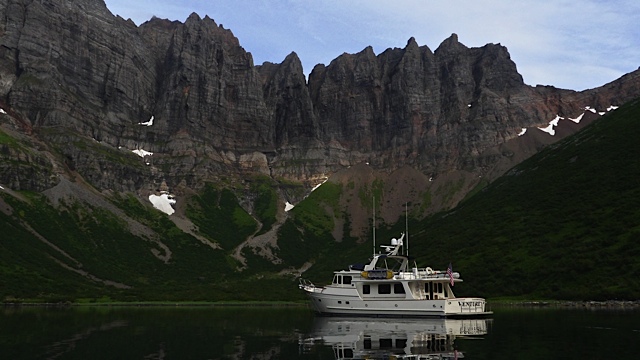 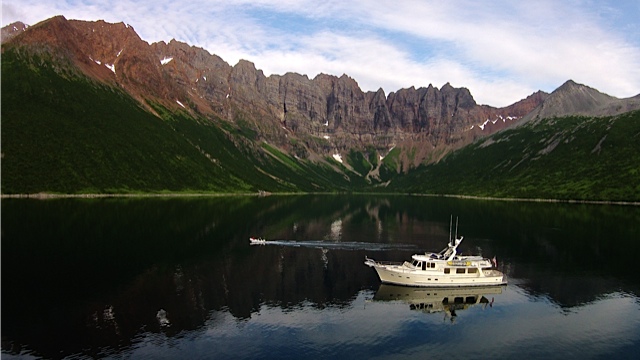 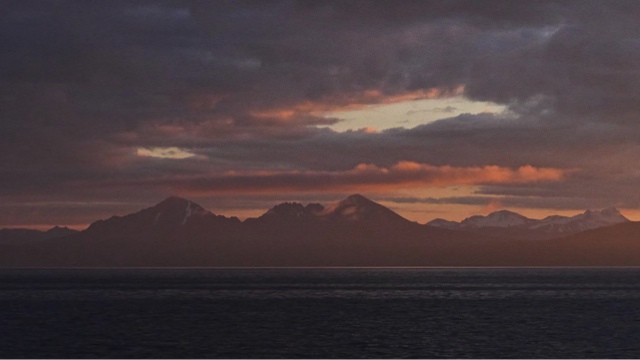 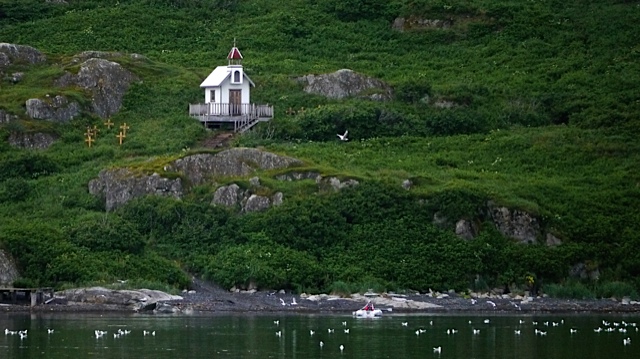 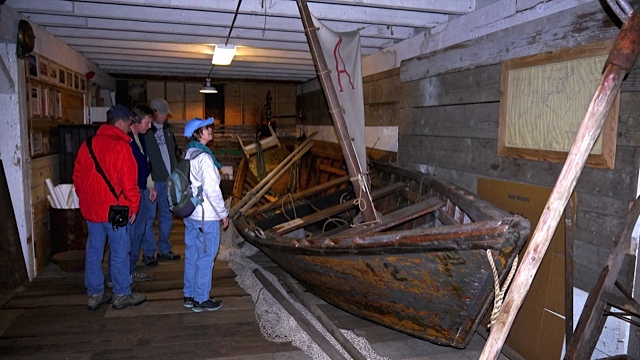 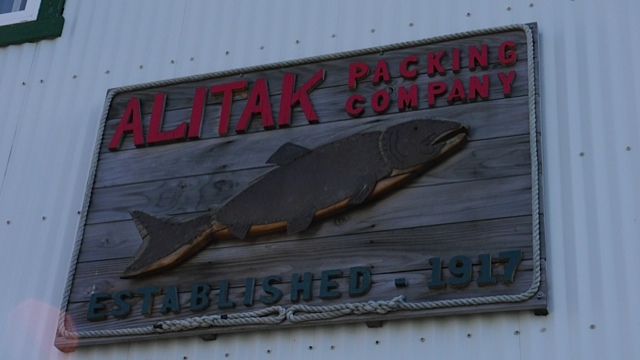 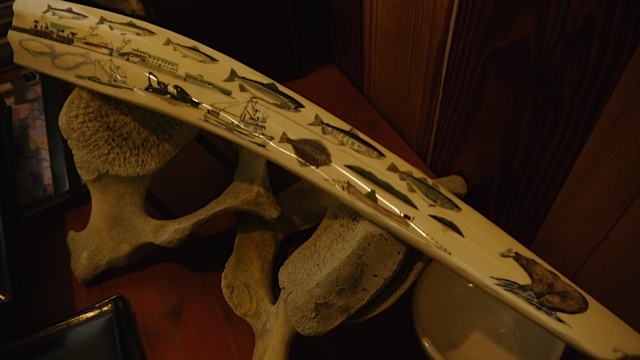 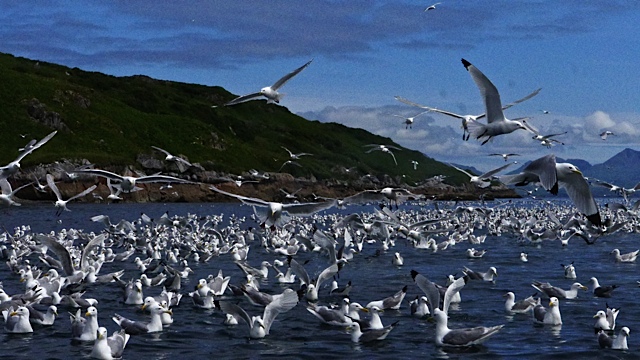 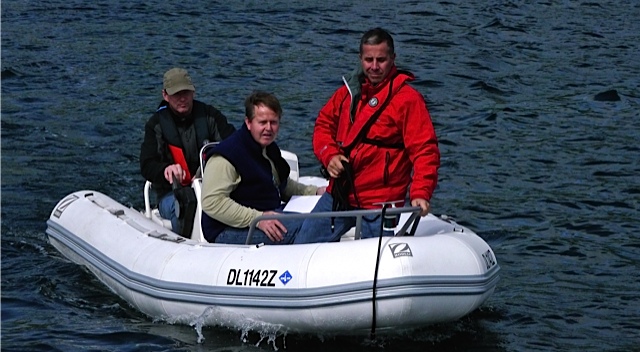 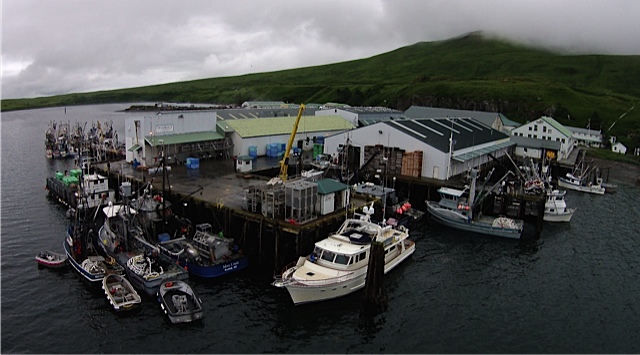 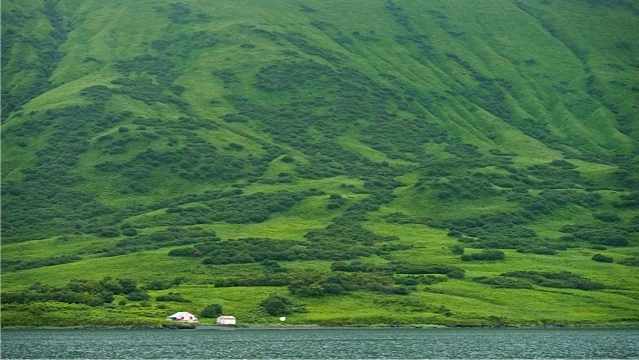 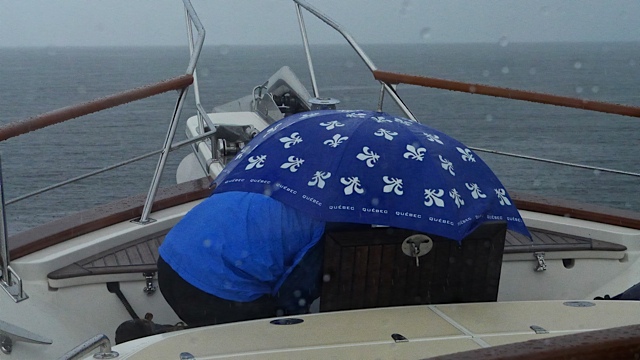 My previous blog closed with the statement "My next blog will really be from Kodiak in about two weeks time." This turns out not to be quite true. It is being sent from Kodiak but earlier than anticipated. To find out why - read on!

It is still grey and overcast when we finally take our leave of Sand Point. Also leaving today are all the other cruising boats we have met during our stay here. We have an uneventful journey to Kupreanof Harbor between Paul and Jacob Islands. We were last here on June 9th when outward bound on our way west. The 46 Nordhavn Four Seasons joins us in the anchorage.

We awake to another grey morning but, more importantly, no significant wind. We are underway at 0830 but pause to chat with folk on Four Seasons. We overtake Santana before we reach Castle Cape which looks every bit as dramatic as on our previous visit. We anchor at the head of northwest arm of Castle Bay at 1538. We invite Jan and Trees from Santana aboard Venture for a spaghetti dinner and Chris picks them up in the tender. We all enjoy a delightful evening. The peaks begin to come clear after dinner.

This morning we are thrilled to see the peaks completely clear with patchy blue sky. We launch the tender and Steve and I take photos of Venture raising anchor and underway down the bay. While we are still in the tender, Chris launches the drone. The setting is incredible and it is hard to stop taking photos and video. After 1 ½ hours we finally tear ourselves away and head for our next destination. The sea is calm, even glassy, with large and widely spaced, ocean swells. Overhead, a mixture of cirrus and cumulus create wonderful cloudscapes. We overtake Santana, who had left the anchorage before us, and see Lets Go on the AIS ahead of us. We also overtake Seymour - the 102 year old fishing boat we had encountered in Sand Point. At 3 pm, we anchor on the north side of Sutwik Island in water like a sheet of glass. We launch the small tender and go ashore to explore a beach piled high with bleached and battered logs. In sandy areas we are astonished to see bear tracks - very surprising given the distance between this island and the mainland. Santana arrives and Jan and Trees join us on the beach. We have king salmon for dinner - courtesy of Temptation in Sand Point.

We are underway at 0630 for our crossing to Kodiak Island. The sun is just above the horizon creating a lovely light and prompting the taking of many more photos (sigh!). Santana is staying on the mainland side of the Shelikof Strait so we won't be seeing them for a while. It is a stunning day with dazzling sunlight and calm seas. In the distance we can see Chiginanak Volcano and other mainland peaks. A small pod of westbound Dall porpoise reverse their course to cavort in Venture's bow wave before resuming their journey. We see several whales but they are too far off to photograph. As yesterday, we rise and fall on the smooth bosom of the ocean. Apart from a scattering islands, there is no significant landmass south of here until you reach Antarctica. At 1755 we anchor in Lazy Bay off Alitak Bay on Kodiak Island just across the bay from a neat and busy fish processing facility.

A contact I had met in Anacortes before the start of this trip strongly recommended we visit the Alitak Packing Company and introduce ourselves to Woody Knebel who runs the facility for Ocean Beauty Seafoods. We take the tender to their dock and are directed to the office where we meet Woody in his office - crammed with fascinating artifacts collected from many years of beachcombing and salvaging of tools and equipment from abandoned canneries. Woody shows us around the plant which is immaculate with not a speck of rubbish to be seen anywhere. He shows us his unofficial museum crammed with items too large for his office - including a 100 year old fishing dory. Outside is an arch formed by the jaw bone of a Fin whale - the second largest of the whale species after the blue whale. Here Woody takes a photo of us all. He invites us to lunch in the management section of the canteen served at a table artfully and attractively formed from thick planks of weathered wood finished with clear resin. The food is delicious and, as we see when we return out plates to serving window, the same as that served to the employees in the main section of the canteen. Woody has created a tiny gem of a non-denominational church in the hill above the plant. Alongside are simple crosses, memorials to passed employees. Woody has been here for twenty years and every aspect of the facility is a testament to his caring and fastidious management style. I invite him for dinner aboard Venture this evening. Before leaving the plant, we visit the small but well-equipped store selling basic everyday items to employees. In the afternoon we take the large tender into extensive Alitak lagoon where we see an eagle nest and many other birds. We drive through a blizzard of gulls on the way back to the boat. At dinner, Woody keeps us entertained with a fund of fascinating stories about his experiences. Our visit here has been one of the highlights of this whole trip.

In the morning we move Venture to the crowded dock where Woody has agreed to help us out with a minor supply problem. We are a tight fit especially as a tender has just arrived to discharge its load of salmon. We launch the drone to take photos from a different perspective. We are underway at 1055 and head into Mosel Bay where we see many set netter establishments all along the shore. We pass through Olga Narrows into very large Olga Bay. Here too, the shore is lined with set-netters - some with really handsome establishments. We notice the first trees we have seen for many weeks, growing near the shore below hillsides so green they would dazzle a leprechaun. We pause at Cannery Cove where ruined buildings from one of the many abandoned canneries in the area are slowly decaying into the undergrowth. We anchor briefly in Anchor Cove to wait for the tide to slacken in Olga Narrows. After a couple of hours we pass through and anchor in Chip Cove just off the ruins of yet another abandoned cannery.

The previous evening we had entertained thoughts of a possible expedition ashore to explore the old cannery but a cold rain and a large No Trespassers sign cause us to change our minds. Just as well for, when we come to get underway, the windlass quits working when the anchor is just clear of the water and we are adrift. Chris pulls the anchor in the remaining distance by hand. We move ahead at slow speed while, somewhat protected from the rain by the large umbrella I purchased during our visit to Quebec 2008, Chris and Steve work to identify the problem which turns out to be a melted negative post on the windlass motor. Without the windlass, we cannot anchor in the deep waters found in anchorages around these coasts so, in a radical change of plan, we decide to head direct to Kodiak 125 miles up the east coast rather than follow our previously planned route up the west coast. We pass round the southern end of Kodiak Island through Russian Harbor and Geese Channel against a strong contrary tide. The weather remains misty with rain but, more importantly, the ocean is calm. It is bad luck that the windlass has failed but at least it had the consideration to do so when all but the final few feet of 150 feet of chain was raised and at a time, place and weather which allowed us to deal with the problem and execute a viable plan. Along the way, we pass the spot on Sitkalidak Island where the Shell platform Kulluk went aground on New Years Day 2013. Waves at that time were 50 feet but we only experience ocean swells on our starboard quarter. Chris contacts Kodiak Harbor by sat phone to ensure we have a berth for our arrival just after 9 pm. It is still daylight of course and the harbor is mostly empty as the working boats are out earning their living. Today we have covered 125.3 nm and been underway for 11hrs 47 mins. When we arose this morning we certainly did not expect to find ourselves here in Kodiak tonight!

It is a fine morning and Chris and Steve are engaged in organizing repairs while I write this blog. I am not making any rash forecasts but the plan is to fit in a couple more days cruising before returning here on July 18th and, when the weather gods allow, heading direct from here to Sitka. This will be a 550 nautical mile crossing of the notorious Gulf of Alaska.