Vancouver Island to the Aleutians and Beyond - Part Two 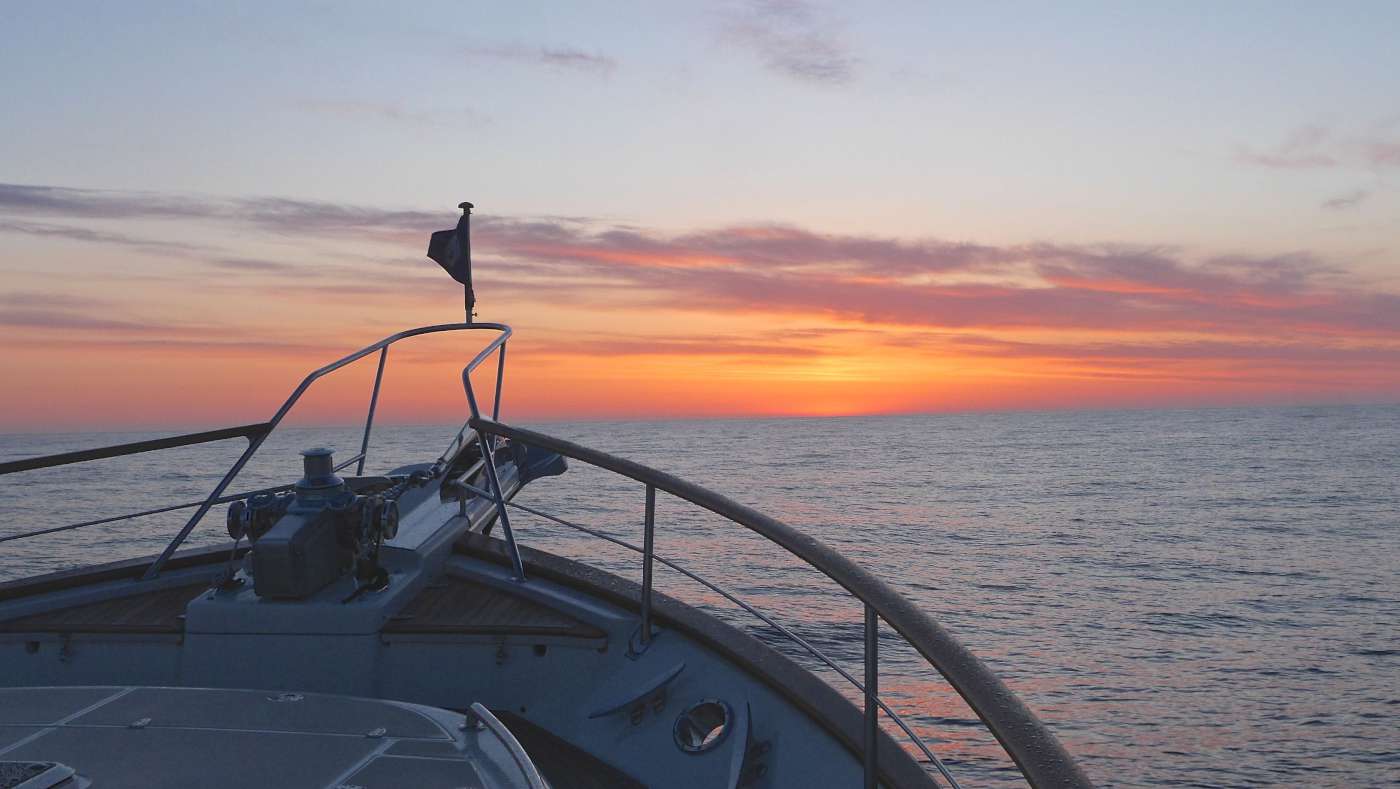 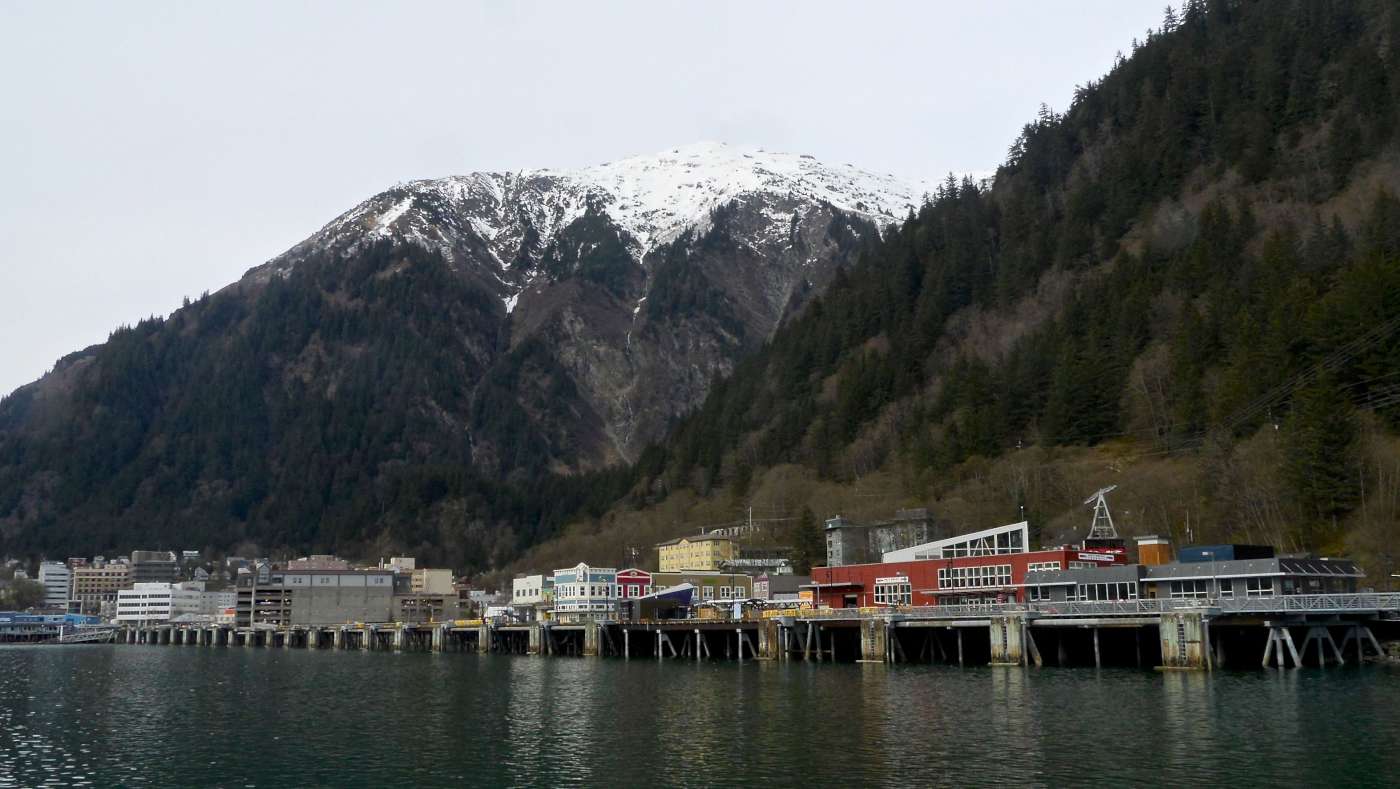 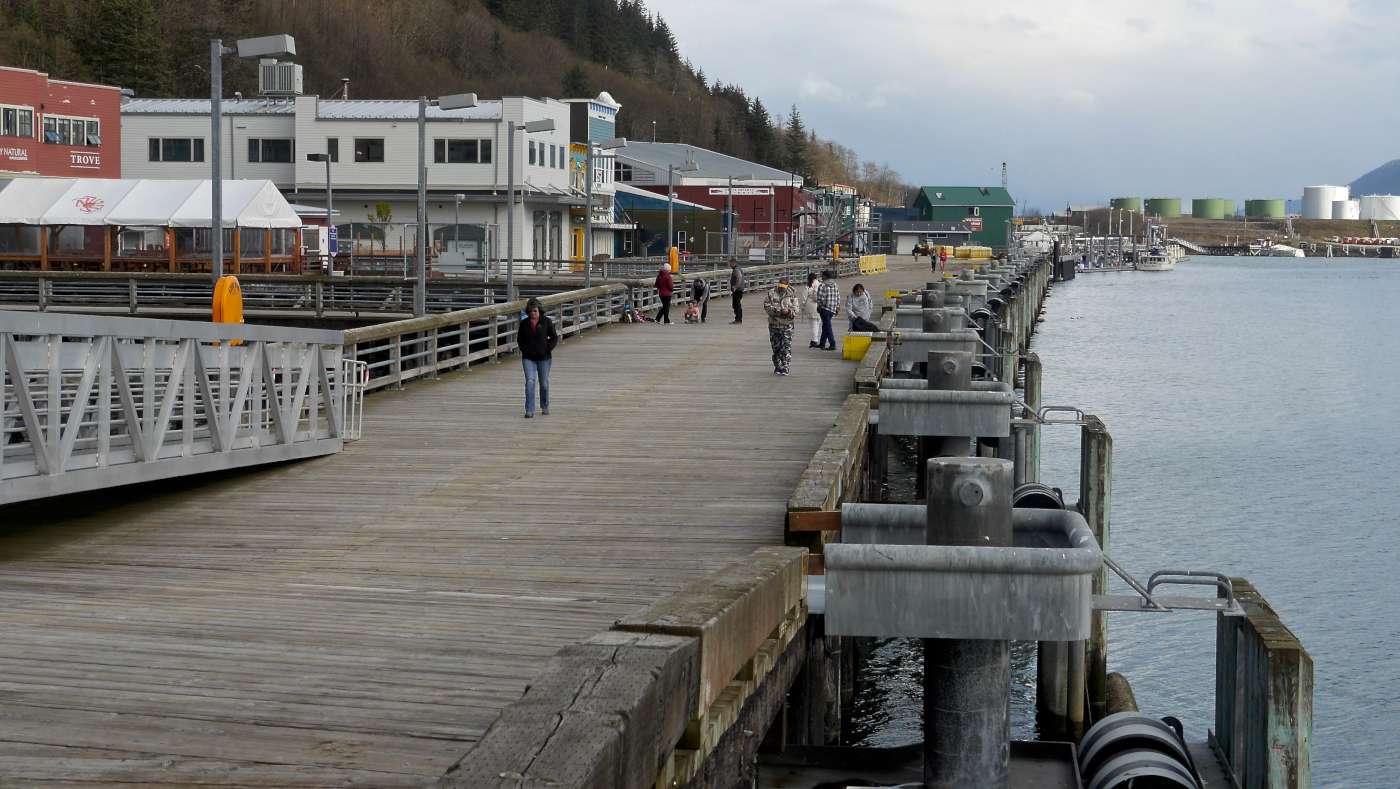 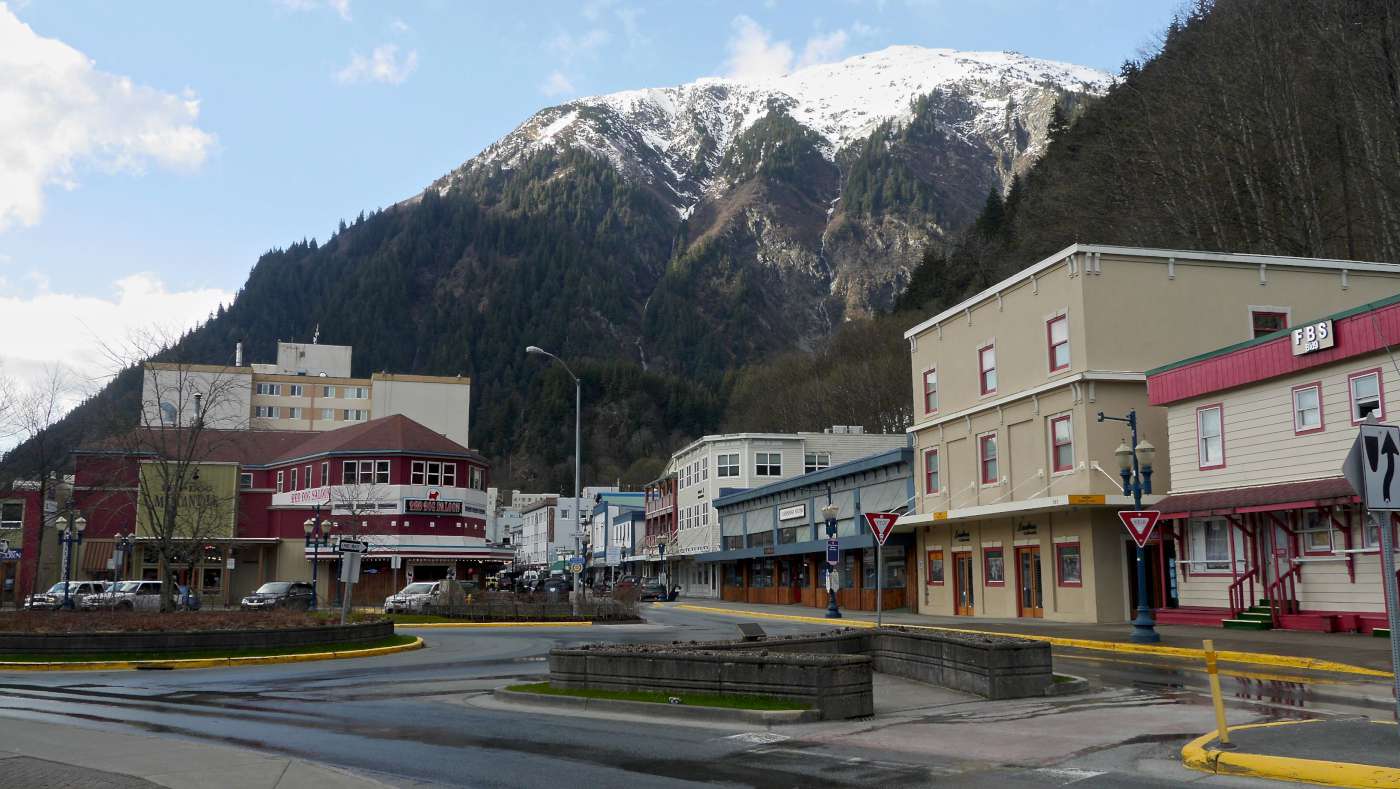 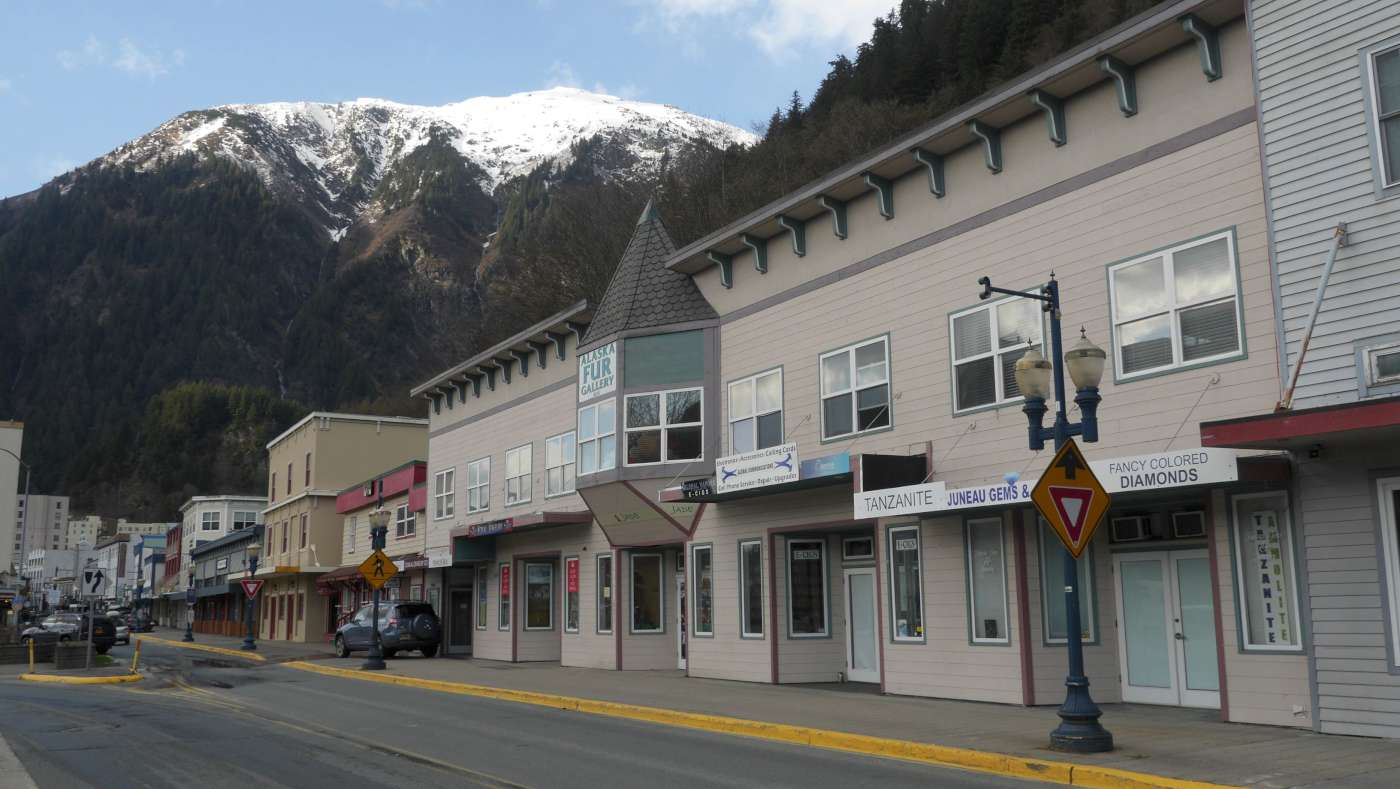 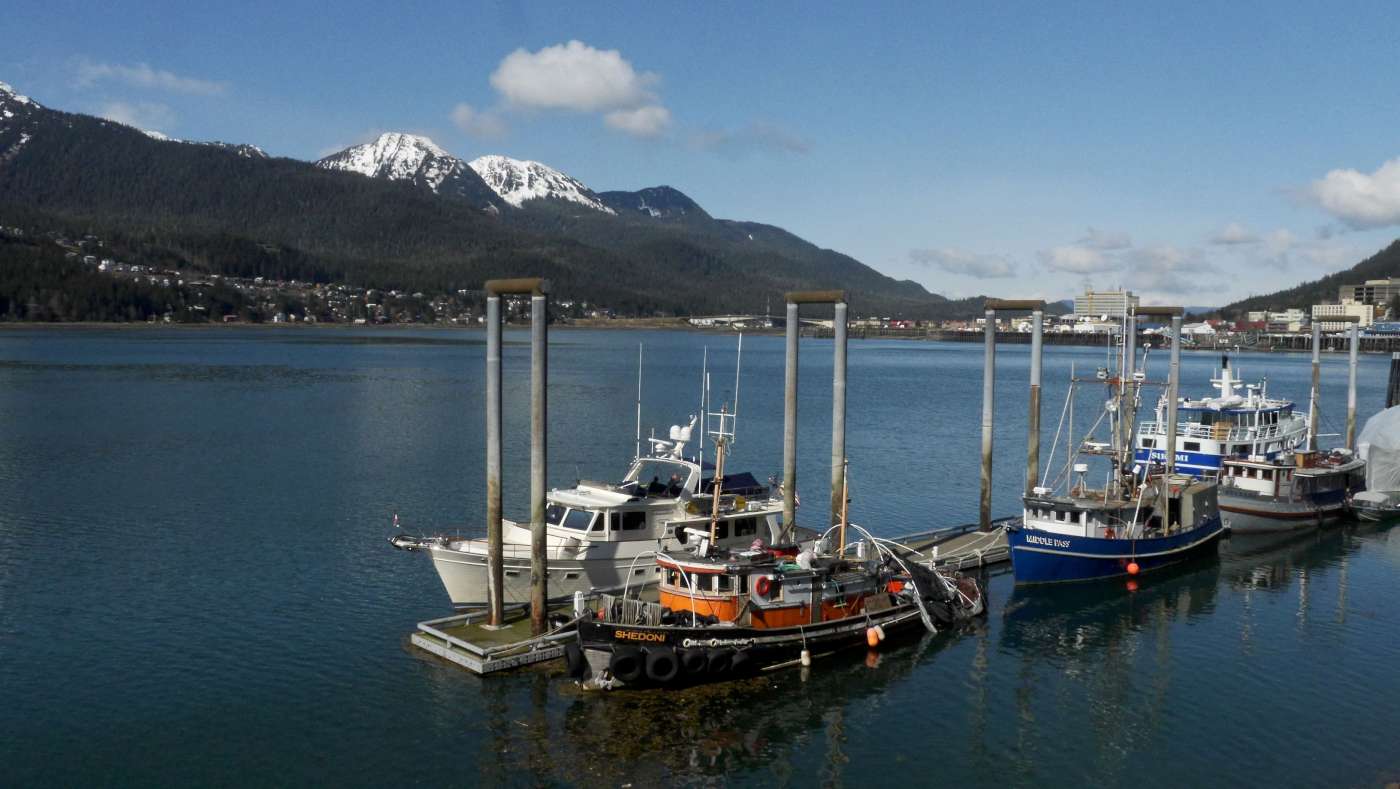 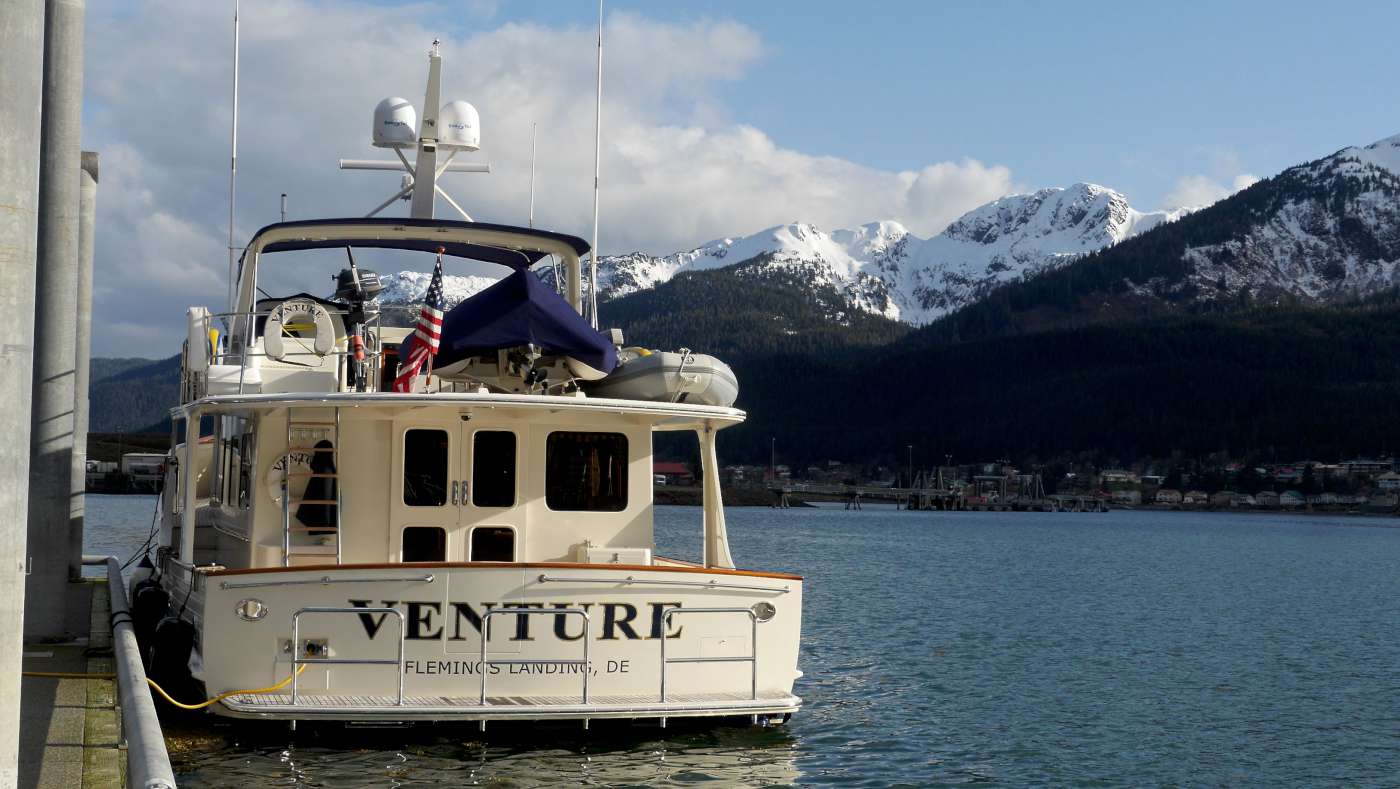 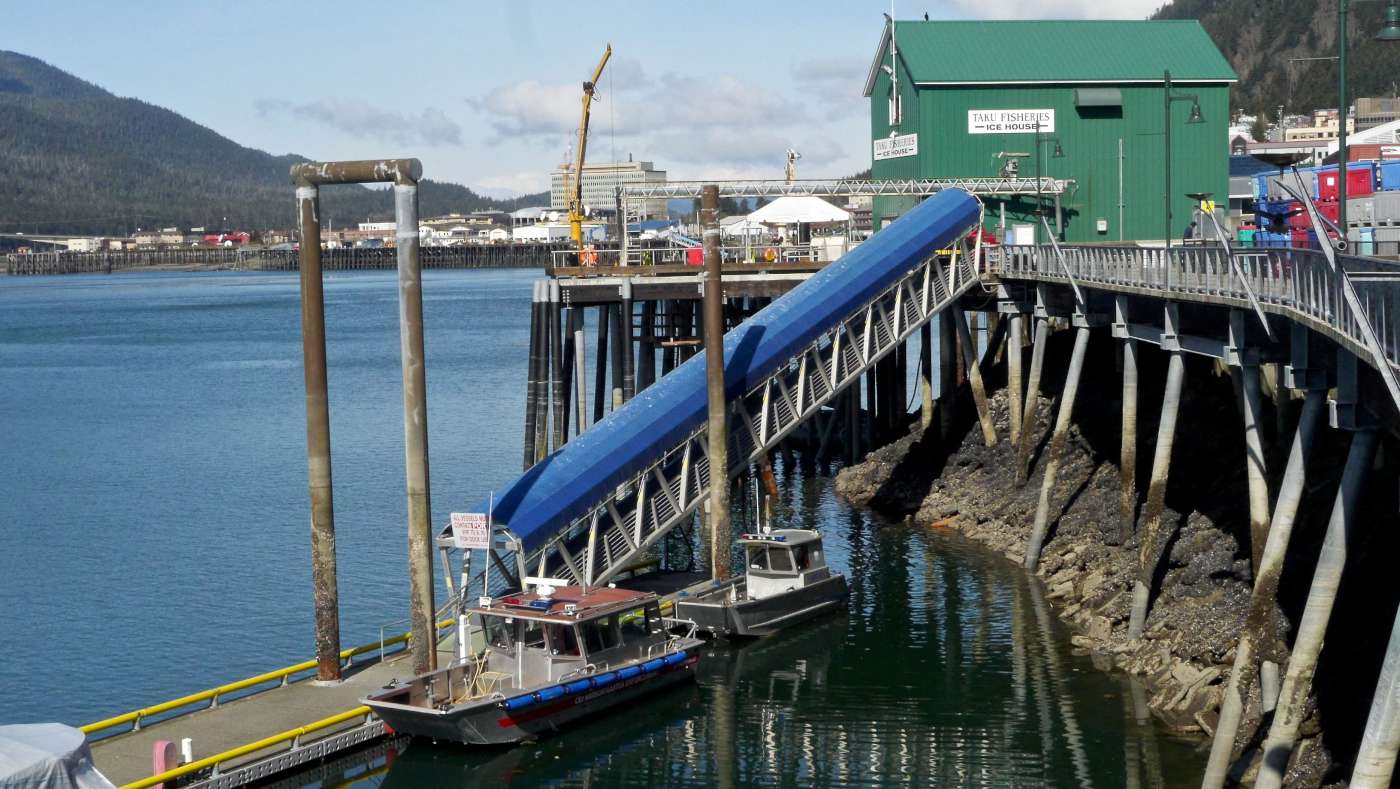 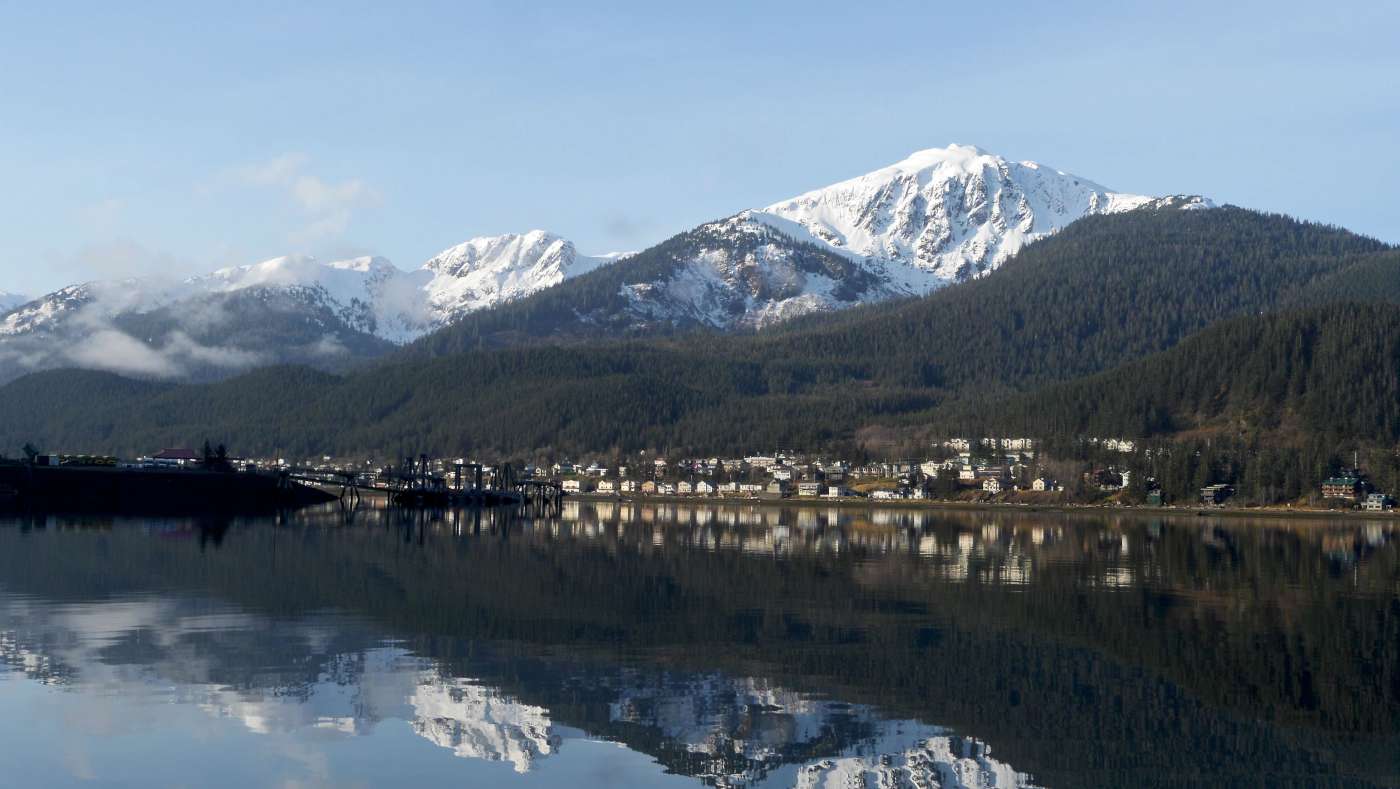 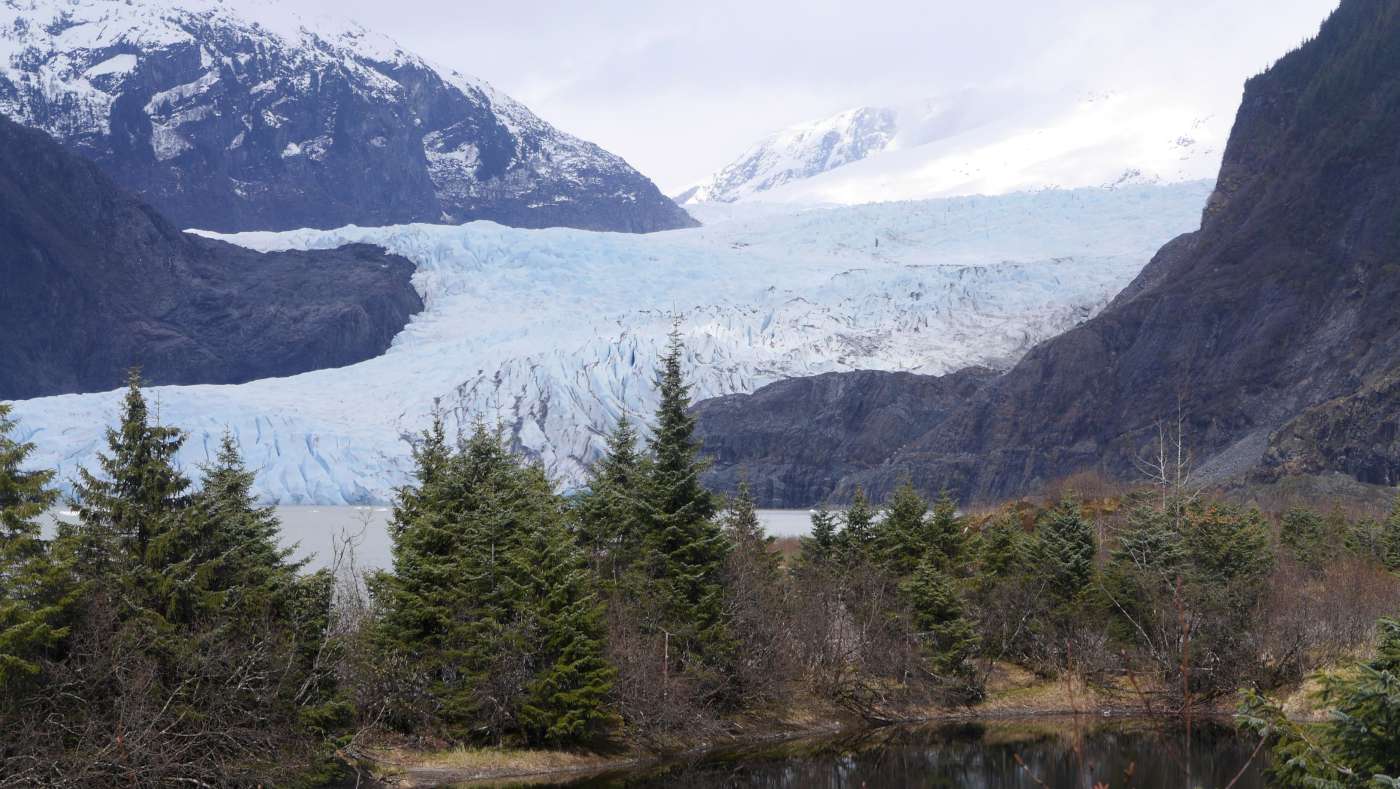 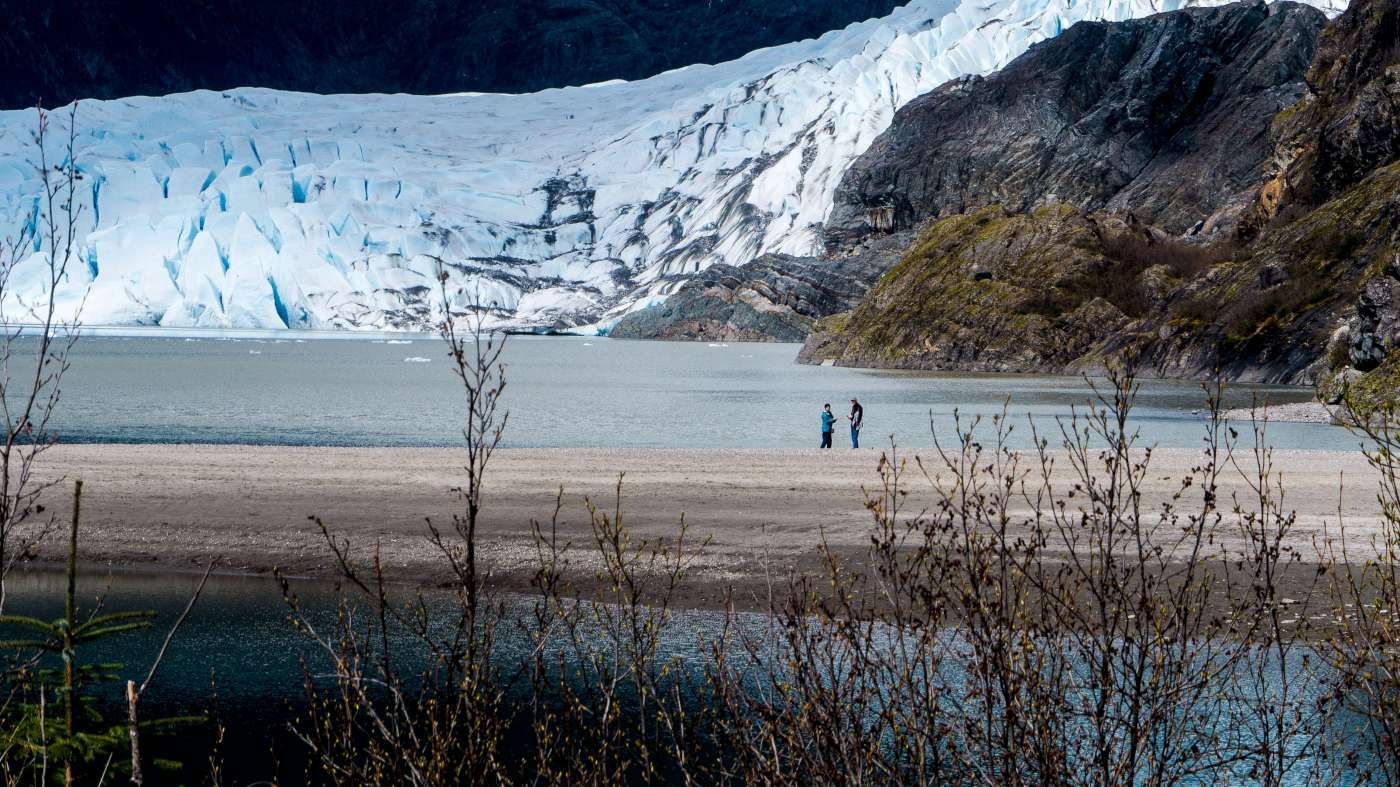 Chris and Christine at glacier 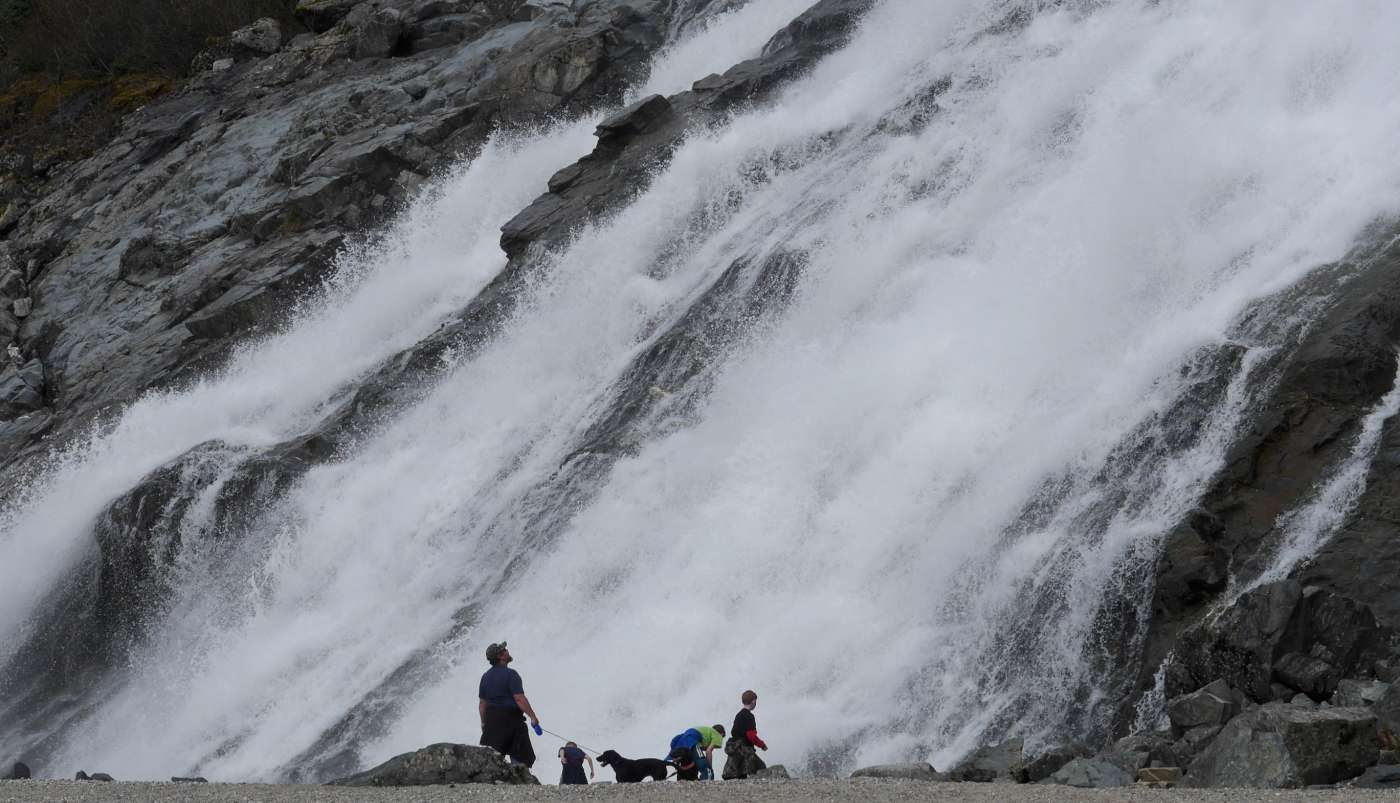 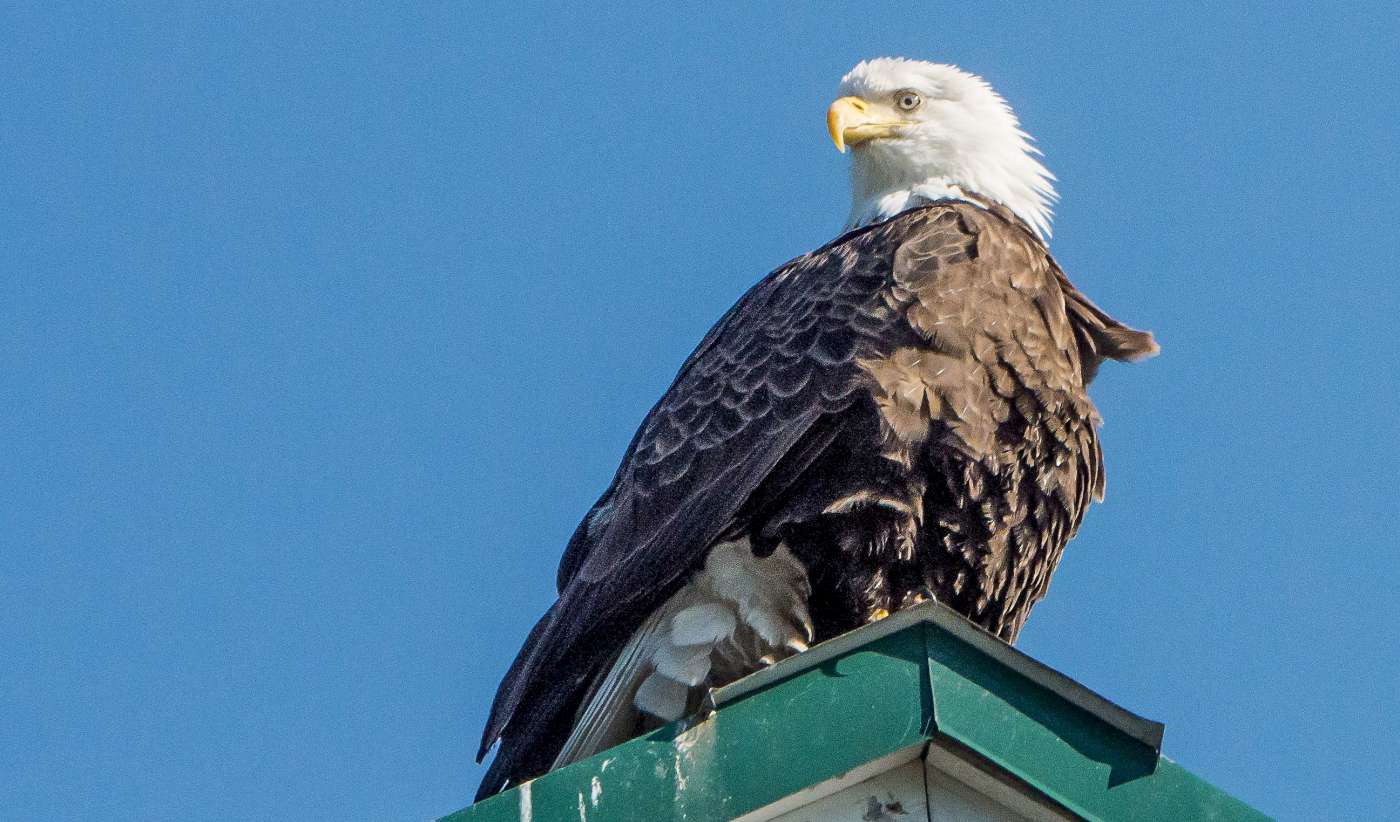 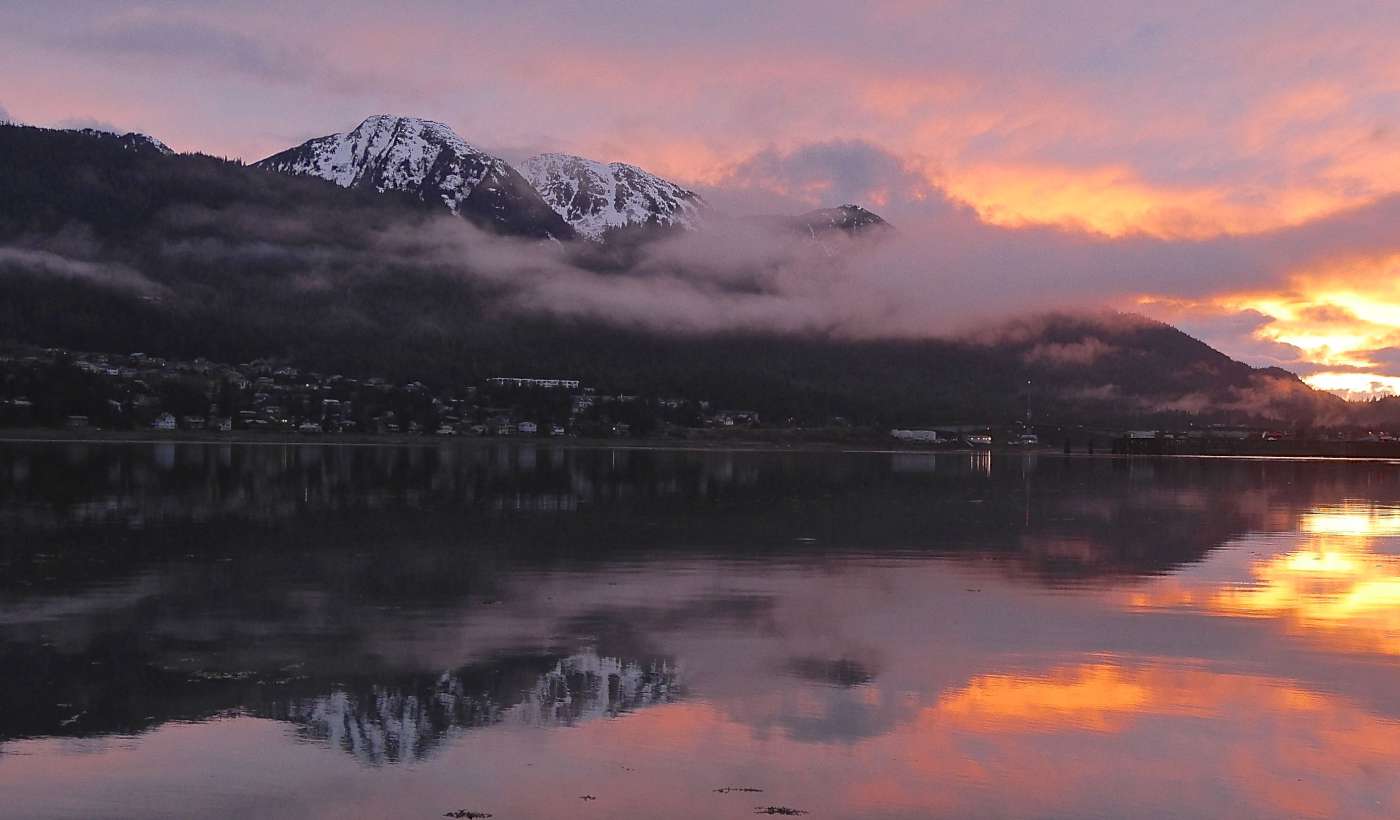 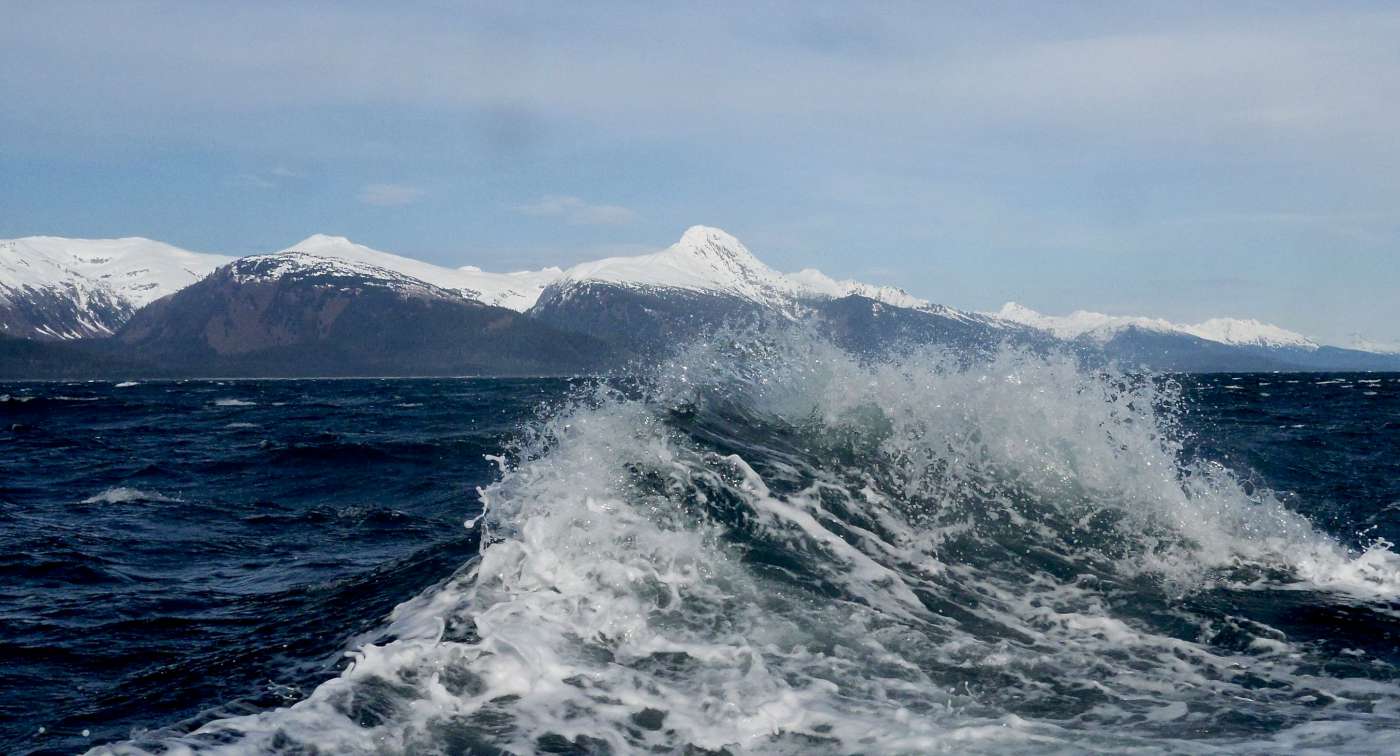 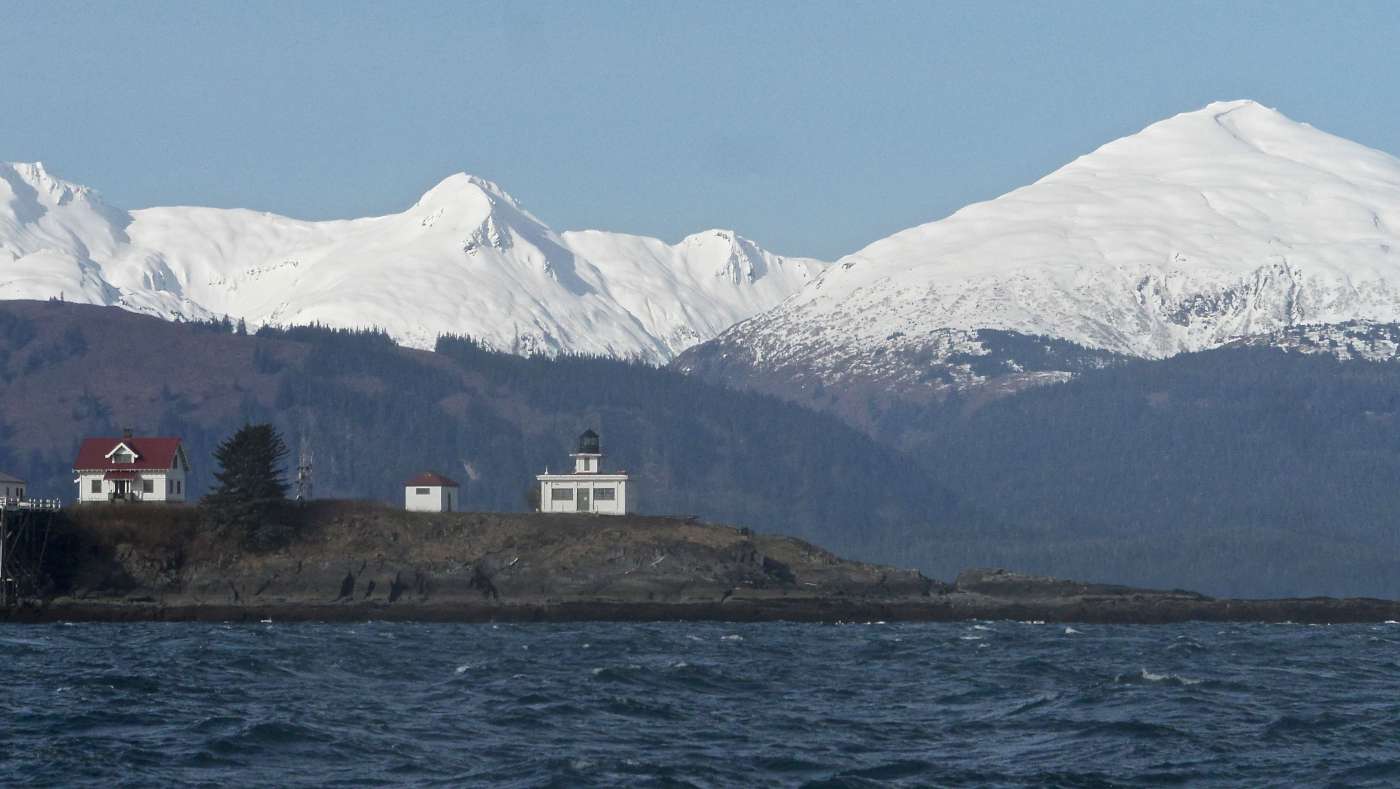 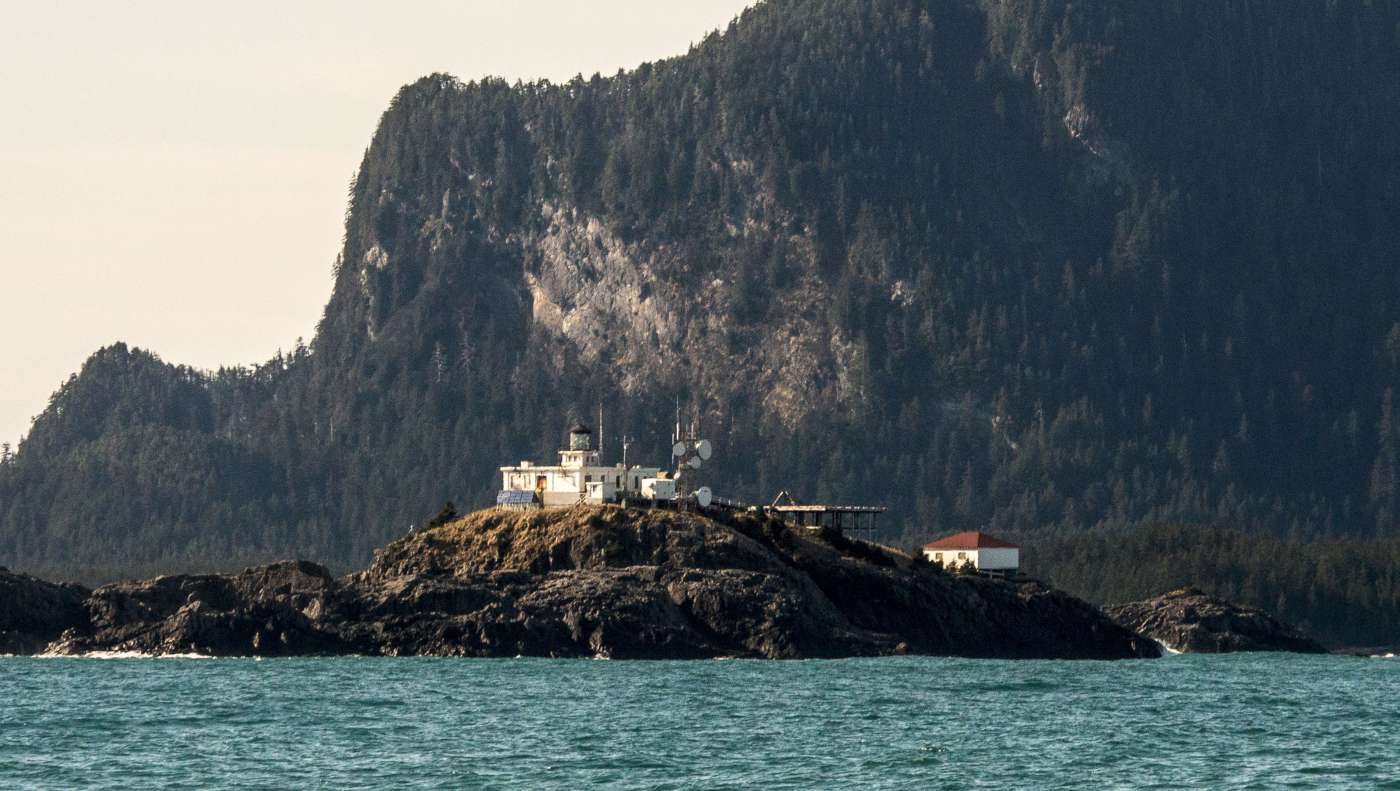 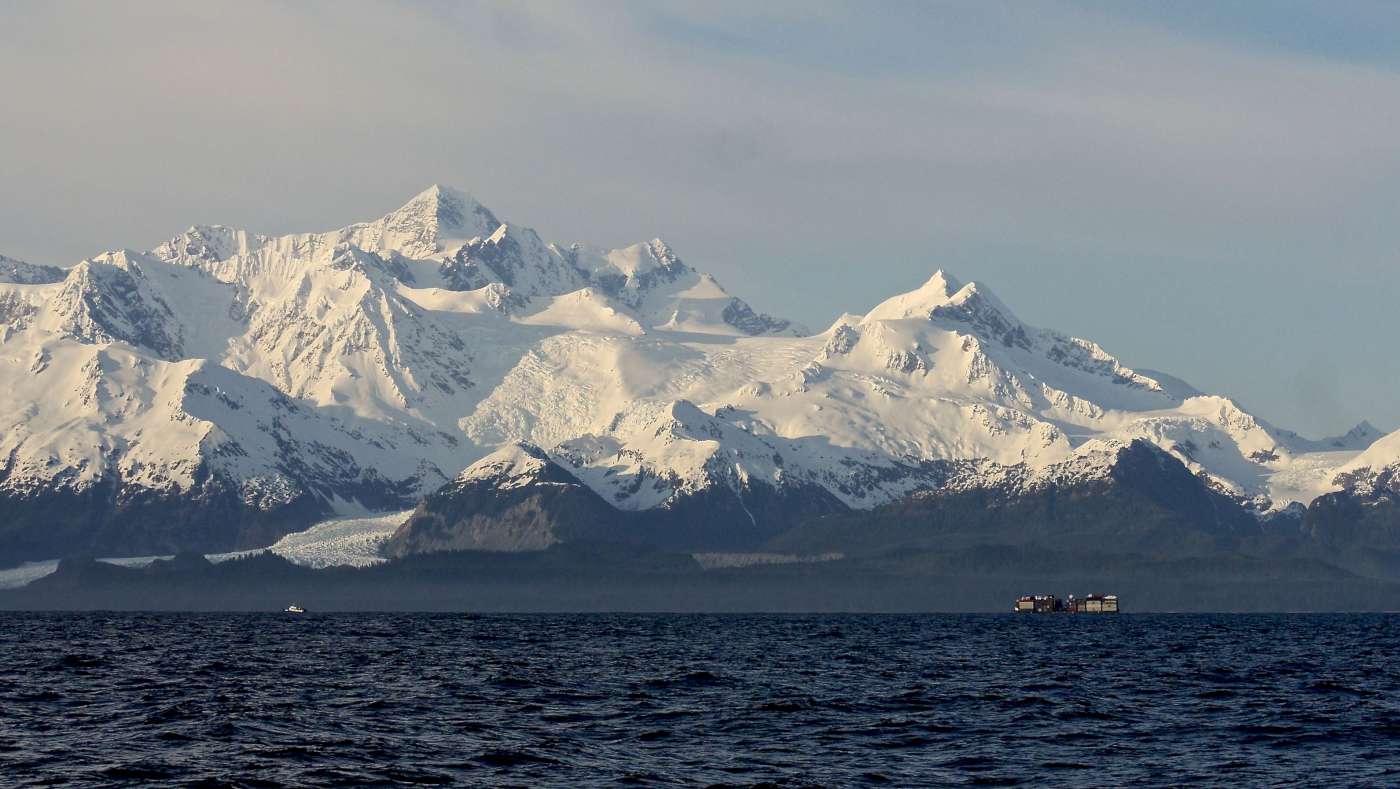 Barge and tug Gulf of Alaska 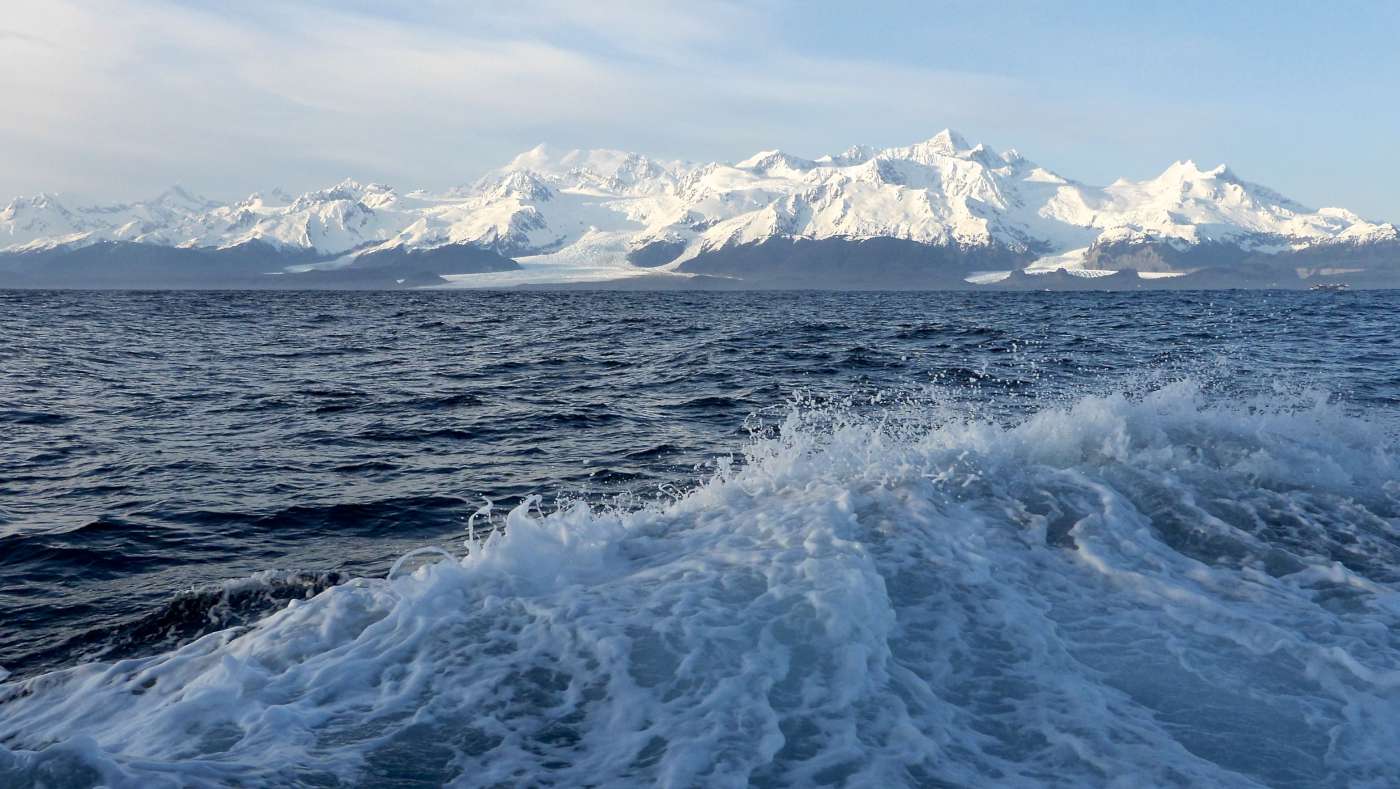 We spend 2 1/2 days in Juneau which seems strangely empty compared to our previous visits in July - at the height of the season. We are allocated a berth in downtown where the waterfront is devoid of massive cruise ships. With a tidal range of as much as 24 ft, the access ramp to the dock is steep. We see many bald eagles - as many as thirty or forty circling the skies overhead or perched on trees or rooftops.

Many of the shops have papered windows staring out with blank eyes onto empty streets. In places there is feverish remodeling. The town has the feel of a stage set awaiting the arrival of the players. The curtain goes up in just ten days when the first of the big ships is due to arrive. It would be interesting to witness this event but we have a date with the birds in Cordova and cannot take the time. A study of the weather sites, buttressed by calls to Commanders Weather, reveals a weather window long enough for us to run non-stop to Prince William Sound but, in anticipation of high winds, we decide to remove the bimini.

It is grey and rainy on the day of our arrival but we awake the following morning to cloudless blue skies and a temperature of 32F (0C). We take the opportunity to visit the Mendenhall Glacier and walk to the adjacent waterfall. It is alarming to see the rate at which this glacier - along with so many others - is retreating. We re-provision and take on 1,100 gals (4,163 liters) of fuel. The following morning we are underway at five-thirty. Weather is overcast but fine as we head south down the Gastineau Channel. Once around Tantallon Point, into Stephens Passage, the wind increases to over 30 knots on the nose and drenches Venture in sheets of spray.

The route is lined with beautiful snow-covered mountains as we round Point Retreat. Once past Couverden Island, the wind drops and the sea becomes flat calm and glassy. We head west along Icy Strait and leave Pleasant Island to starboard. At 1640 we pass Cape Spencer lighthouse, the defining point at which inland waters meet the notorious Gulf of Alaska. The weather is fine and the wind less than forecast. The Gulf is the breeding ground for weather systems which travel across North America and even the Atlantic to Europe. Chris initiates the watch system - an easy 2 hours on and 6 hours off. I am favored with the best times: 0500 to 0700, 1300 to 1500 and 2100 to 2300.

We see almost no traffic but slowly overtake a diminutive tug towing a huge barge as we proceed north at 10 knots. The sun is just setting as I take my first watch at 9 pm. Soon we are enfolded in the wings of night and I spot an AIS target on our exact reciprocal course. It turns out to be another tow heading south. I alter course to starboard to give him room and he calls me on the radio to say he is doing the same The first signs of dawn stain the sky at 4 am.

I can just discern out the faint outlines of Mt St Elias at over 18,000 ft on the horizon. This massive mountain stays with us for many hours - moving from ahead to astern as we pass the seemingly endless chain of snowy peaks that line the coast. At 7.30 pm on the second day, we pass Cape St. Elias and distinctive Pinnacle Rock at the tip of Kayak Island. It was at this island - and by complete coincidence - that both Bering and Cook made their first landfalls on this coast - Bering in 1741 and Cook in 1778.

We pass through Hinchinbrook Entrance into Prince William Sound at 3 am. We continue to the town of Cordova where we tie up to the dock at 0842 after 51 hours and 7 minutes underway. Since departing Juneau we have covered 493.4 nautical miles (567.4 statute miles). We have reached our first cruising destination - 1,417 nm (1,629 statute miles) since leaving Delta on Vancouver Island. We are all weary after the trip and its disrupted sleep patterns. Venture is encrusted with salt but within a few hours we and the boat are all washed off and spruced up. We plan to be here in Cordova for about ten days.