Pacific Coast to Idaho - Part One 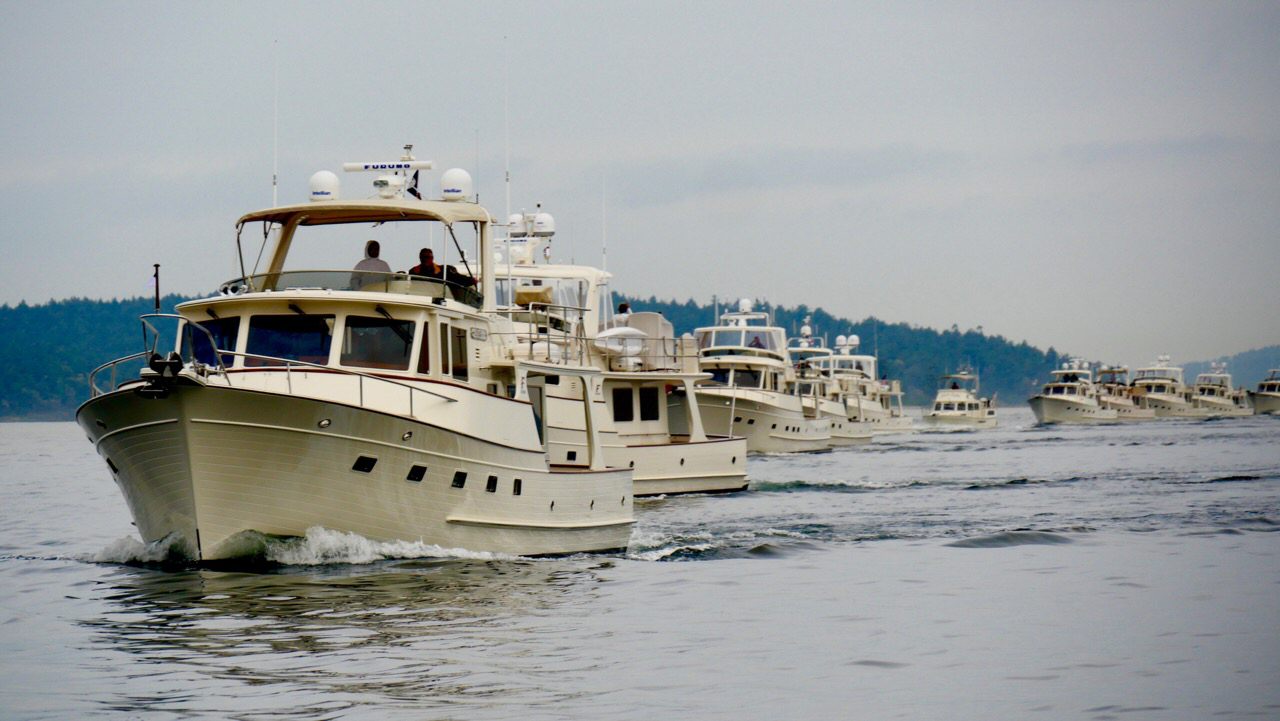 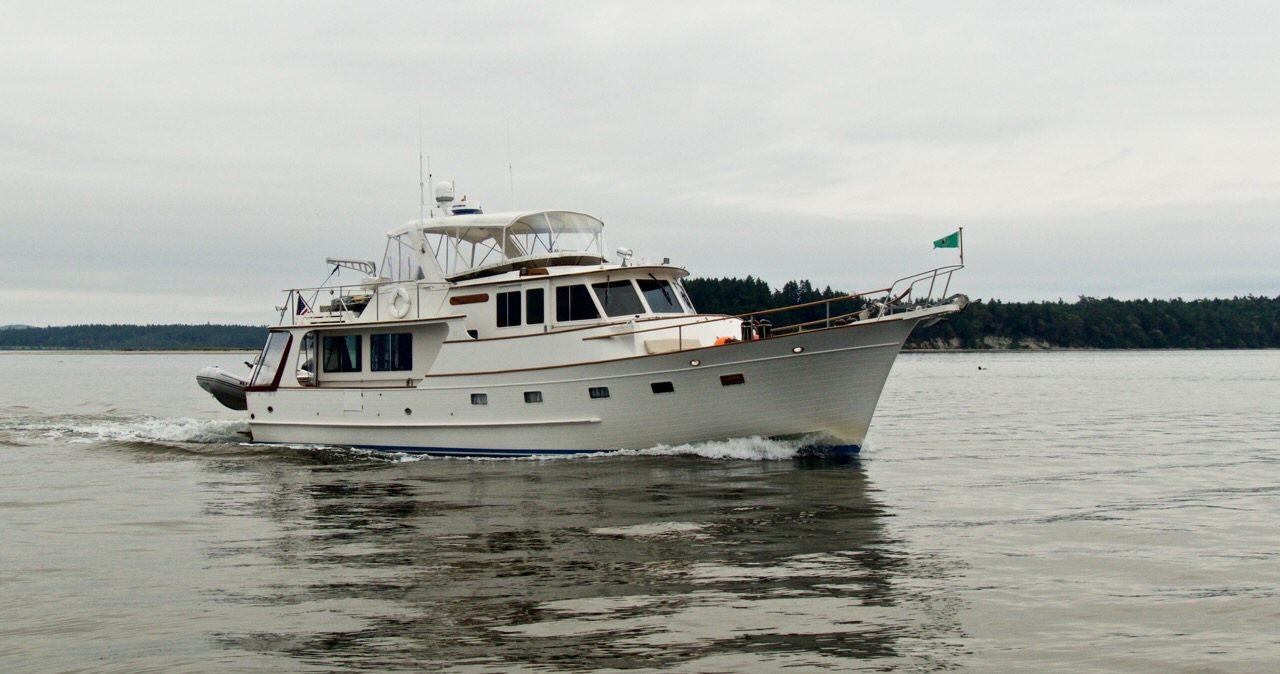 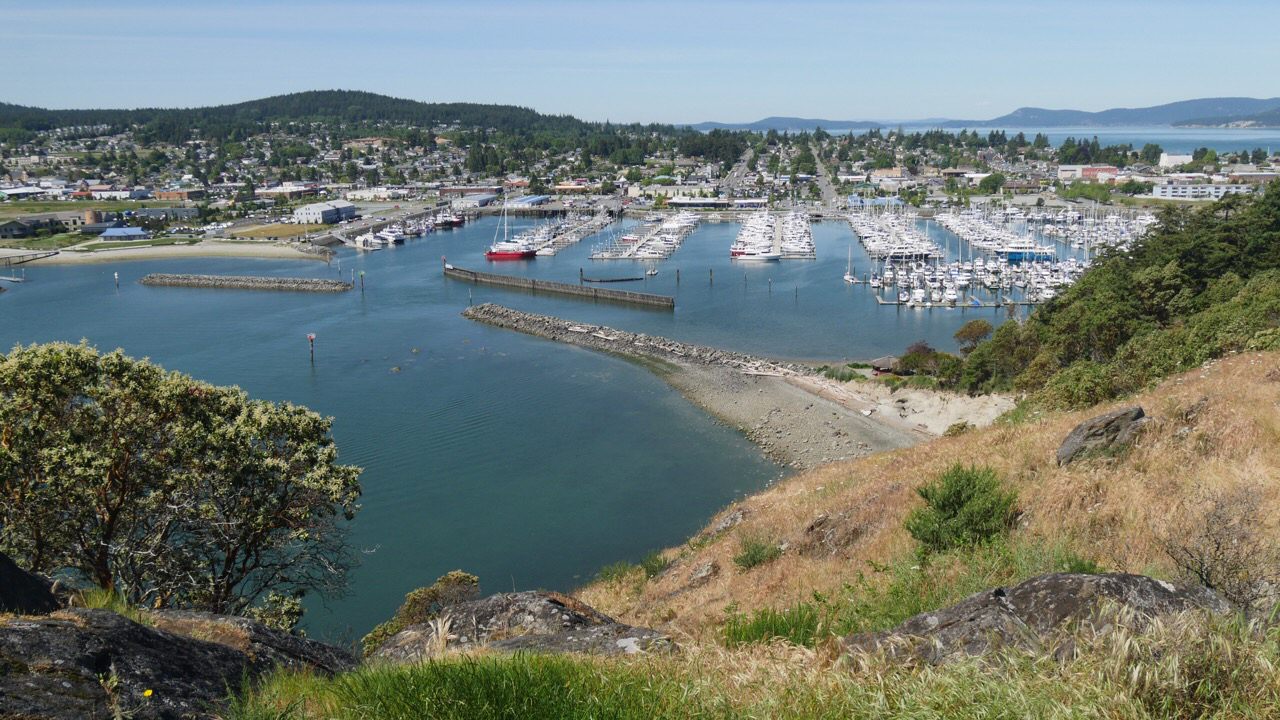 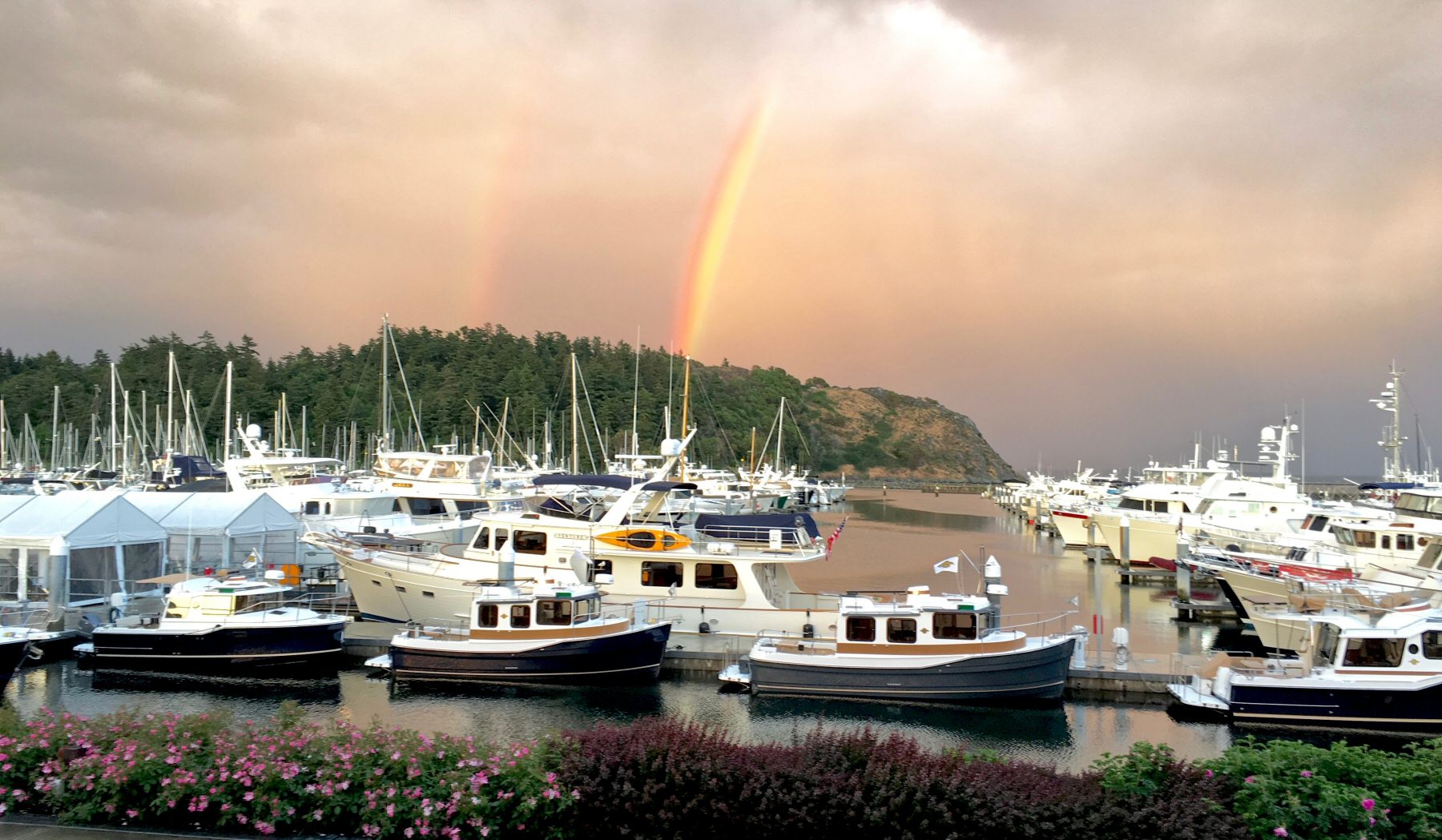 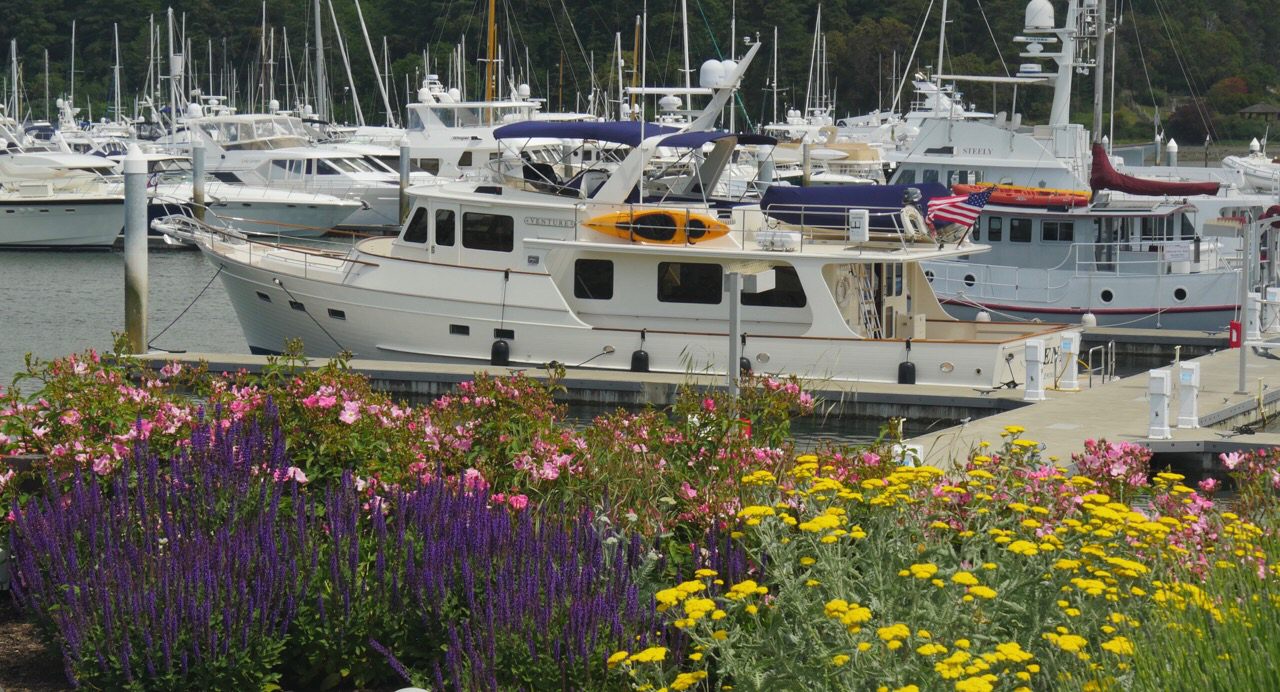 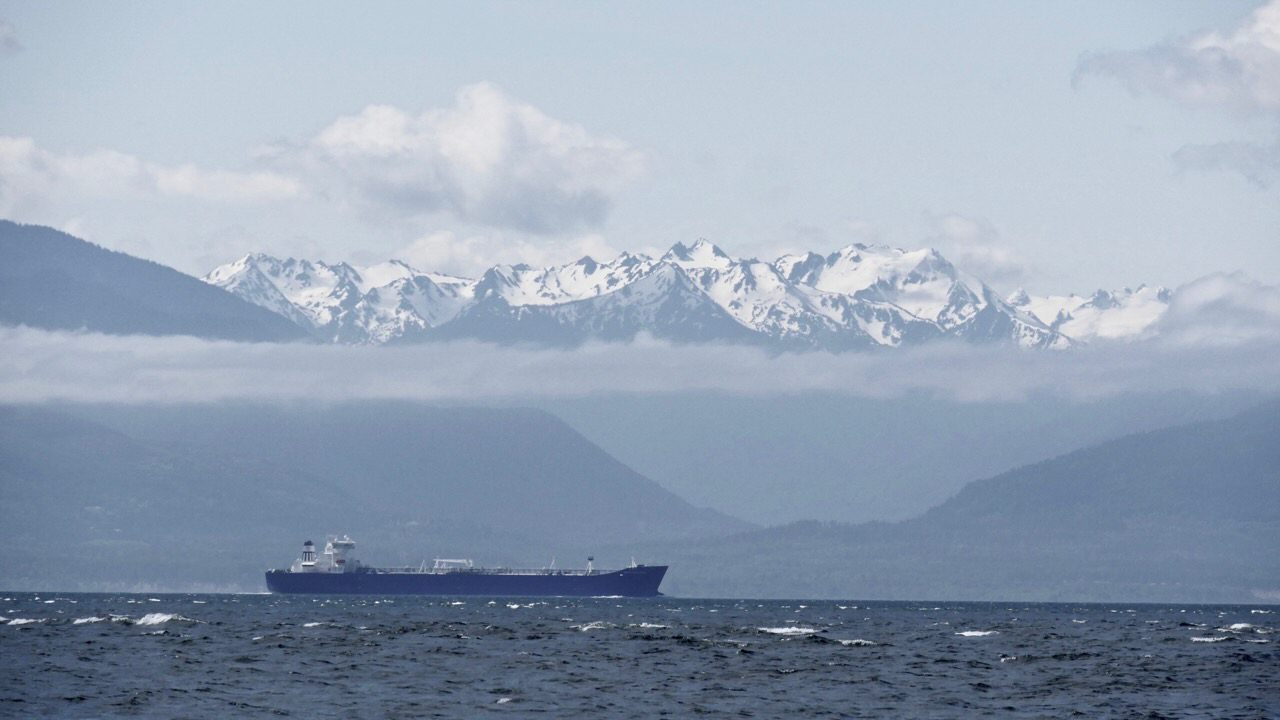 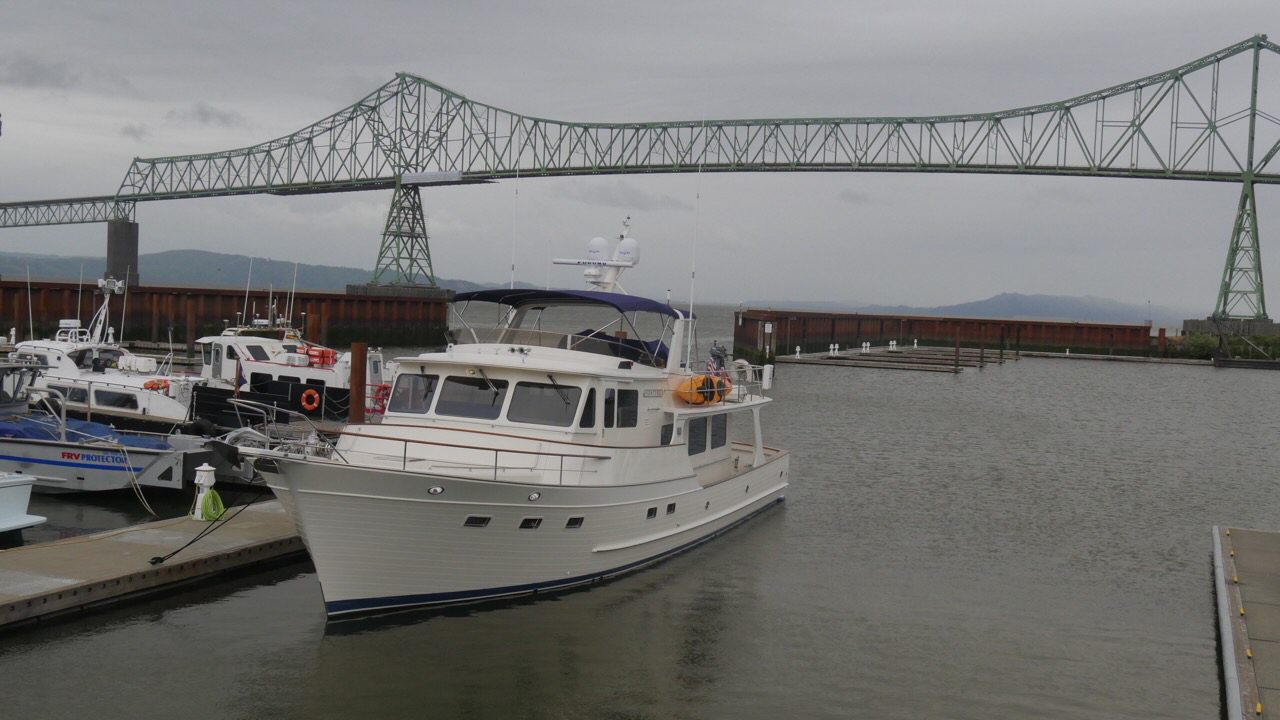 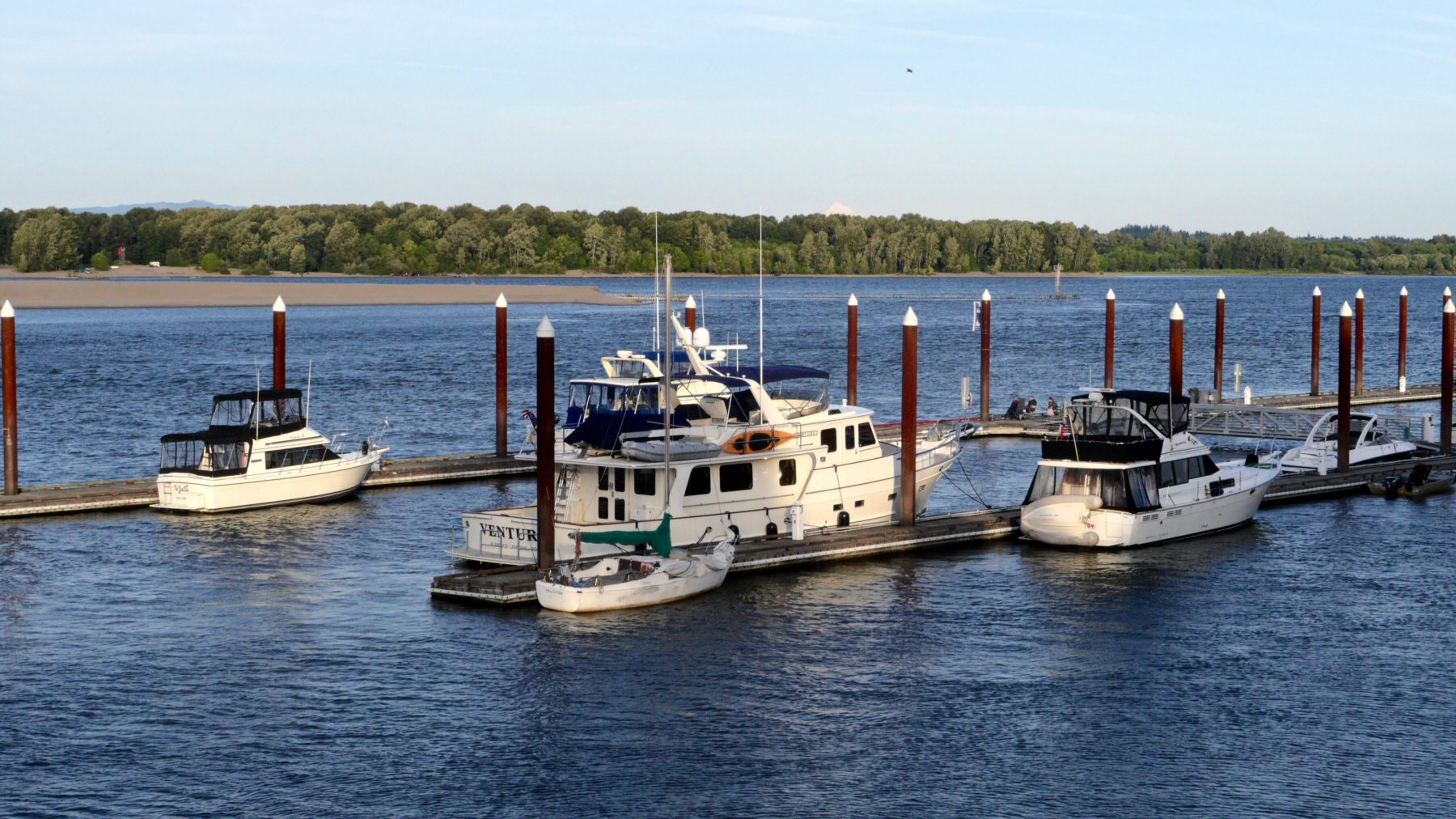 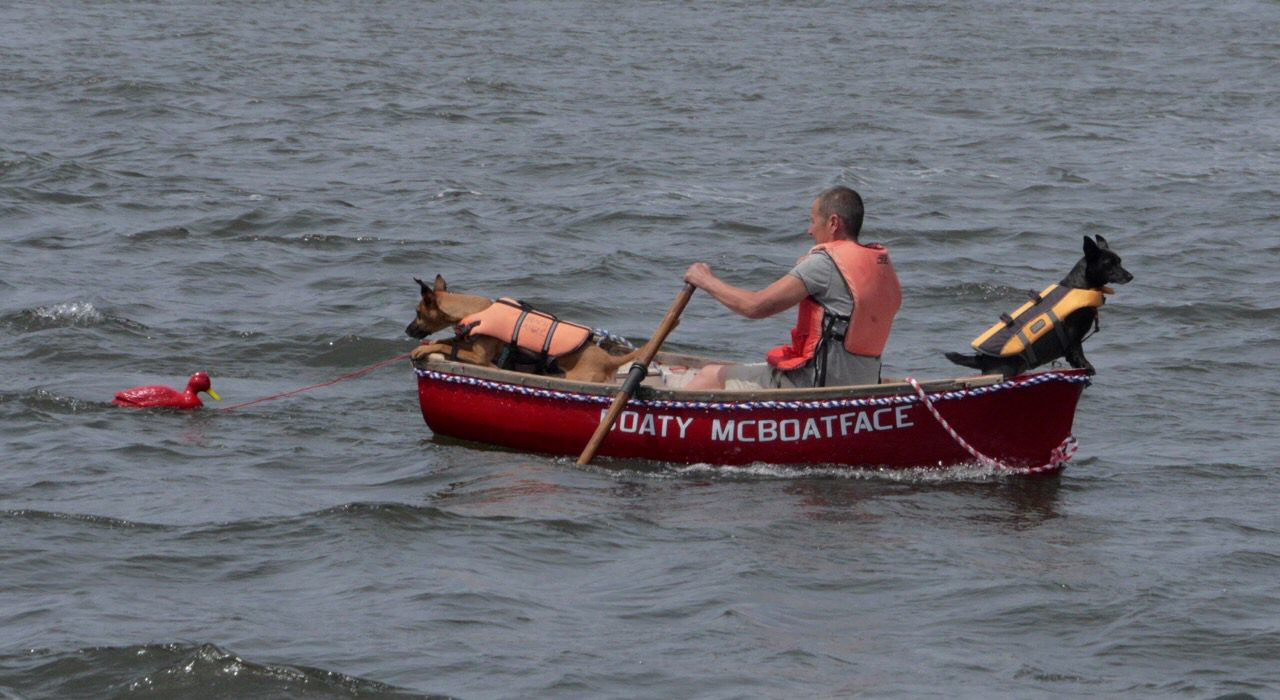 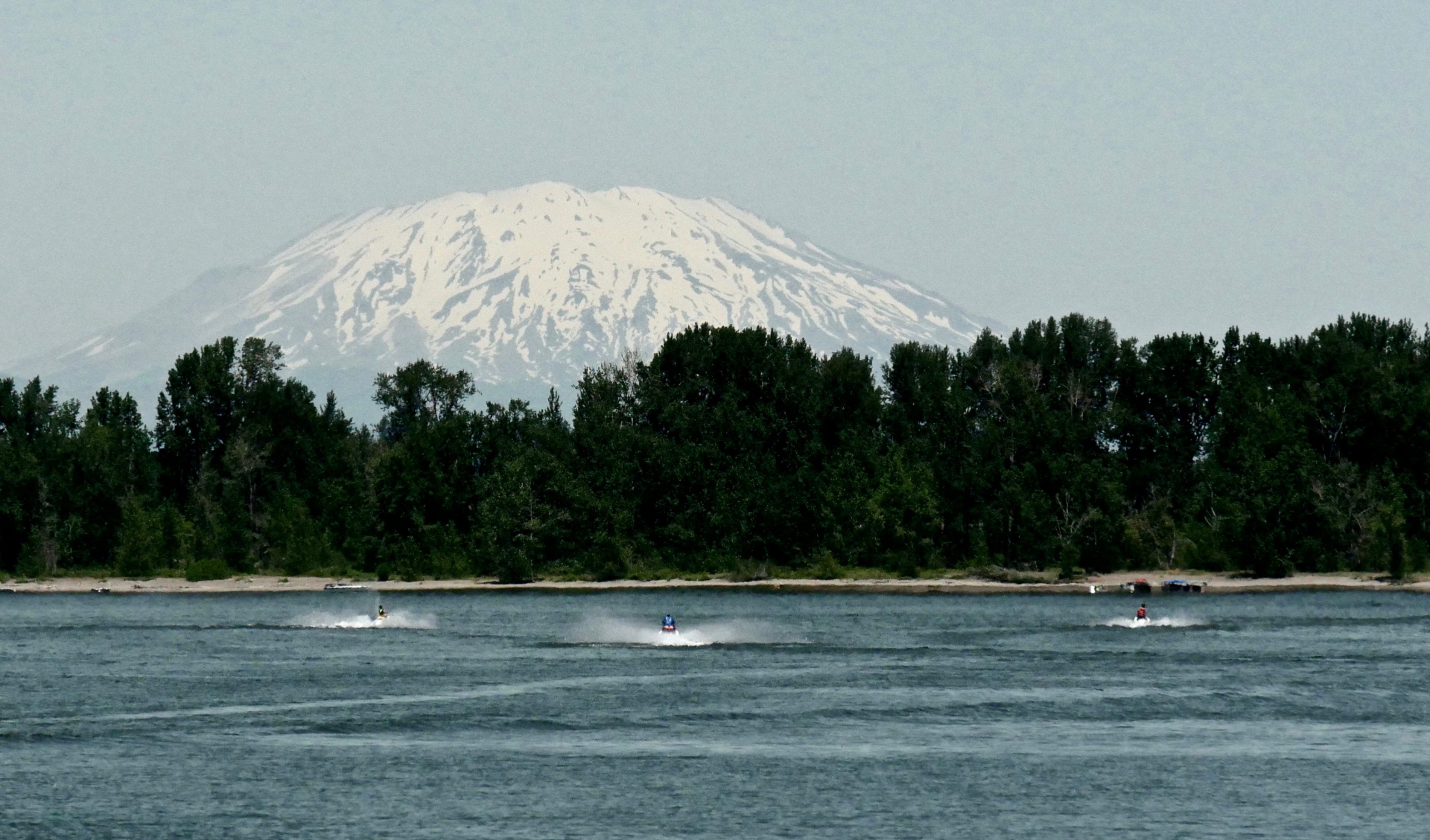 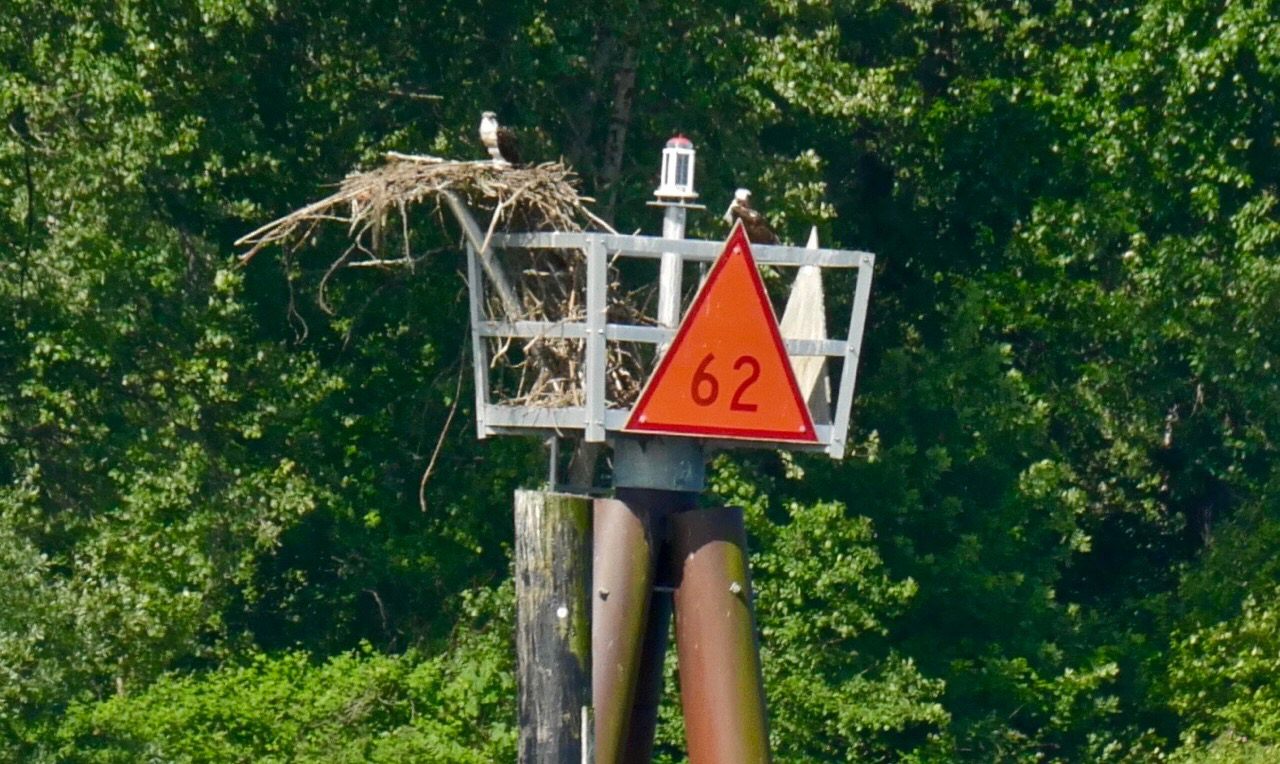 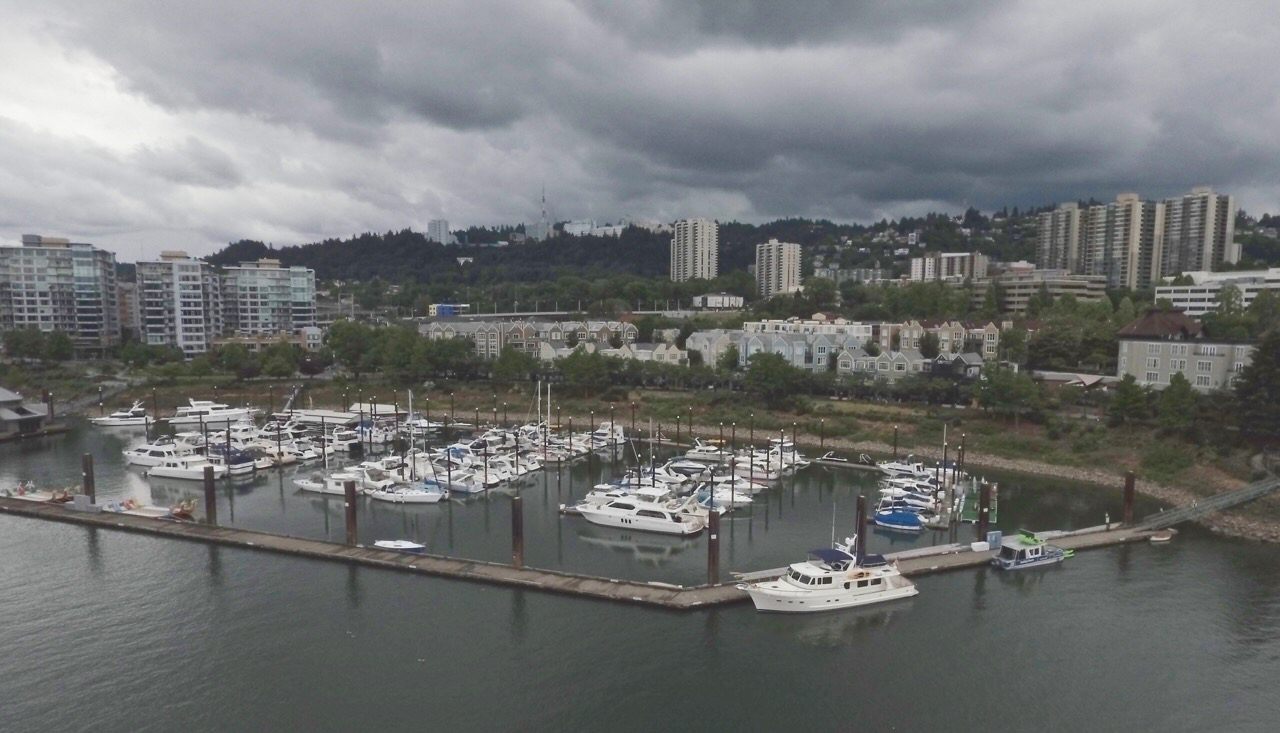 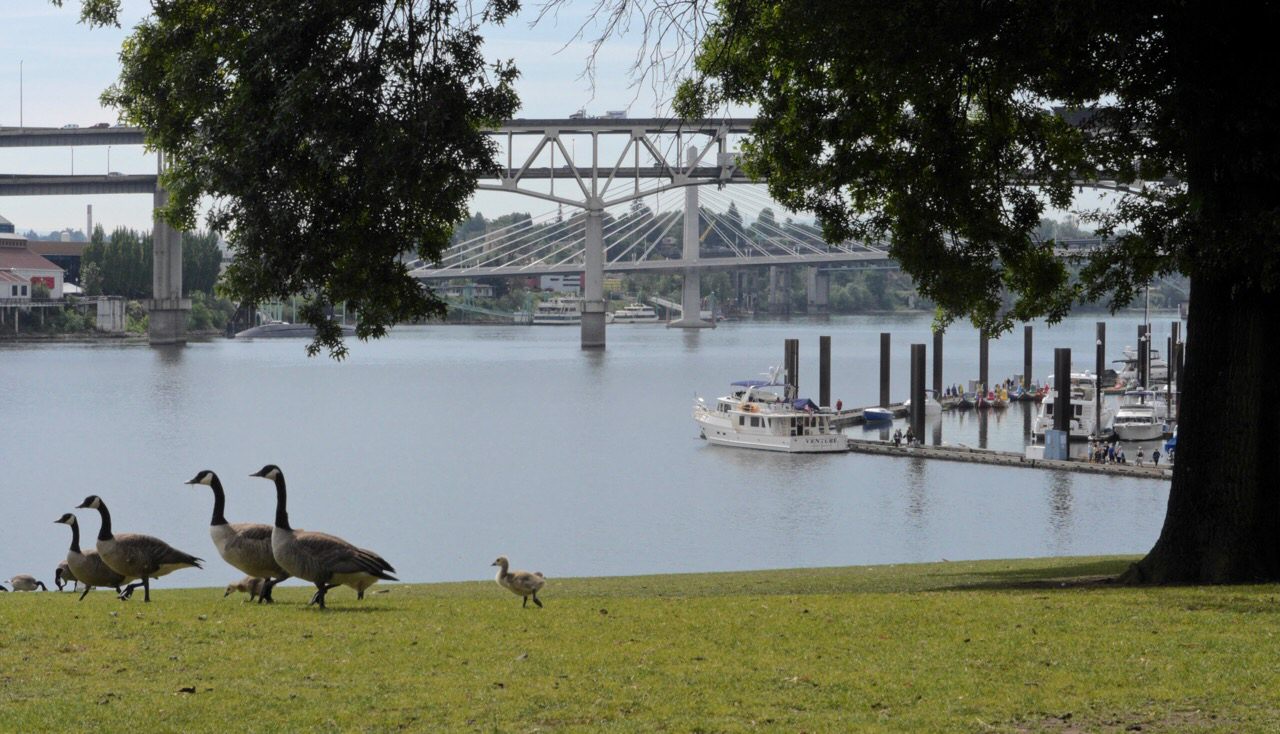 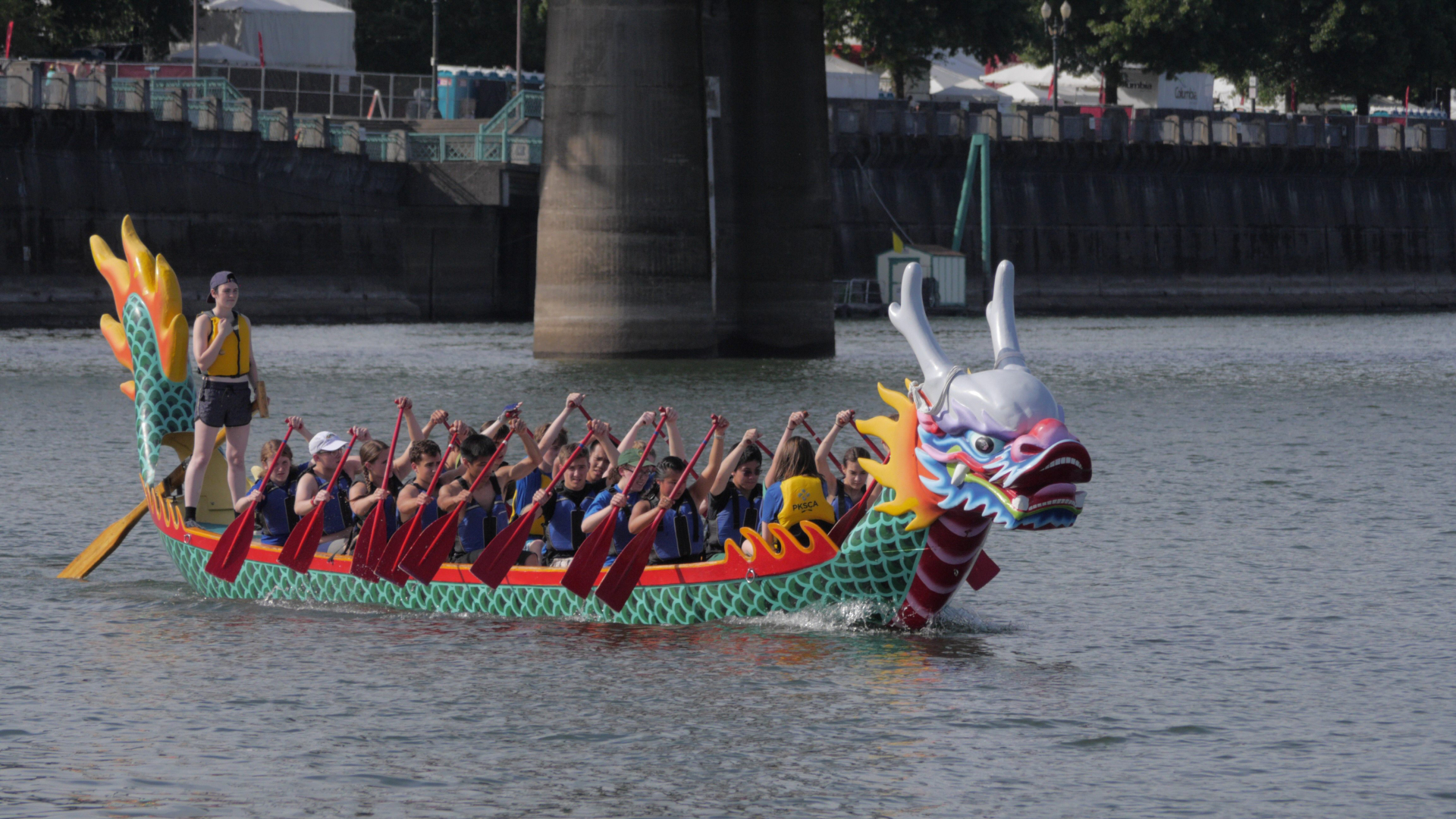 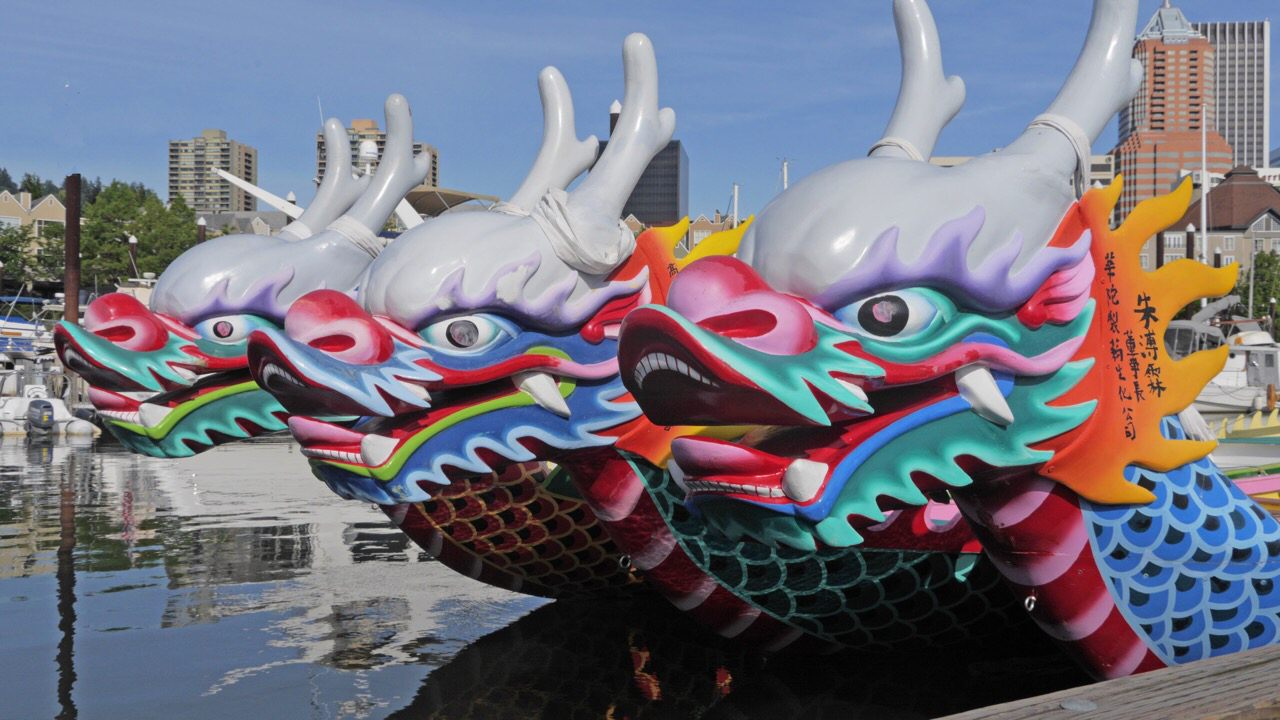 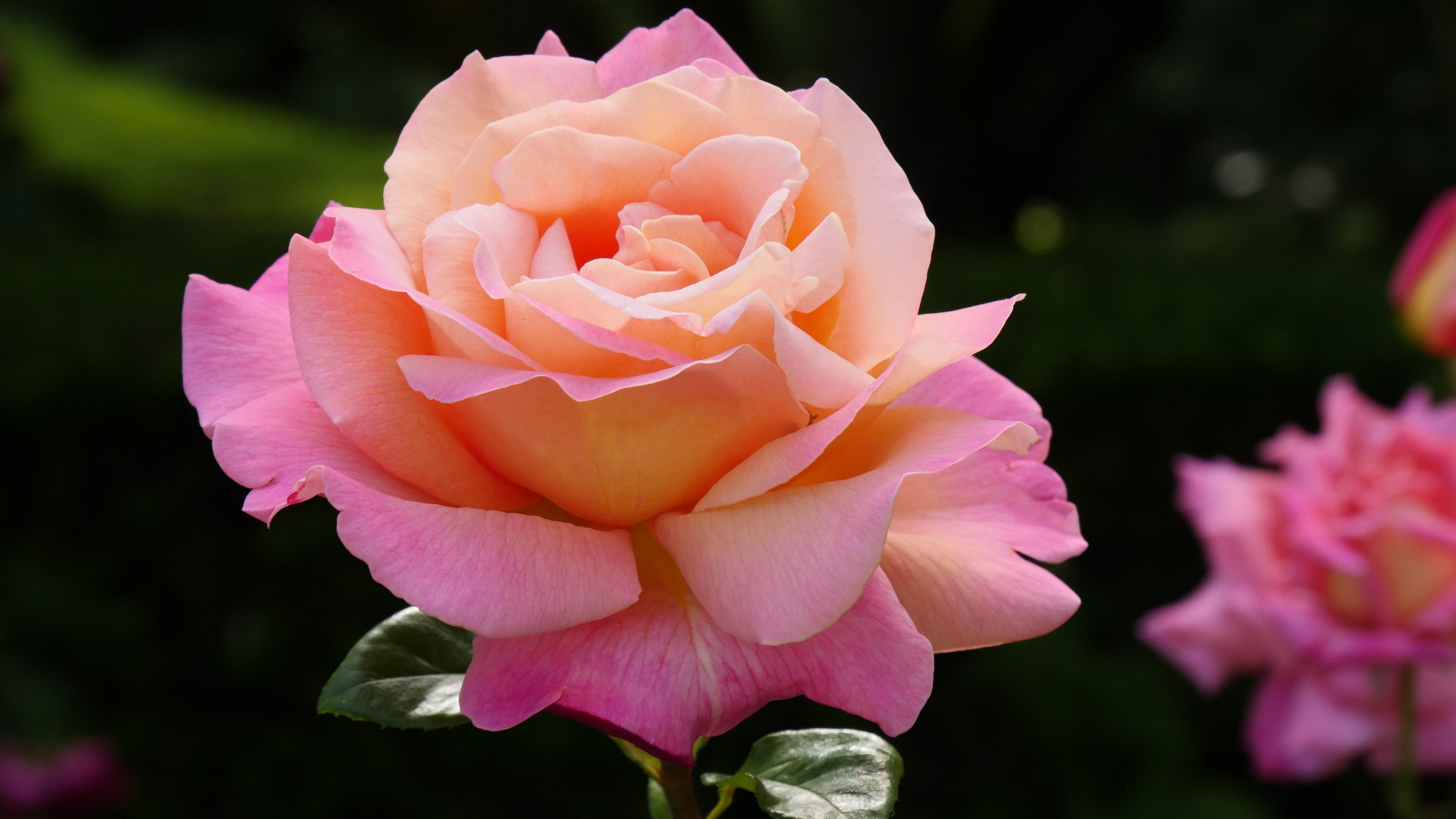 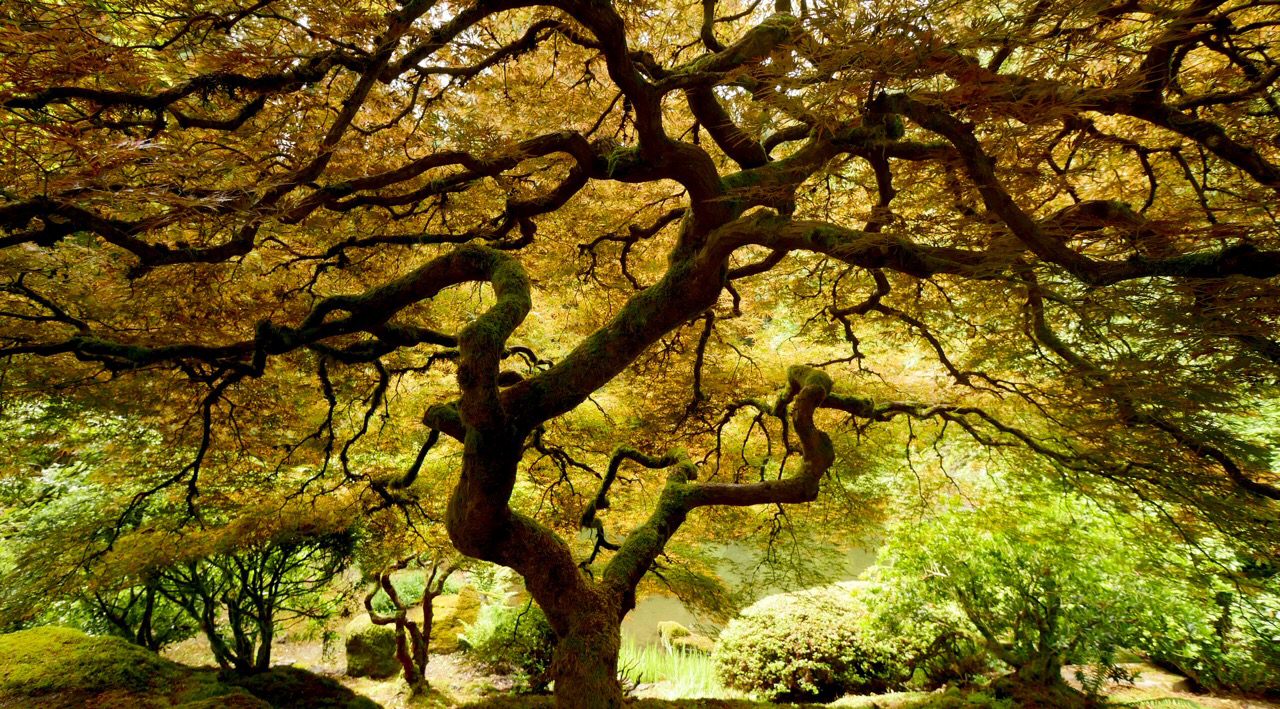 Those of you who regularly follow these blogs might recall that last year we ventured out to the wilds of the Aleutian Islands. This year, by way of total contrast, we are heading inland some 460 miles from the Pacific coast to Idaho. Yes - you read that right - Idaho!

Prior to leaving on this trip, we attended a Fleming Owner's Rendezvous in Sidney on Vancouver Island which attracted 30 Flemings and 121 attendees. A drive-by, in a V-shaped formation led by Venture (65-001) and Sea Trial (venerable 50-001 - the very first Fleming) were photographed by helicopter. This was followed one week later by Trawlerfest in Anacortes - organized by Passagemaker magazine - at which Venture was again on display and open to visitors. One evening a wonderful double rainbow arched over the marina.

On Wednesday May 25th, following these social engagements, we headed down the Straits of Juan de Fuca where we felt the incoming swells from the Pacific Ocean. The Olympic Mountains, carrying less snow than usual, dominated the skyline. We spent the first night anchored in the bay off the town of Neah Bay just around the corner from Cape Flattery. 87 nautical miles.

Thursday May 26th, 2016.
We are underway at 0645. The ocean is quite rough and on the nose as we head into the Strait. We take the short cut between the mainland and Tatoosh Island where the seas are calmer - although there are breakers on either hand. The ride becomes more comfortable as we turn south for our run down the coast. Regiments of swells - in the form of great, grey hills sweep up behind us on their relentless march towards the distant shore.

We tie up in Gray's Harbor at 1654 and enjoy a dinner of fish and chips at Bennet's.

Friday May 27th
We hear the patter of rain during the night but the morning is sunny with broken cloud. We walk to the Hearty Galley for a hearty breakfast before getting underway at 1045. The internet report shows the infamous Columbia River bar to be closed to boats under 30'.

After an uneventful run down the coast, we arrive at the buoys marking the outer approaches to the Columbia Bar at 1500. The seas are just three to four feet and, with the flood tide running with the ocean swells, our passage through the bar is undramatic. As we approach the bridge at Astoria (named after Astor) we meet an outgoing tug towing two barges heavily laden with wood products heading for Long Beach. We tie up at the West Basin marina at 1606.

Jonathan Cooper, the editor of Passagemaker magazine, meets us on the dock. He tells us he had walked out onto North Jetty to take photos of us coming in. 59 nautical miles today.

Saturday May 28th
We rent a car and, on a grey and slightly rainy morning, drive out to Fort Clatsop to visit the museum and tour the reproduction of the original Lewis and Clark fort in which they overwintered in 1805 after their epic overland journey from St Louis.

From here we drive to the Columbia River Maritime Museum filled with wide-ranging displays of everything marine. A large mural in the foyer illustrates the numerous shipwrecks which have occurred over the years in and around the Columbia River bar. A retired 44' coastguard launch, placed at an extreme angle, depicts a dramatic rescue at sea. Our visit to this interesting museum concludes with a tour of a retired Columbia River lightship.

Sunday May 29th.
A wet, misty morning morphs into a stunning day. We visit a street market before driving out to a 110 year old wreck - the "Peter Iredale". Being Memorial Day, the skeletal remains are serving as a somewhat hazardous climbing frame which is rather at odds with the dramatic scene I had imagined. Next stop is South jetty where we are impressed by its length and the enormous size of the rocks used in its construction. From there we drive to Fort Stevens which was the target of shelling from a Japanese submarine in June 1942. No damage or casualties resulted from this - the only attack by axis forces on the American mainland. We return to Venture and practice some drone flying from the car park.

Monday May 30th
Today is really the start of our trip up river. We are underway at 0643 under a bright morning sun. We encounter a number of ocean-going ships. To port, the land, rises steeply from the river, mantled with a cloak of deciduous trees. To starboard the terrain is flatter with distant hills. The lower reaches of the Columbia - we cannot call it a delta - is a maze of islands but is well marked. Almost every marker is host to an osprey nest containing a nestling. We run at our normal speed of 9.5 knots and make good time despite having the current against us.

We spot Mount St. Helens on the horizon and are reminded that the Columbia River was also affected by the eruption on May 18th 1980. Silt carried into the Columbia from the Cowlitz River reduced the depth of the Columbia from 40' to 14' trapping deep draft vessels at Portland and Vancouver.

We notice many gravel banks deposited by massive floods, once a regular occurrence before the river was tamed by a succession of dams.

We tie up at the city dock in St Helens at 2pm. The current is sufficiently strong to keep both port and starboard props turning at the end of their free-running Seatorque shafts. I photograph a small row boat containing two dogs - one serving as a figurehead and the other barking furiously at a red rubber ducky being towed behind. 63 nautical miles today.

Tuesday, May 31st
We are underway at 10.00 and practice some drone flying as we head upstream. We turn off the Columbia River into the Willamette and pass through numerous bridges. Only one - named Steel Bridge - requires we call for an opening and we only need the lowest level to be lifted. This has a clearance of 26' closed and 71' open. We arrive at River Place marina at 1344 and, as the guy in charge with whom we have booked a space does not respond to phone or radio calls, we tie up on the City docks outer float. We then learn that the berth we had been allocated is no longer available so we are stuck without power or water, on the outer float which is subject to wave action. 26 nm today.

Wednesday June 1st until June 5th.
We remain anchored at the City dock until the morning of June 5th. I find out from Louisa in Taiwan that Portland is twinned with the Taiwanese city of Kaohsiung and, since 1989, an annual Dragon boat competition - using Taiwan style boats - has been organized by the Portland-Kaohsiung Sister City Association with up to 96 teams taking part. Streams of people of all ages and shapes troop past the Venture on their way to and from the colorful and authentic dragon boats parked further along the dock.

We visit the Rose Gardens for which Portland is famous and spend a couple of hours wandering among the wonderful array of roses in air perfumed with their scent. We cross the street to the Japanese Garden which opens at ten o'clock to the general public and is soon thronged with too many people to be ideal for photography. It is best to visit both these places as early in the day as possible.

The temperatures during our stay in Portland have been unseasonably hot - reaching more than 100 degrees F over the weekend. This is at least 25 degrees above normal for this time of year. On June 5th we leave the Willamette River and return to the Columbia to relocate to the Columbia Yacht Club who have invited us to stay. From there we will resume our journey inland.

Continue on to Part Two of Tony's Trip To Idaho.